Bring it on: Gary Locke insists he can handle Ayr United pelters as ex-Kilmarnock boss goes back to Somerset Park

RAITH ROVERS manager Gary Locke has told Ayr United fans that he will lap up any abuse they hurl his way as the former Kilmarnock boss prepares to take pelters at Somerset Park.

The 41-year-old was assistant manager of Killie when the fierce Ayrshire rivals last met in August 2014 – with the Rugby Park men claiming a 1-0 win – before spending 11 months in charge following the departure of Allan Johnston.

And he fully expects a hostile reception on the west coast as he endures a baptism of fire in his first Championship fixture with the Rovers. 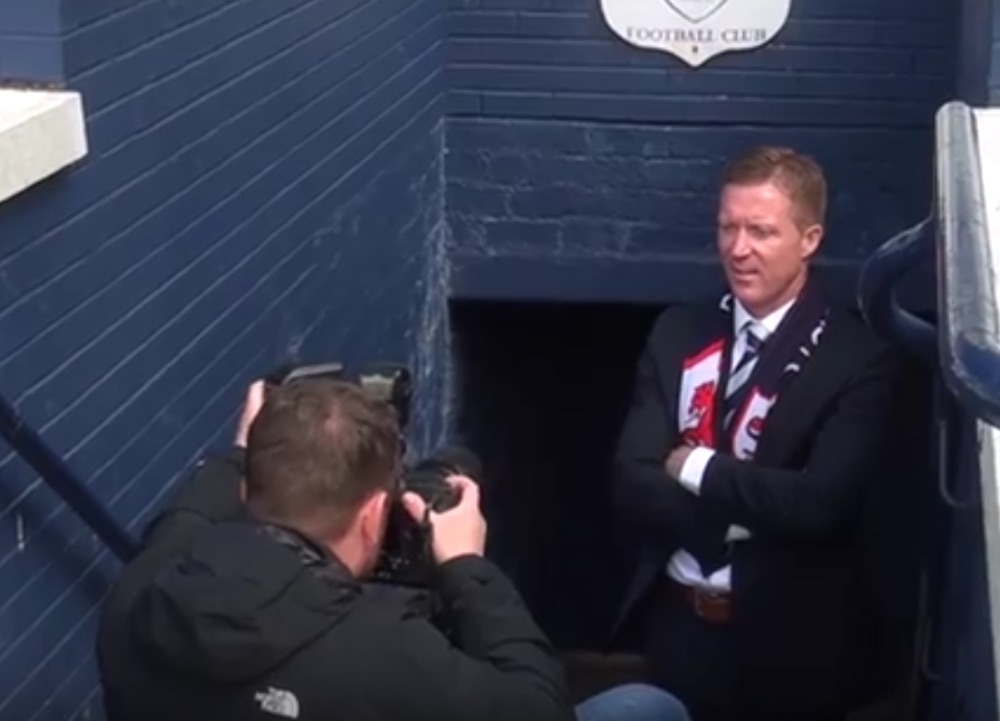 However, after surviving numerous trips to Easter Road in the colours of Hearts, Locke has told the home punters to take their best shot.

He smiled: “You can’t change your past and, being a former Kilmarnock manager, I’m sure I’ll get plenty of stick, but I’m sure it will be good natured. And if they are giving me pelters then it probably means my players are doing well.

“With having my assistant Darren [Jackson] beside me in the dugout, we get stick pretty much every ground we go to.

”It’s certainly not a problem for me and something I can handle. I’ve been to Easter Road with my Hearts background and handled that, so I’ll be able to deal with whatever happens and focus on my team on Saturday.

“Ayr are a big club with a good fanbase and we know they’ll put us under pressure. They have a couple of lads who have played in the Premiership so it won’t be easy. I’ve been down to Somerset Park with several clubs and it has always been tough and a real battle.”

Setting the scene for a mouth-watering Championship campaign, Locke has claimed that every team in the second-tier could hold their own in the Premiership as he targets a playoff place.

He believes that the sight of traditional powers such as Hibs, Dundee United and Dunfermline fighting for, at best, two promotion spots simply underlines the case for an expanded top division.

Locke continued: “It will be a really tough league, in my opinion every team is capable of beating each other and that wakes it a really exciting prospect. It’s just about who will emerge as the most consistent and we need to make sure that is us.

“I think this could be as exciting as the Premiership. If you look through the Championship, I think every team could could go up and hold their own in the top flight. I don’t think there is any doubt about that.

“That is why we should be looking at making the league bigger. Everyone is calling for it so I don’t see any reason why we are not looking more closely at it.

“Anyone can see there are a lot of massive clubs in this division – Hibs, Dundee United, Dunfermline, ourselves and Falkirk – and I think it will be hugely competitive and we can’t wait to get started.”

Meanwhile, Locke has confirmed that luckless defender Craig Barr will travel to see a specialist after suffering a pelvic injury which has ruled him out for the foreseeable future. Midfielder Iain Davidson also a doubt for the weekend