Kenny’s side have enjoyed a fairytale run in the competition so far after beating BATE Borisov to put themselves within touching distance of the lucrative group stages.

Dundalk are potential opponents for Celtic ahead of today’s draw in Nyon after Brendan Rodgers’ side came through a nail-biting tie with Astana. 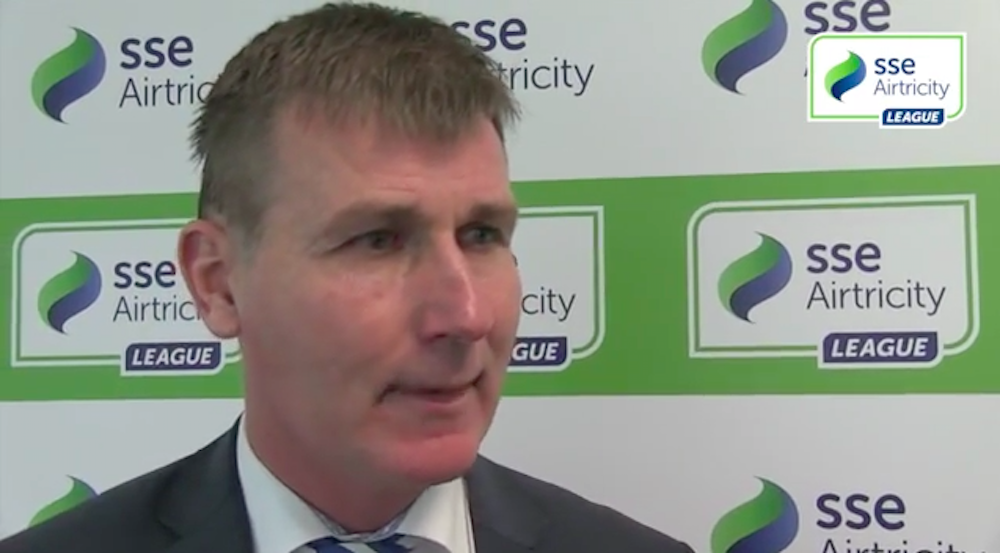 The League of Ireland champions could also be paired with Viktoria Plzen, Red Bull Salzburg, APOEL Nicosia or Legia Warsaw but former Dunfermline manager Kenny reckons his dream of taking Dundalk into the group stages will be made easier if they avoid the Hoops.

He said: “We could face Celtic. There are a number of clubs we could meet but from our point of view we want to meet the team that would give us the greatest chance of progressing to the Champions League, that’s the way we would view it.

“We’re not really interested in Celtic, it would be a glamour tie but we want the best opportunity to progress to the group stages. That’s our ambition.

“I’m not saying we don’t want Celtic. Now we’re in the fourth round of the Champions League we have to really focus to try and get there.

“We’ve come from nowhere, from the bottom of the Premier League to winning the league back to back and now we’re in the Europa League group stages minimum.

“BATE Borisov got to the group stages five years in a row and they played Roma last season and took four points off them in the group. They drew with Bayern Munich the previous year, every player in the team is an international and there are 600 European appearances within the team itself.

“They’ve shown the way for us, we’re a really small club.”

Kenny admits he has appreciated the support from Republic of Ireland manager Martin O’Neill after the former Celtic boss congratulated the players in the changing room after Tuesday’s historic victory over the Belarusian side.

Speaking to talkSPORT, he added: “Martin was in the dressing room after the game, he has followed our progress.

“We beat Hajduk Split away two years ago, we won 2-1 over there and he attended the home game

“He sent me a message before the game and he was in the changing room afterwards passing on his compliments. Martin is fantastic, he is someone we really respect.”

Kenny hopes their play-off tie is moved to the 51,700 capacity AVIVA stadium with their own 3,000 seater Oriel Park failing to meet UEFA stadium criteria.

He added: “Our ground is extremely basic, 3,000 seats and it doesn’t pass the criteria.

“We played in Tallaght in Dublin on Tuesday and that has 6,000 seats, and in the next round it will possibly be at the national stadium, in the AVIVA stadium for the play-off round round.”