DUNFERMLINE ATHLETIC chairman Ross McArthur will realise every supporters’ dream tomorrow when he unfurls the League One championship flag at East End Park.

However, he is adamant the Pars’ journey back from the brink will not be complete until they have returned to Scottish football’s top table.

McArthur was a key member of Pars United, the fans’ group which rescued the club from administration in 2013, before becoming managing director following the supporter-led takeover.

This summer the lifelong Dunfermline supporter accepted the chairmanship of his boyhood heroes, replacing Bob Garmory ahead of what promises to be a fascinating Championship campaign.

But before the action commences against Dumbarton, McArthur will be tempted to pinch himself as he takes centre-stage in the pre-match festivities in front of a packed East End Park.

He smiled: “It will be a very proud moment for myself and, more importantly, for this football club.

“We have endured a difficult few years and, even if it is the third tier of Scottish football, celebrating a Championship is a very special moment after what we have come through.

“I never thought I would be unfurling a title flag at the club I have supported all my days, that is a bit of a dream.

“I’ve supported this club for the best part of 30 years and I’ve been lucky enough to see a few Championship celebrated in that time and had nice memories – it will be a different experience being on the pitch!

“However, this is a success that everyone – the players, the staff and the supporters – should share together.”

It could not be a more different scenario from the one he walked into three years ago.

He candidly describes the club as “a shambles” at every conceivable level as Dunfermline ultimately got their comeuppance for the financial mismanagement of the Gavin Masterton era.

Crippled under debts of more than £8 million, relegated to League One and “10 minutes from going out of business”, according to McArthur, before the Pars United rescue package, it has been a long road back.

However, the club is now on an even keel, looking upwards and McArthur’s wife may even see a little more of him these days.

He continued: “It has been a learning curve for me as well. I had never run a football club before and when you are coming out of administration there are 1001 things that need done.

“The place was an utter shambles, there’s no nice way to say that. It was disorganised, there were no procedures and nothing in place. We had to fix all that, while thinking ‘the football side is okay’.

“We learned later that there were a lot of things we needed to change on the football side as well and getting Allan [Johnston] in has been key.

“This is a small business in the great scheme of things, but a very complicated one. You have retail, hospitality, facilities, the stadium and much more.

“I’m a bit of a control freak around the club – you need to be hands-on and manage people – but we have appointed a new managing director in Michael [Mlotkiewicz], who will take on some of my duties as time goes on, so my wife might actually see me now and then!” 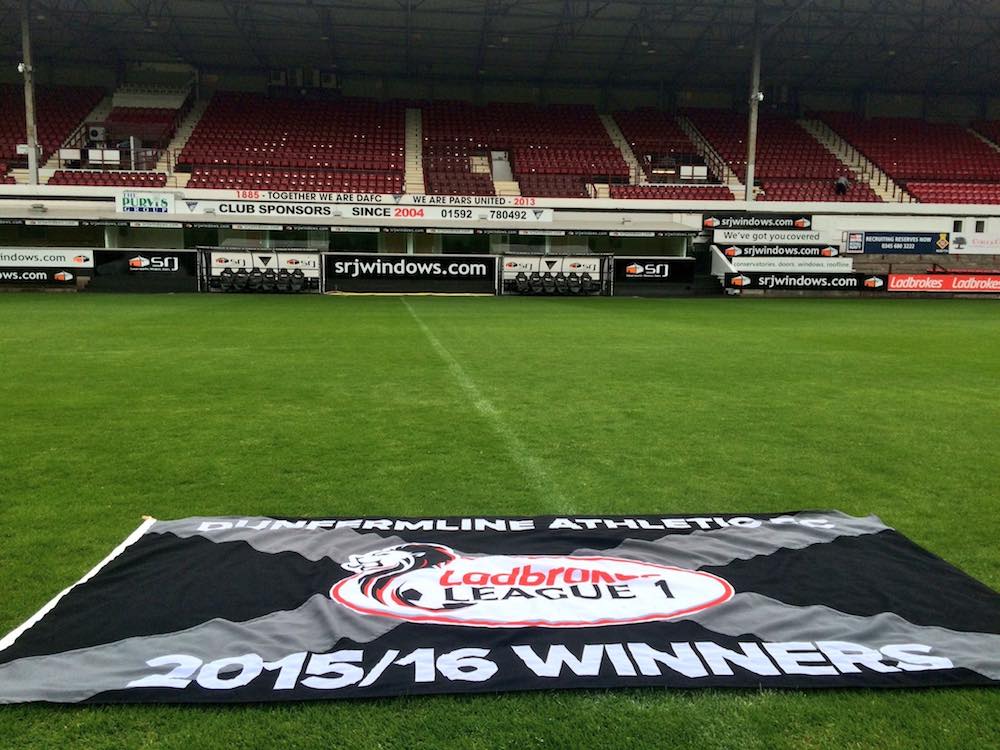 A successful business figure in the financial services sector having sold his own company to Standard Life, McArthur is visibly driven – and not one to rest on his laurels.

And, although merely targeting a playoff place in the coming season will suffice for the moment, he has loftier goals in the long-term.

McArthur added: “In terms of my aspirations in my time as chairman, I want us back in the Premiership where I believe a club of this stature belongs. However, everybody says that. The bottom line is you need to win games of football!

“I want Dunfermline back in the top-flight, but not as a yo-yo team – as a team that can consolidate with money in the bank.”