HEARTS have been handed a major boost ahead of the new season after midfielder Arnaud Djoum penned a new contract.

The 27-year-old’s deal was due to expire next summer but he is now committed to the club until May 2019.

Having originally arrived on a short-term deal in September last year, the Belgian then agreed fresh terms in December and the Gorgie outfit have moved quickly to extend that still further. 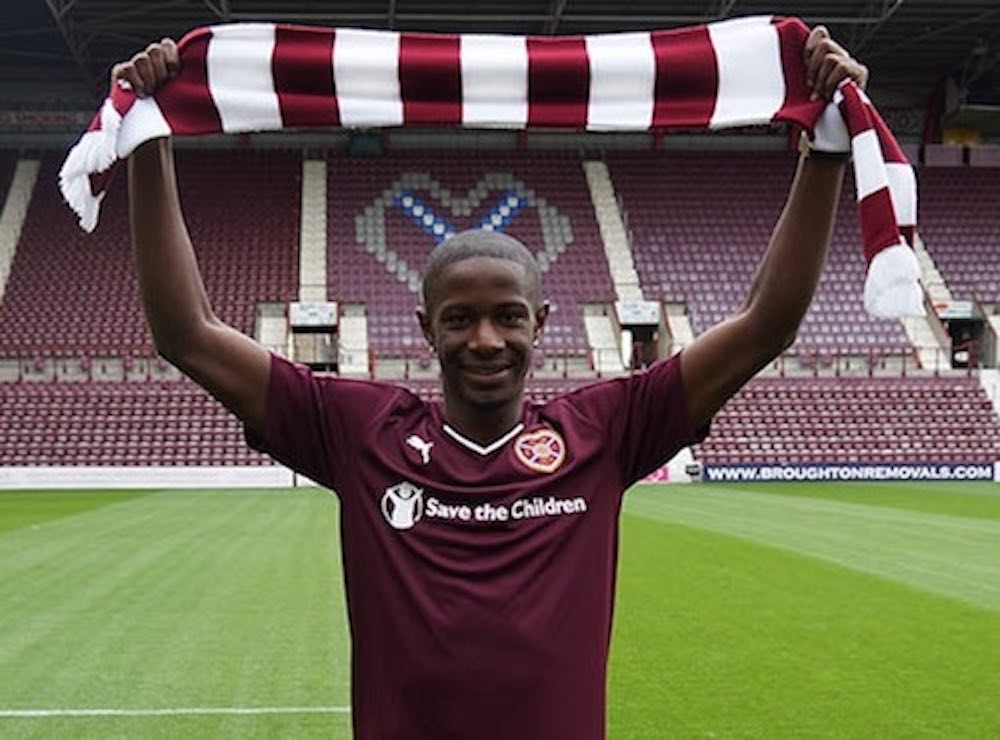 Head coach Robbie Neilson is thrilled with the business as he prepares his side to face champions Celtic in their Premiership opener on Sunday.

He said: “Arnaud has been immense for us since joining last season. His quality is there for all to see and I’m really pleased to tie him down until 2019.

“We were lucky to get him in the first place, to be honest. He’s a real talent with great techniques and vision.

“He’s also proved himself to be a proper team player, with an eye for goal thrown into the mix.

“I’m convinced the best is yet to come from him and I can’t wait to see him in action this season.”