From leaving behind his “comfort zone” of Dundee to finding an elusive balance between defensive diligence and silky soccer, John Souttar acknowledges his switch to Hearts has been a steep learning curve on and off the pitch.

Souttar, 19, made the move to Tynecastle from Dundee United in January, ending a 10-year association with the Terrors and the City of Discovery, during which time he became the youngest player to ever represent United, making his debut aged 16 years and 99 days.

Tipped for the very top – much as his younger brother, Harry, is now at Tannadice – Souttar’s progress undoubtedly stalled amid patchy performances and a debate regarding his best position.

Initially seen as a rough diamond for Robbie Neilson to polish over time, even the Jambos head coach was surprised by the impressive nature of the youngster’s first outings in maroon.

As a consequence, Souttar made 16 appearances in the second half of last season and largely impressed along-side a revolving cast of central-defensive partners including Alim Ozturk, Jordan McGhee and Blazej Augustyn.

He did, however, endure a few afternoons to forget, including a 3-1 defeat against today’s opponents, Celtic, on their last visit to Gorgie, in which he was culpable for a Leigh Griffiths goal and run ragged by Partick Roberts and Colin Kazim-Richards.

That prompted criticisms with which he has become familiar: ‘not aggressive enough’, ‘not strong enough’ and ‘tries to play too much football’. Souttar acknowledges there is a middle-ground to be found as he matures.

“I know at times I have overplayed which is something a lot of young centre halves do,” he said honestly. “But you don’t come in at 19 years old and be the finished article.

“I am sure a lot of big centre halves have made errors down the line. It’s all about learning, but I am a defender and I want to keep goals out of the net. Anything that comes on top of that is a bonus.

“The best in the business can do the basics and the other stuff. I want to be able do both. That comes with experience I think. Look at John Terry – he’s good on the ball but first and foremost he is a defender.

“And all of the top defenders are defenders before anything else. That’s what the gaffer has drilled into me. Sometimes when I was younger I would come out with the ball and pass it and think that was all I needed to do. It’s not.

“As I get physically stronger I am working my hardest behind the scenes to make myself a better player.

“There are a lot of people behind the scenes, from video analysis to sports science, helping me do that. When I was at United, I wasn’t physically developed and that wasn’t United’s fault, that was my fault too.

“But since coming here I have maybe seen the light and I have enjoyed it.”

He is adamant moving away from Tayside has also seen him mature as a man.

Away from his friends and family, Souttar has evidently grown up in the last six months as he adjusts to a change of home, city and dressing room for the first time in his career.

“When I was in Dundee I knew everyone, I was in my own comfort zone,” he admitted. “Now I have moved down here and I am totally out of that. I am living on my own, and I am enjoying it – I am just about coping!

“I have moved away from my family and that has helped me mature. I have learned a lot on and off the pitch and that can only be good. I’ve grown up as a person and a player since coming here.” 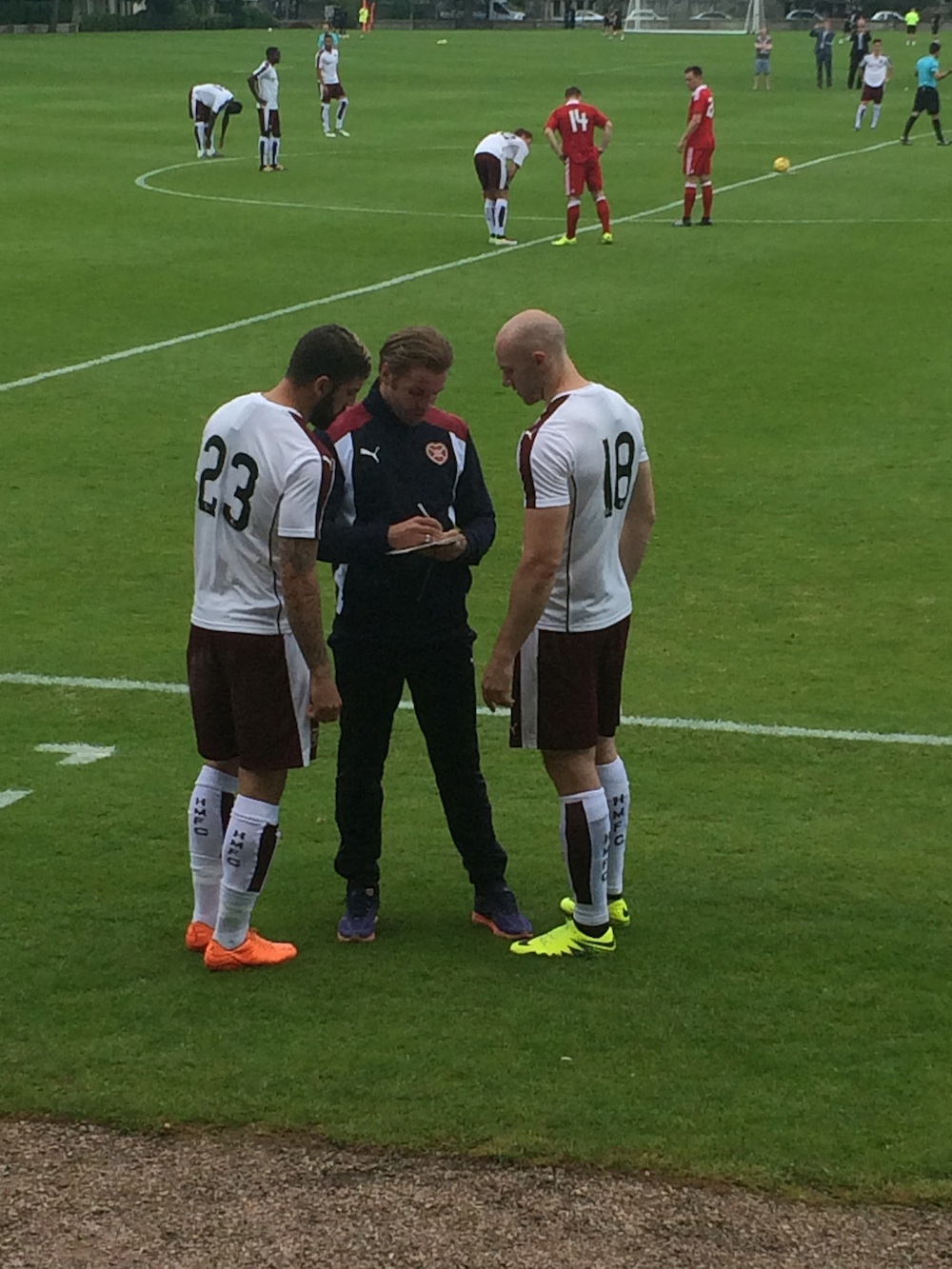 With Hearts captain Alim Ozturk suspended, Souttar will be pitched into the centre of defence this afternoon by Neilson, who has cut a relaxed figure in the build-up to this fixture despite heavy criticism following the Jambos’ chastening Europa League exit against Birkirkara of Malta.

In the face of an onerous start to the season, Neilson sees the opportunity to lay down a marker and replicate the heartening start to the club’s triumphant 2014/15 campaign in the Championship, which saw them win the league with a record points total.

“When we were in the Championship we played Rangers and Hibs in the first two games and got six points,” he recalled. “That set the tone for the rest of the season. We want to do that again.

“Those results bred confidence in the squad back then, as winning big games does. We play against Celtic, St Johnstone and Aberdeen in our first three games so it’s a great start for us and gives the players a great idea of where we need to be.”