FALKIRK are hopeful of having Danny Rogers fit again this weekend as the on-loan Aberdeen keeper battles a shoulder injury.

The Republic of Ireland under-21 cap missed Saturday’s 1-1 draw with Morton after playing in the 2-1 defeat to Hibernian on the opening weekend of the Championship campaign.

The 22-year-old is back at Pittodrie this week receiving treatment but has reported improvement in the tendonitis that flared up last week. 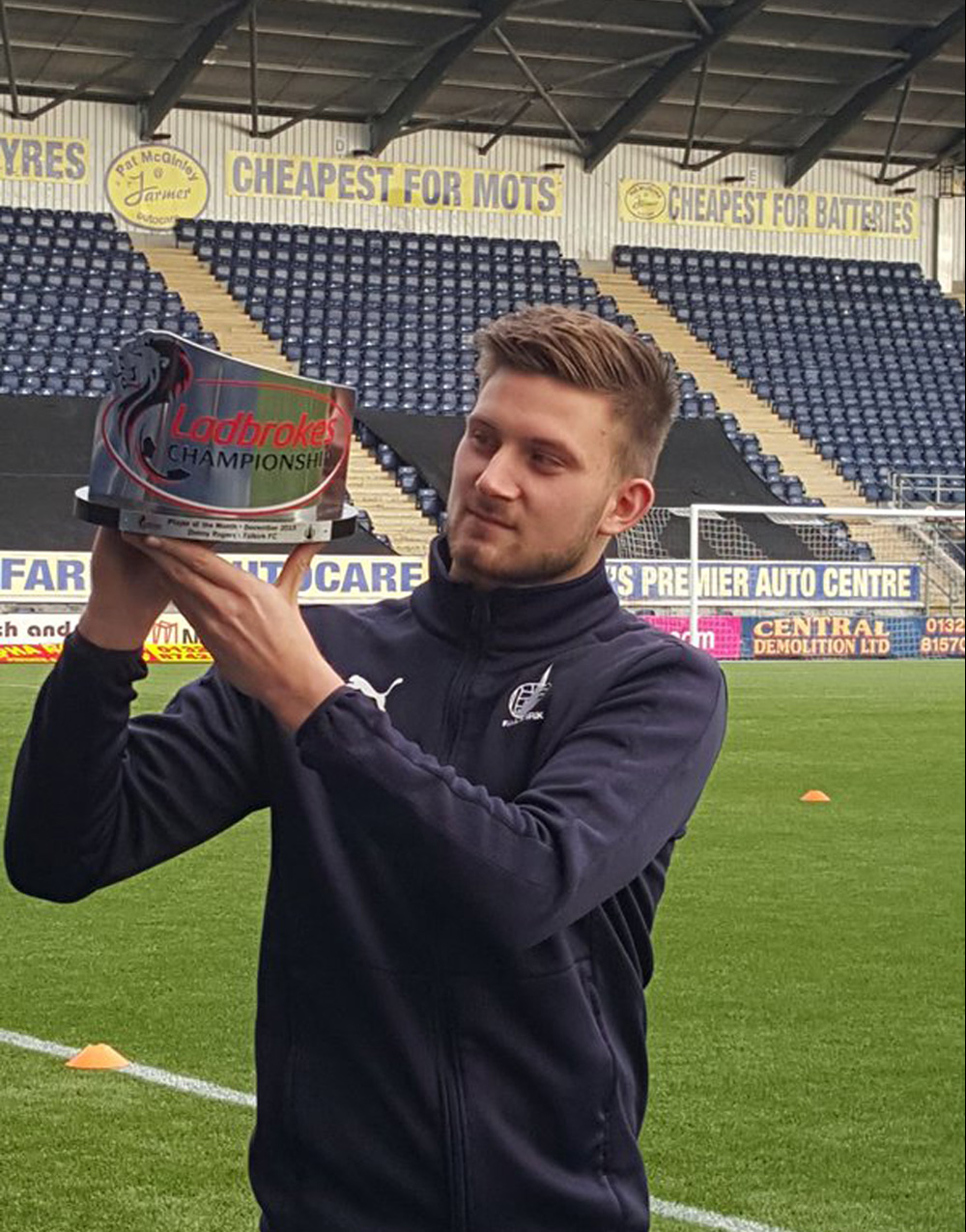 He will be assessed by the Bairns medical team on his return to the club on Thursday in the hope he will be available to face Queen of the South on Saturday.

Falkirk number two James McDonaugh said: “He’s away back up to Aberdeen. As part of the agreement we have with them he goes up there for a couple of days a week still.

“He’s not trained and he’s back up there getting treatment from their physio.

“He’s got tendonitis in his shoulder, which just kind of appeared from nowhere. We missed him on Saturday, so hopefully he gets back as quickly as possible.

“I think there’s a chance he could be back for Saturday. He was in on Monday and he said he felt better.

“He was due to get treatment on Tuesday in Aberdeen and we’ll see where he is when he comes back on Thursday.”

Meanwhile, McDonaugh reckons Craig Sibbald must be wondering what he has to do to win a move away.

With peers such as Jay Fulton, Stephen Kingsley, Blair Alston and Will Vaulks securing transfers in recent times, McDonaugh reckons the talented 21-year-old could be annoyed at being persistently overlooked.

However, the Bairns assistant-manager insists Falkirk are thrilled to still have him at the club.

McDonaugh added: “Sibbald has all the ability in the world and he’s probably frustrated at times when he sees people coming and going from here.

“He’ll believe he’s got the same ability, if not better, than them.

“But he’s been ignored or not taken away, for one reason or another. He must be past that time where he’s thinking ‘when am I going to get my chance?’.

“If you’re a Falkirk fan you want your best players at the football club.

“But for Craig Sibbald himself, he must be looking at the players who have left and think ‘I can go and do that’. I’m sure he’s ambitious, every footballer is.

“I think he enjoys his football here. But there comes a time when you want to go and better yourself and test yourself.”