HEARTS striker Juanma Delgado was last night locked in talks with Belgian outfit Waasland-Beveren as he edges closer to the Tynecastle exit door.

The 25-year-old travelled to Belgium yesterday morning for discussions with the Pro League outfit and is expected to formally complete the switch over the weekend.

Juanma has been informed he is free to find a new club despite his current deal running until June 2017 and it is understood Hearts could seek to snap up another striker once they have freed up the Spaniard’s wage. 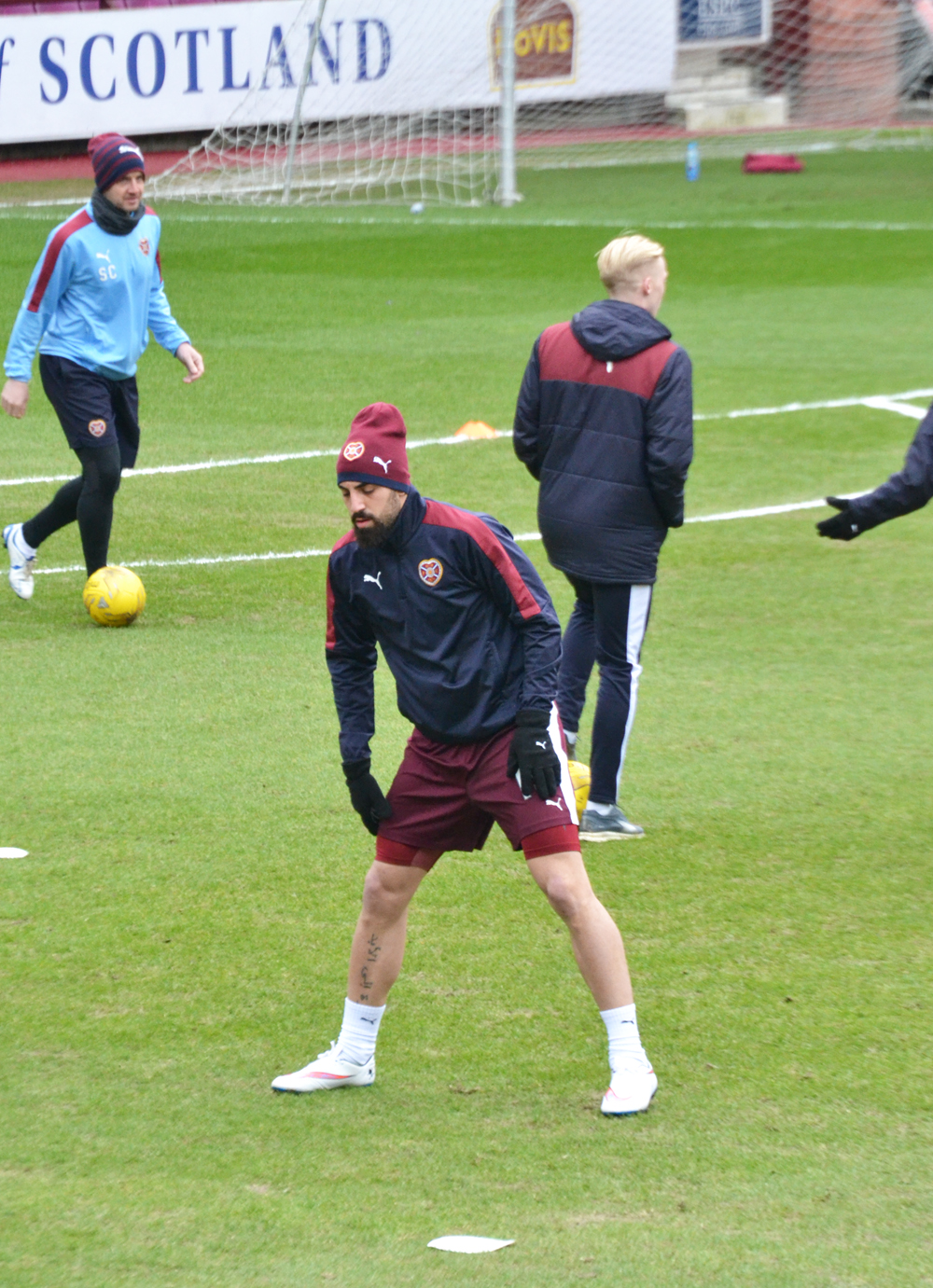 Despite being linked with a move to Dundee, sources close to the player have confirmed he would rather return to the continent than continue his career in the Scottish top-flight.

There is thought to be further interest in the player but Waasland-Beveren – currently third from bottom of the Pro League after failing to win any of their opening three league matches – are in pole position to secure the striker.

Juanma has slipped down the pecking order with the Jambos following the summer arrivals of Bjorn Johnsen, Tony Watt, Connor Sammon and Robbie Muirhead.

It is a fall from grace for the former Asteras Tripoli, Levante and Kalloni front-man, who enjoyed a blistering start to his Hearts career following his arrival last summer, scoring nine goals in his opening 19 games.

However, he found the net just four times in the final five months of last season and head coach Robbie Neilson recently criticised his performances, stating “he’s not been doing great in training and games.”