Neil Lennon delighted by Celtic progress but, with “something brewing”, insists he only has eyes for Hibs

HIBERNIAN head coach Neil Lennon listened to the updates filter through from Celtic’s thrilling Champions League win over Hapoel Be’er Sheva on Wednesday night – and admits all he could think about was St Mirren.

The Northern Irishman has been candid in admitting that he was interested in the Hoops vacancy prior to the appointment of Brendan Rodgers, while he never shirks a question regarding his former club.

However, Lennon was far from envious as Celtic took a step towards the Champions League group phase this week, insisting he is relishing his own challenge at Easter Road. 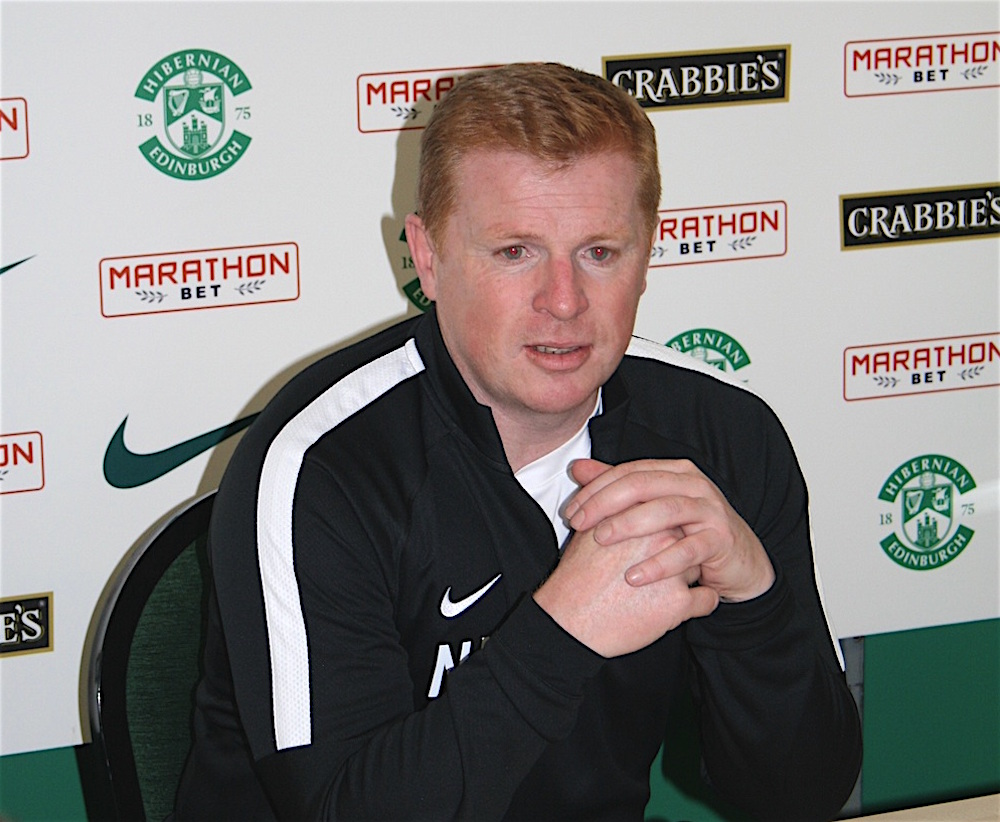 Indeed, he is adamant there is “something brewing” in Leith that he is thrilled to be a part of ahead of today’s trip to Paisley.

Lennon said: “I actually didn’t get to see the game but I was listening to the score coming in and I was thinking “brilliant, really good”, but straight away I started thinking about St Mirren.

“I was more excited about that. The anticipation started to build. I’m pleased for Celtic, obviously, and I hope they can negotiate the tie. But that’s not my pitch any more. I’ve got a big job on my hands here and I look forward to what lies ahead.

“I had a great time in that environment, but there is something brewing here. I’ve got to keep a lid on that, because in football you can go from a peak to very low just like that. All it takes is a defeat and everyone is analysing everything to death.

“But there is a feel-good factor. We’re winning games, albeit only two at the minute, and we’re the scalp that everyone wants to take. That can only be a good thing. I’ve been reinvigorated by the whole thing, to be honest. I know I don’t look happy all the time but I am!”

That sense of a club on the up was underlined last week when a crowd of 16,477 – the biggest gate in Scotland last Saturday – watched Hibs claim a 2-1 win over Dunfermline at Easter Road.

Lennon smiled: “I was really impressed with that, for a club in the Championship to get that crowd. For a club outside of Glasgow in this country, playing in the second tier, to have that kind of crowd is healthy – to say the least.

“It shows that I’ve come to a big club. And it shows that, if you can get it rolling, the punters will come.

Andrew Shinnie could make his debut this afternoon following his arrival on a season-long loan from Birmingham City and Lennon added: “I don’t think he lost much ability, I just think Gary [Rowett, Birmingham manager] pulled in a couple of players and Andy just  found himself down the pecking order a little bit.

“He obviously felt a little bit frustrated that he may not fit into Gary’s plans this year, but the opportunity has come for him to come here and play.

“At 27 he is at his peak, and I think he still has plenty in him. It will do him and his profile a lot of good if he comes here and succeeds.

“He’s a quality player, has good vision and can see a pass. He’s quite an elegant mover, he is very fit and he has got a goal in him as well. So I think we have done very well getting in this type of player.”