MARK Stewart is aware his stunning Fife derby strike is unlikely to herald a quick-fire return to the Raith Rovers starting line-up – but the striker is ready to play the waiting game.

After struggling with injuries during pre-season, the 28-year-old has started the campaign behind Lewis Vaughan and Declan McManus in the Stark’s Park pecking order but made the most of his opportunity to shine against Dunfermline on Saturday.

Within two minutes of springing off the bench, the former Falkirk and Dundee marksman had doubled Rovers’ lead with a stunning strike that clinched the Kirkcaldy outfit all three points and the bragging rights for their supporters. 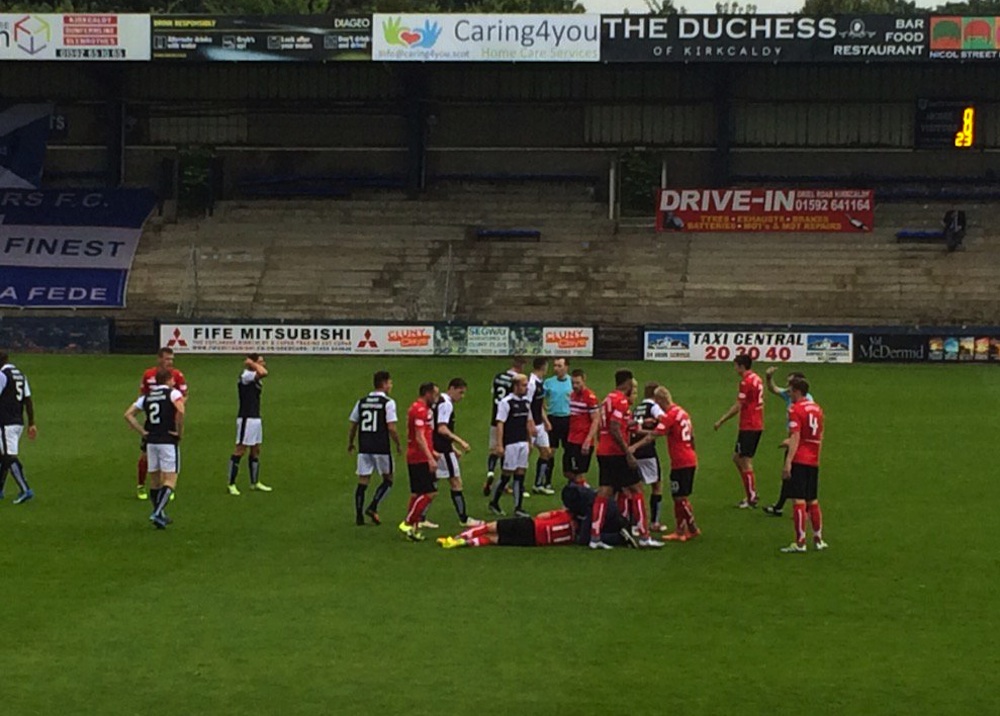 Stewart confesses he has endured a disappointing opening to the new season from a personal point of view.

But, with Raith sitting top of the Championship with a 100 per cent record from their first three matches, he is determined to get on with it.

“It’s always nice to score, especially having just come on and when it wrapped the game up,” he said after netting just eight minutes after Bobby Barr’s 71st-minute opener to seal a 2-0 victory.

“It was a good goal and I’m just happy that we won and we keep up the maximum points.

“Obviously, the boys have been doing well and I’ve found myself out of the team, which can be frustrating. But you just need to be professional and be ready to change the game when you go on.

“And you’ve always got a point to prove.

“You can only be professional, work hard during the week and wait on your chance.

“I obviously made an impact with the goal and I think my all-round play when I came on was good.

“Lewis and Declan have been doing really well and I’ve found myself out of the team after a frustrating pre-season. That’s part and parcel of football and you just need to take your chance when it comes.

“I had a few niggles and missed all the friendlies, so I’ve been playing catch-up.

“Lewis and Declan have been playing brilliantly and if I’m not starting next week I just have to be professional again.

“You get the disappointment out of the way straight away and get ready to come on and change the game.

“You don’t mope about it, you’re professional, support your team-mates and be ready to change the game when you come on and make an impact.

“That’s what I did and I’m delighted.”