Hearts and Wigan are ‘miles apart’ in their valuation of Callum Paterson after the Tynecastle club rejected a second improved bid for the defender.

A week after Gary Caldwell’s English Championship outfit had an offer in the region of £500,000 turned down, Wigan returned with a second bid but Hearts have again rejected their advances.

Hearts officials have indicated that there is little chance of a deal being concluded between the two parties as things stand, with the clubs said to be ‘miles apart’ in their estimation of the 21-year-old’s worth. Even though the Scotland right-back, who was included in Gordon Strachan’s squad for next month’s World Cup qualifier in Malta, only has a year to run on his contract, Hearts value the player at closer to £1 million

“Unless an offer comes in that we feel is acceptable, he’ll be staying here. It’s up to a team to come in and make an acceptable offer.

“Ten or 15 years ago, any offer that came in we’d have to take it. We’re in a great position now financially so we can keep a hold of our assets.

“I don’t think Callum is unsettled by it. Although he’s young, he’s an experienced boy. He’s played for Scotland, he’s played a lot for Hearts and he’s mature enough to know these things happen in football.” 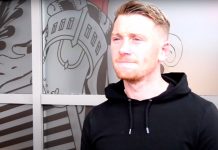 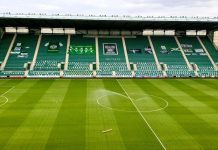