AN Outlander cook book has been ridiculed after featuring 18th Century Scottish classics such as tacos, fried chicken and enchiladas.

Outlander Kitchen is billed as the official companion to the hit drama series in which a Second World War nurse is transported to Highland Scotland in 1743.

While the book features classic several Scottish dishes, the Canadian author has filled out the volume with north American recipes such as “Maple Pudding”, “Apple Fritters” and “Sweet Potato Pie”. 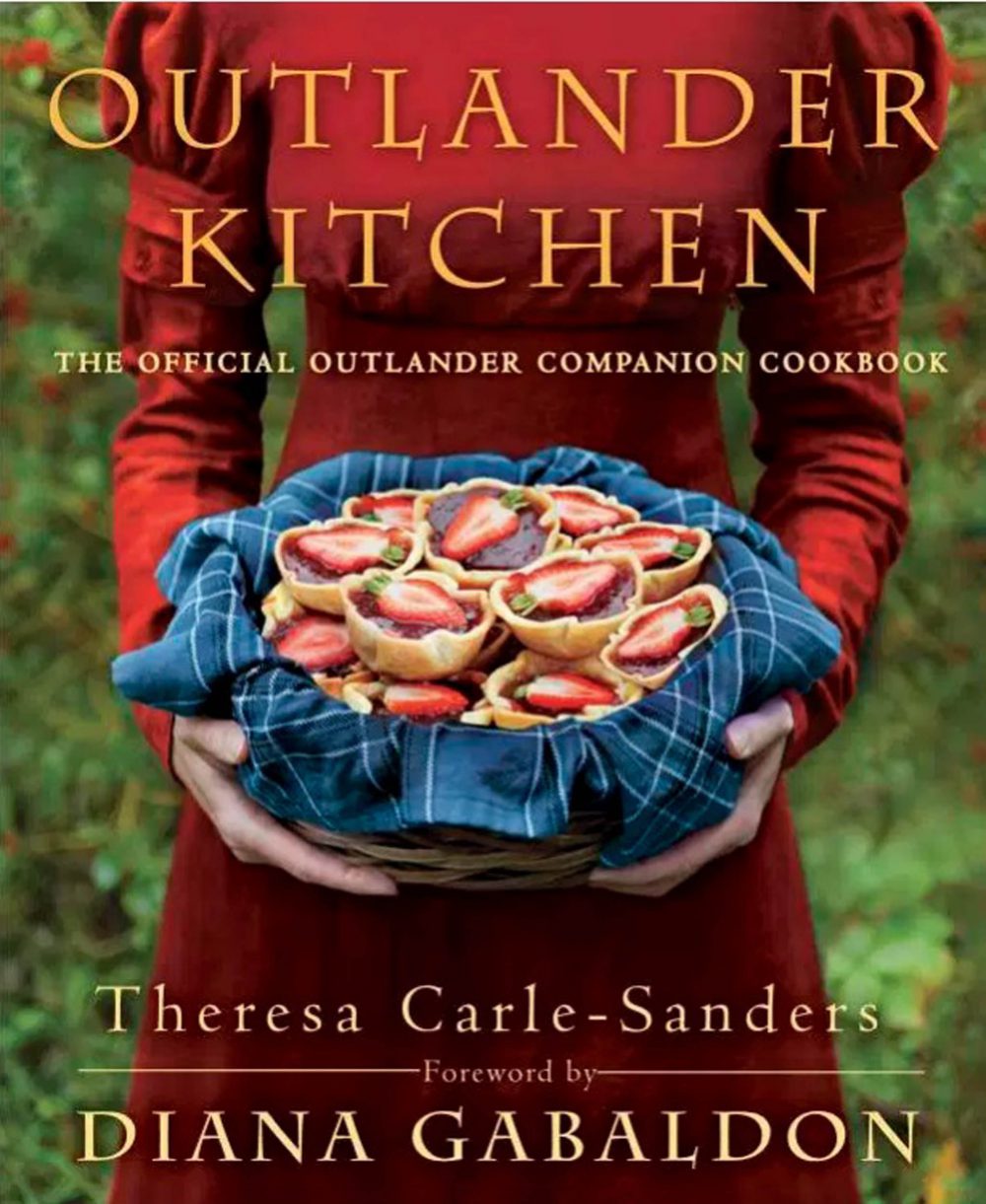 Theresa Carle-Sanders explained that readers did not want to eat 18th Highland dishes every day.

But Scottish chefs have hit out at the £25 hardback, which uses American phrases such as “mom”, and have accused Carle-Sanders of selling out.

One particular recipe, for cheese enchiladas, a dish that originated in Mexico, tells the reader to add “red chile peppers to taste” and “kosher salt”.

It then directs the reader to heat vegetable oil in a small frying plan to dip the fresh corn tortillas into, before they are baked.

Ben Reade, the co-owner of the Edinburgh Food Studio restaurant and culinary hub said: “Because of its links to a hugely popular TV series a lot of people will buy this book. Sadly, it will give them a warped view of what constitutes Scottish food.

“There are so many authetic dishes that would be hugely appealing to a North American audience. You could sell Scotland honestly to the world by including recipes for herrings with oatmeal, venison with red currant sauce, beautiful mackerel or lovage soup.”

Mark Greenaway, a celebrity chef and star of the BBC’s Great British Menu said: “The ingredients that we have in Scotland are so diverse, there is no need to pad out a book of this kind by expanding into food from other countries.”

“To suggest that people wouldn’t want to eat Scottish food all year is wrong. This book sounds very confused, which is a real shame.

“I’m all for other cuisines influencing our own foods, but dishes like pulled pork and sweet potato pie are not what Scotland should be known for and proud of.”

In the opening to her book, Carle-Sanders writes: “There is a limit to how much historical accuracy a 21st century cookbook can absorb, especially if it has any hope of finding a regular home on your kitchen counter rather than a shelf in your living room.”

Referring to the time-travelling plot line of the TV series, she says: “Outlander Kitchen is not a Scottish cookbook, nor a historical one. It’s an Outlander cookbook, meaning we have two centuries and several different countries’ cuisines to explore.”

Outlander was developer by American producer Ronald Moore, and is based on a series of novels by American author Diana Gabaldon.

Despite the time-travelling element to the plot, the majority of the TV series’s action takes place in Scotland.

World War II nurse Claire Randall and her husband Frank are visiting Inverness when after touching a stone at Craigh na Dun, Claire faints and awakes to find herself in the middle of a battle between Redcoats and rebel Scottish Highlanders.

In this period, oats would be a staple of the Scottish diet alongside wild game, including the native red deer, and fresh fish.