LEWIS Spence still cannot believe he did not win a late penalty for Dunfermline in Saturday’s defeat to Queen of the South.

But the Pars midfielder admits he and his team-mates have to come to terms with life in the Championship before they find themselves languishing at the wrong end of the table.

The Fifers’ 1-0 loss at home to Queens was their third defeat in a row after narrow reverses against Hibs and rivals Raith Rovers. 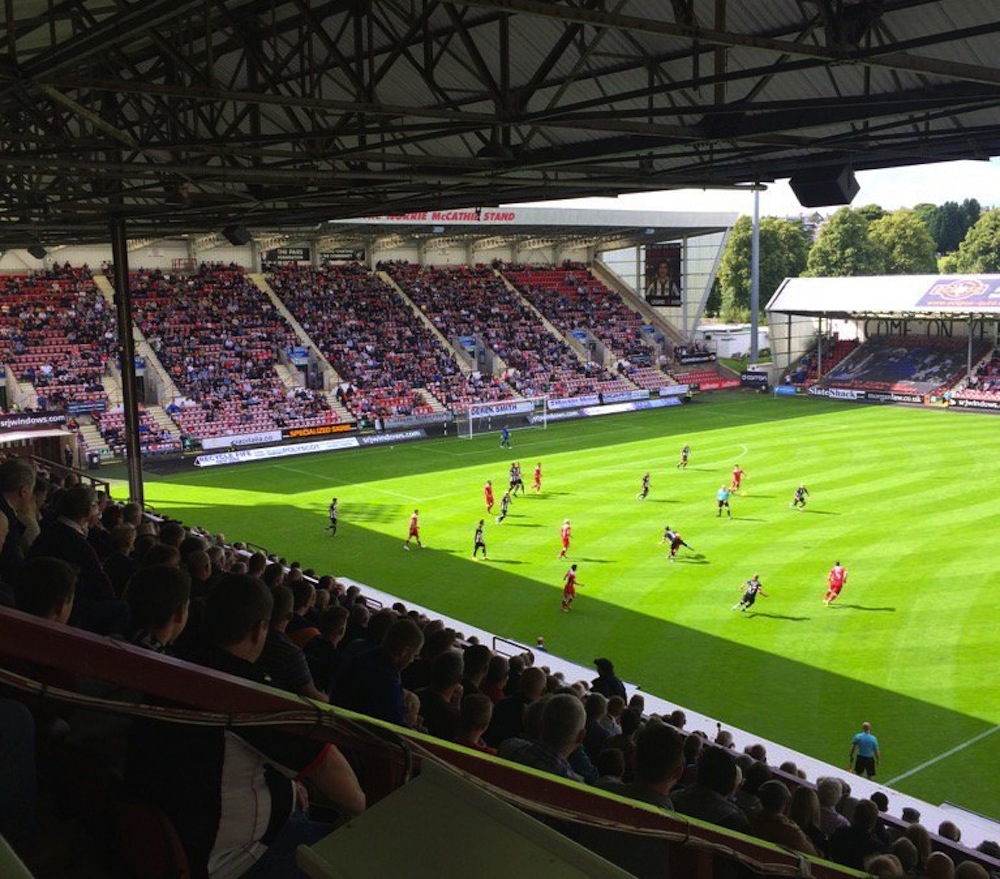 It is unchartered territory for Allan Johnston’s team, who swept all before them in winning League One last term.

But Spence is convinced they can get over a tough start to the campaign – as long as they come to terms with the challenge they now have.

He said: “It’s a very tough league and, before we know it, we could be down at the bottom of the league, so we have to get our fingers out.

“Last season was brilliant, we were winning nearly every game and playing great football, and the fans were loving it.

“Now, we’re under a wee bit of pressure. We’ve had three defeats and it’s something we need to react to, we can’t just hide from it.

“It’s still early in the season and I’m sure we’ll pick up. We’re maybe still getting used to the league but we need to get used to it quickly.”

Spence was a late substitute as Dunfermline, down to 10 men after the red card dished out to Jason Talbot, tried to salvage something in a grandstand finish.

The 20-year-old looked destined to bundle in an equaliser with just a minute remaining as he followed in on a Lee Robinson parry, only to be challenged from behind by fellow replacement Callum Tapping.

Spence added: “The shot’s gone in and I followed it in. I don’t know if it was a slide-challenge or a push or a grab, but something’s taken me off my feet.

“I was going to put it in and you don’t dive three yards out; I wasn’t trying to win a penalty.

“Something’s cleaned me out. If you take someone from behind, it doesn’t matter if you win the ball. He’s maybe came through and won the ball but he’s gone through me.

“The referee’s maybe been in the wrong position but they’ve got a hard job. I was raging and a bit frantic, with the crowd and everything, but I asked the ref and he just said ‘it wasn’t a penalty’.

“It’s done now and we can’t just blame it all on that.”