New Dunfermline striker Nicky Clark insists he is a better player for his Rangers experience after signing a two-year deal with the Pars.

Clark, who has been reunited with former Queen of the South manager Allan Johnston and dad Sandy, made the switch to East End Park on transfer deadline day after a move south of the border with Bury turned sour after just two months.

The 25-year-old League One and Championship title winner earned a transfer to Ibrox three years ago after his 41 goals helped the Doonhamers clinch the old second division title. 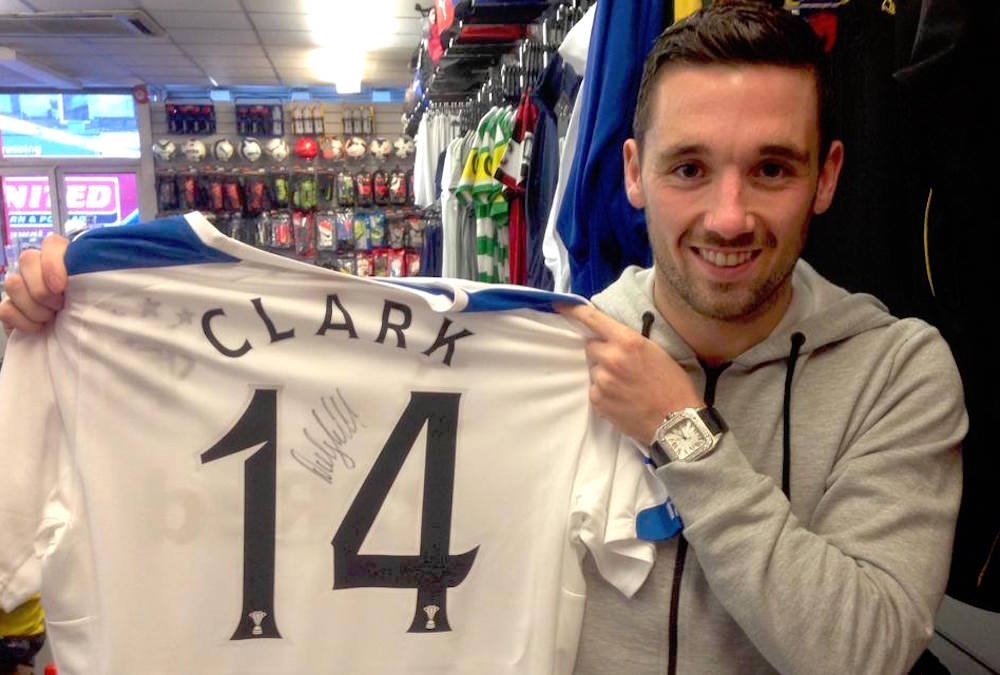 Even though Clark struggled for a regular run of games during his time in Govan, the marksman insists he still improved as a player.

He said: “I definitely consider myself a better all round player than the one that left Queen of the South to join Rangers.

“I’m obviously a lot more experienced playing at Rangers, they have international players all around the squad.

“I feel as though I’ve progressed a lot and hopefully I can bring that to Dunfermline and do well.

“There was the likes of Lee Wallace, Kenny Miller and Barrie McKay, it’s great having them around; hearing what they’ve done in the past and what they’ve learned from.

“They passed on a lot of information on the training ground, even in games. Hopefully I can bring that here.

“I know the manager really well from the Queen of the South days and there is obviously my dad as well.

“It was a great season for the club and me personally, scoring the amount of goals I did. If I get anywhere near that again then it will be another successful one I’m sure.”

Explaining why he returned to Scotland after only four appearances for English League One side Bury, Clark added: “I went down to Bury at the start of the season, I spoke to the manager (David Flitcroft) and I was buzzing to get down there.

“Things never went to plan and I never really got a chance to play in my right position. That’s in the past and I’m buzzing to go at Dunfermline.

“I don’t mind doing a job for the team but it just wasn’t working out. I had a discussion with the manager and the final conclusion was that it was best to move on.”

Clark’s move to Dunfermline also sees him reunited with his dad, the Dunfermline assistant manager, for a third time.

He added: “He was at Aberdeen when I was young and then at Queen of the South too.

“It’s good, he’s coached at a good level for a long time and he knows the game inside out. I’m delighted to be back working with him and Allan.”

Herron moved to the Seasiders on a two-year deal from from Celtic last summer but has struggled for game time at the English League One outfit.

Johnston said: “It was a wee bonus with John, we had been working on a striker for a long time.

“It came up last minute to be honest and there was a bit of rush to get it done.

“We had people at the club literally at midnight trying to get it sorted and put through, we got there in the end.

“He’s a good young player and we had good reports about him.

“He was playing in Blackpool’s first team only a couple of weeks ago and he scored against Bolton in the cup.

“It’s a good opportunity for him to come up and prove himself.”