AN award-winning haggis maker has sparked fury by making a “British” version of the dish – complete with Union Jack packaging.

Stahly Quality Foods, based in Glenrothes, Fife, launched the controversial product to tie in with the recent Great British Bake Off phenomenon.

Packaged in Union Jack colours, the tinned dish is described on the box as “Traditional haggis in a tin. Made with the finest British ingredients.” 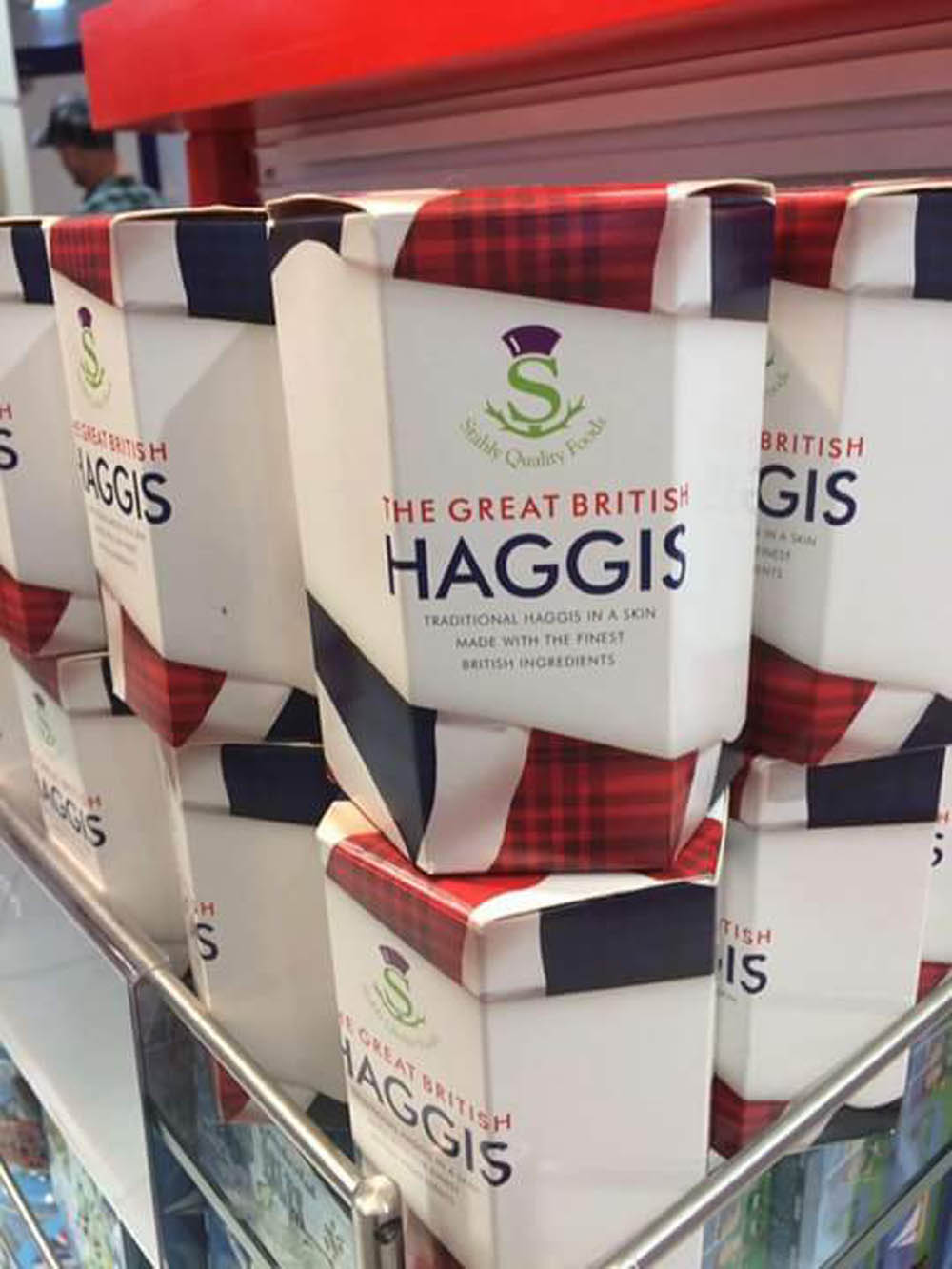 A description on the supplier’s website, reads: “The latest addition to the Stahly haggis family is the Great British Haggis.

“Made, of course, with the finest traditional ingredients, this modern take on the original Scotch Haggis is dressed to appeal to a wider audience.

“In a smart new coat of red, white and blue with a subtle hint of tartan to retain its proud Scottish heritage, the new Great British Haggis is a very modern version of a very traditional product.”

However, their latest addition has been described as an “abomination” by Scots, some of them still fuming about Tesco’s decision to remove the Saltire from boxes of Scottish strawberries.

Some social media users initially though the new haggis was part of a joke and that images had been Photoshopped.

But after going on the company’s website, dozens of outraged messages were shared.

Teine Sionnachan wrote: “It’s the real deal, thought it might have been Photoshop but nope. B******s.”

Twitter user Ysabelle Stewart ?said: “If you’re going to put Great British Haggis on a classic Scots dish, not only are you erasing our culture again, but you’ll lose customers.

“I also don’t think most folk in the rest of the UK expect haggis to have a British label, let alone ‘Great British’.”

Rival Scottish haggis makers have also hit out at the Stahly saying they should be promoting Scotland in every country they supply to.

Lindsay Grieve, champion haggis maker in Hawick, Scottish Borders said: “I’m not happy about it, put it that way.

“Haggis is Scottish and that’s about all there is to it so I’m not in agreement with them doing that. We should be promoting our own country.

“I don’t think they’ve thought this through.”

However JB Hamilton & Son, a butcher based in Biggar, South Lanarkshire, didn’t see any issue with the advertising.

Their spokesman said: “We are based down in Biggar and a lot of our customers are English and Welsh, as well as Scottish.

“Yes, haggis is considered a Scottish product but it’s enjoyed by our neighbours in England, Wales and I’m sure Ireland as well, so I would not criticise this branding.”

The move comes just a week after supermarket giant Tesco were heavily criticised for removing the Scottish flag from their Scottish strawberries.

The flag has been replaced with the union jack on boxes of strawberries and raspberries grown north of the border.

Tesco’s official Twitter account told one customer that the move followed complaints from English customers that their berries were not badged with the flag of St George.