RICKY SBRAGIA, the Scotland under-21 manager, has paid tribute to the “courage” of Leeann Dempster after the transfer window closed with Jason Cummings still a Hibernian player.

Whether that daring extended to the Hibs chief executive chartering a chopper to keep an eye on the irascible youngster is another matter entirely.

“There was a helicopter over The Oriam during training on Wednesday,” smiled Sbragia. “We thought it was Peterborough spying on Jason Cummings. Either that, or Leeann Dempster making sure he was still training!”

Joking aside, the Scotland under-21 boss is thrilled to see Cummings remain at Easter Road, where he is enjoying regular football and currently boasts six goals in five appearances this term.

Little wonder the 21-year-old was one of the most sought after young talents in Scottish football this summer, with a host of SkyBet Championship clubs including Derby, Cardiff and Brighton credited with an interest in the Easter Road hot-shot.

However, he penned a new four-year contract with the capital club in June and Hibs re-affirmed their determination to hold onto their prize asset when they knocked back a £1.7 million bid from the Posh.

“I think it is healthy for Scottish football that Hibs were string enough to knock that approach back,” continued Sbragia. “It is wonderful to see a talent like Jason continuing to play in Scotland.

“There would probably have been a time when Hibs would have help up their hands and taken the money, and I think it is good for us (Scotland under-21s).

“It is great that clubs are showing interest in young Scottish players, and that clubs are throwing a lot of money at them – but it shows a lot of courage to say no to those offers.

“Playing first-team football is the be-all and end-all for me, and it is terrific that he will continue to get that. He’s been happy and as good as gold.”

While Cummings will lead the line for Sbragia’s under-21s against Macedonia this evening, one prodigious forward he will be without is Oliver Burke.

The newly-crowned most expensive Scottish footballer of all time has been fast-tracked from the under-19 set-up to the senior squad, with Sbragia revealing the discovery should be credited to SFA scout Mick Elliot.

Former Marine Elliot, who was awarded an MBE in 2003 after 30 years of service in the Royal Navy, has worked for the likes of Benfica and Manchester City.

“Oliver was brought to our attention by one of our scouts in England named Mick Elliot and Scott [Gemmill] called him up to the 19s,” he added. “But Mick was the first one to spot him and find out he was eligible.

“To go from the under-19s straight to the senior set-up is fantastic for him, Kieran Tierney did the same. I hope there is never cause for me to bring Oliver down – barring a special occasion that we really need him for.

“People say ‘it hurts you’. Well it, doesn’t hurt me, because all we do is bring in other young players and give them an important feel of international football and to try and step up a level. We are about developing players.”

Meanwhile, Liam Smith, the Hearts defender, believes the proliferation of Tynecastle stars in the international set-up is credit to the progress made by the Jambos since their return to the top-flight.

Smith is set to start against Macedonia at Tynecastle tonight and could feasibly be joined by Sam Nicholson and John Souttar – as well as Jordan McGhee and Billy King, Hearts youth products on loan at Middlesbrough and Inverness respectively.

Tony Watt, Callum Paterson and Jack Hamilton are all in Scotland’s full squad.

“I think that is a credit to the club and shows how well we have done in the last 18 months,” lauded Smith. “We are brining top players like Tony [Watt] to the club, and bringing through Jack [Hamilton] and Cal [Paterson].

“It also proves that if you do go in and do well for Hearts then there is that opportunity for recognition.” 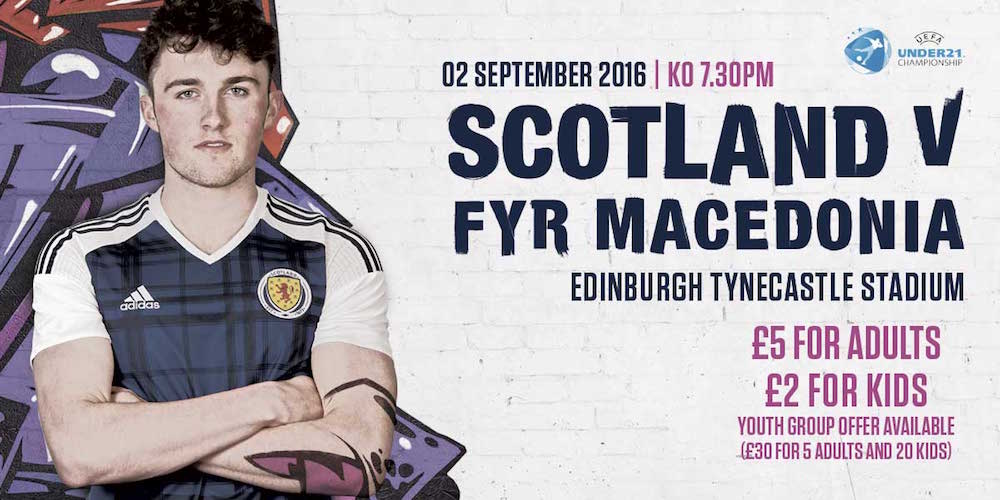