DAVID Hopkin fears something of a logistical nightmare and financial burden for Livingston after they were drawn to face Crusaders in Belfast on the same weekend as Northern Ireland play a World Cup qualifier.

The West Lothian outfit were paired with the Northern Ireland Premiership champions and league leaders in Tuesday’s draw for the last 16 of the revamped IRN-BRU Cup.

Hopkin admits the competition could have been kinder to his club, who will receive £4000 to aid the costs of the match at Seaview in Belfast but face other off-field difficulties in planning for the match. 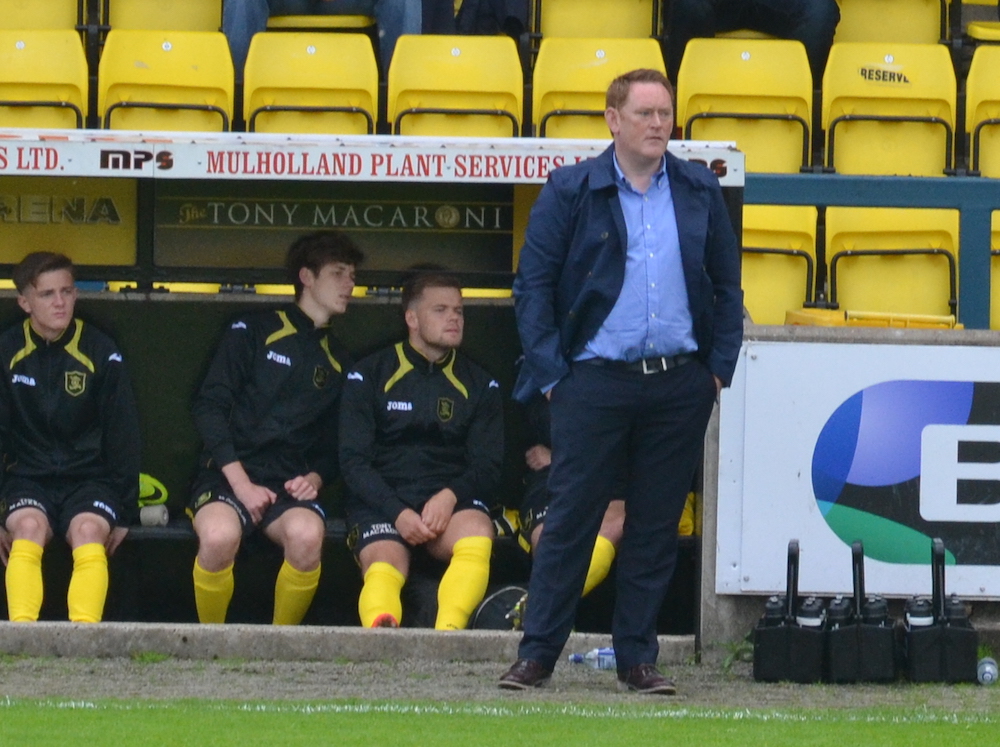 Although the exact day and kick-off time has not yet been confirmed, the tie is due to take place the same weekend as Northern Ireland host San Marino at Windsor Park on October 8.

The Lions manager is concerned that will bring organisational problems.

However, he is determined to take the positives from a game he expects to prove as tough on the pitch as it could be off it.

He told Capital City Press: “The draw certainly could have been kinder to us.

“It’s one of those games where the Irish, Welsh and Scottish teams involved in the cup will go in a bit blind. We’ll do our homework but we’re not going to know a lot about them.

“They’re doing very well in their league, so it will be difficult, but that’s the draw and you just get on with it.

“We’ll get so much money towards travelling but whether it covers the costs I’m not sure. We’re probably looking at an overnight stay as well as travelling on the ferry or whatever.

“It’s not ideal and things are complicated by the fact Northern Ireland are playing in Belfast that weekend. It could have been thought out better.

“But it will be a different experience for the boys, going to play in a different country, and we’ll try to win the match.”