A TEENAGE girl has caused a sensation by getting engaged to the 60-year-old former janitor of her old school.

Lisa was a pupil at Woodfarm High, East Renfrewshire, where Jim worked as the caretaker.

The couple say they have been an item since November last year and live in Thornliebank, East Renfrewshire. 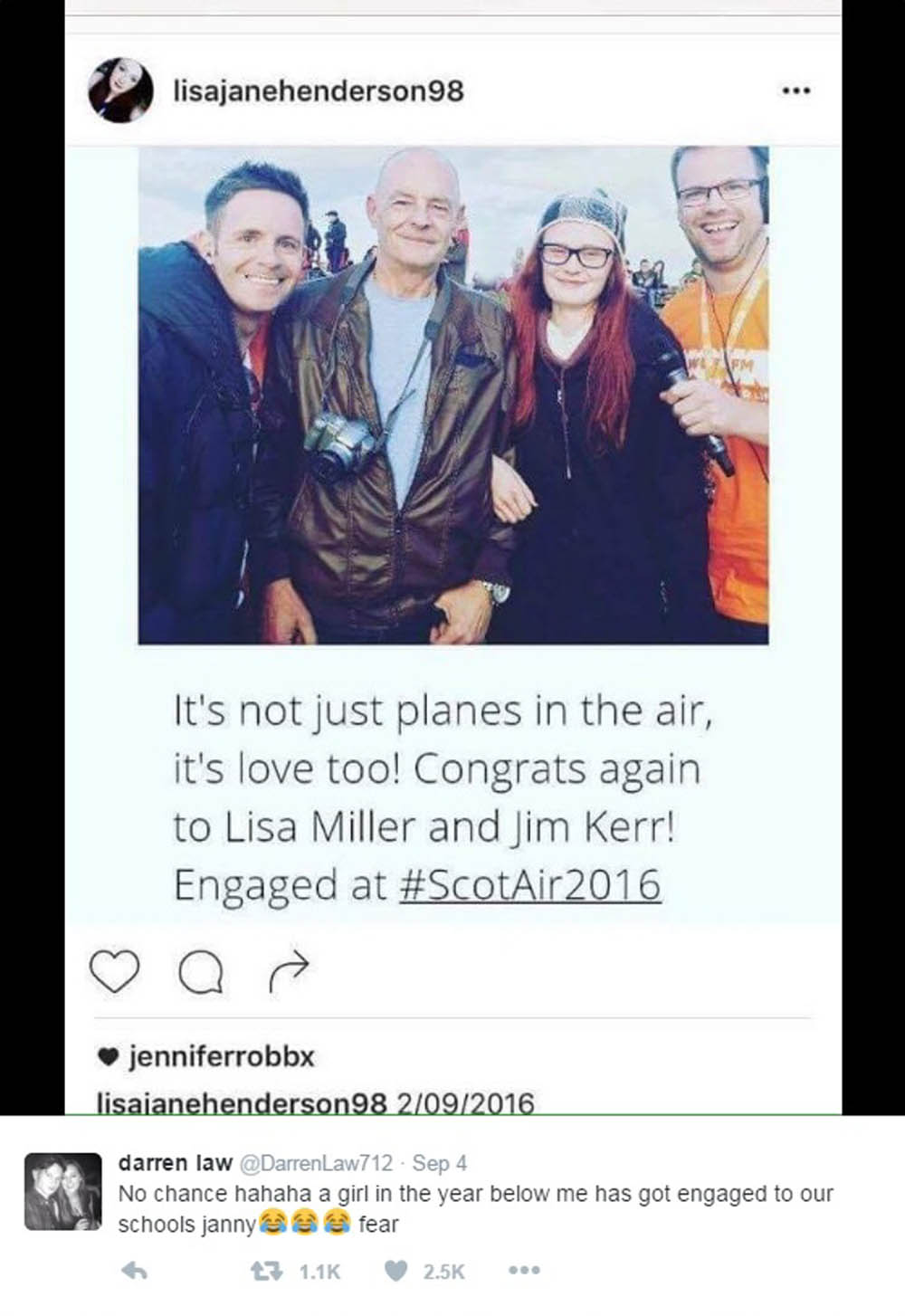 However it was revealed today that Jim was fired on the spot as soon as education officials became aware of the relationship in March.

The relationship between the two has caused consternation on social media.

Former Woodfarm pupil Darren Law shared a photograph of the couple getting engaged writing: “No chance. Hahaha. A girl in the year below me has got engaged to our school’s janny. Fear.”

The post has received more than 2,000 likes and hundreds of comments.

Arooj Fatima Malik ?said: “I wonder what the school thinks about this and whether he still works there?! She’s only 18, so so wrong.”

Jim’s daughter Allison Kerr wrote: “It’s my dad and I’m 32 so imagine how me and my family feel seeing that.”

However some social media users have dubbed the former caretaker “JannyLad”.

She can be heard saying: “Jim, we’ve been going out for just under a year and I love you so much. I wouldn’t swap you for the world and, marry me?”

Jim is then shown smiling before quickly responding “Yes, definitely” before the couple lean in for a kiss.

After the proposal, the teenager is shown wiping away tears before cuddling into her fiance.

One social media user today claimed Jim had left his wife for Lisa.

Speaking today over the phone Allison Kerr said: “We have nothing to do with him anymore” but refused to comment any further.

A spokesman for BAM, who are responsible for hiring contractors for the council, said: “We were informed about this in March and suspended him the same day.

“The school is fully aware and was informed over an email.”

The spokesman added: “He had worked at the school for ten years. The pupil had left the school and was over the age of consent when we became aware of it.

“At the time we became aware of this, the girl was over the age of consent so legally they hadn’t done anything wrong but professionally we did what we had to do.

“The investigation has now concluded.”

An East Renfrewshire Council spokesman said: “This individual no longer works at the school.
“He was never a member of council staff but was employed by the PPP contractor for the school. Contractors are, however, bound by our strict codes of conduct.

“The matter was fully investigated by the contractor and we are satisfied that the appropriate action was taken.

“As soon as we became aware of this matter all appropriate steps were taken.

“Further investigation satisfied the council that this matter did not involve anyone who was a pupil at the school at the time.”