A UNIVERSITY fresher has shared a hilarious photo showing how his mum managed to “cockblock” him just moments after arriving at his new digs.

Charlie McMillan, 18, from Yorkshire uploaded the funny picture of the duvet cover his mum had put on his bed in his new room in halls.

The new student at the University & College of Football Business (UCFB) at the Ethiad campus in Manchester felt his chances with girls had significantly dwindled before he’d even met anyone thanks to the kids’ bedding she’d chosen.

Donning his new, single bed at uni was a football-inspired cover with two cartoon characters dressed in red and white football kit, lifting a gold trophy.

Thankfully, Charlie’s mum has now replaced the sheet with a “more grown-up” cover but the damage was already done, with some of his new mates in halls knowing about his bedsheet drama before they’d even met him. 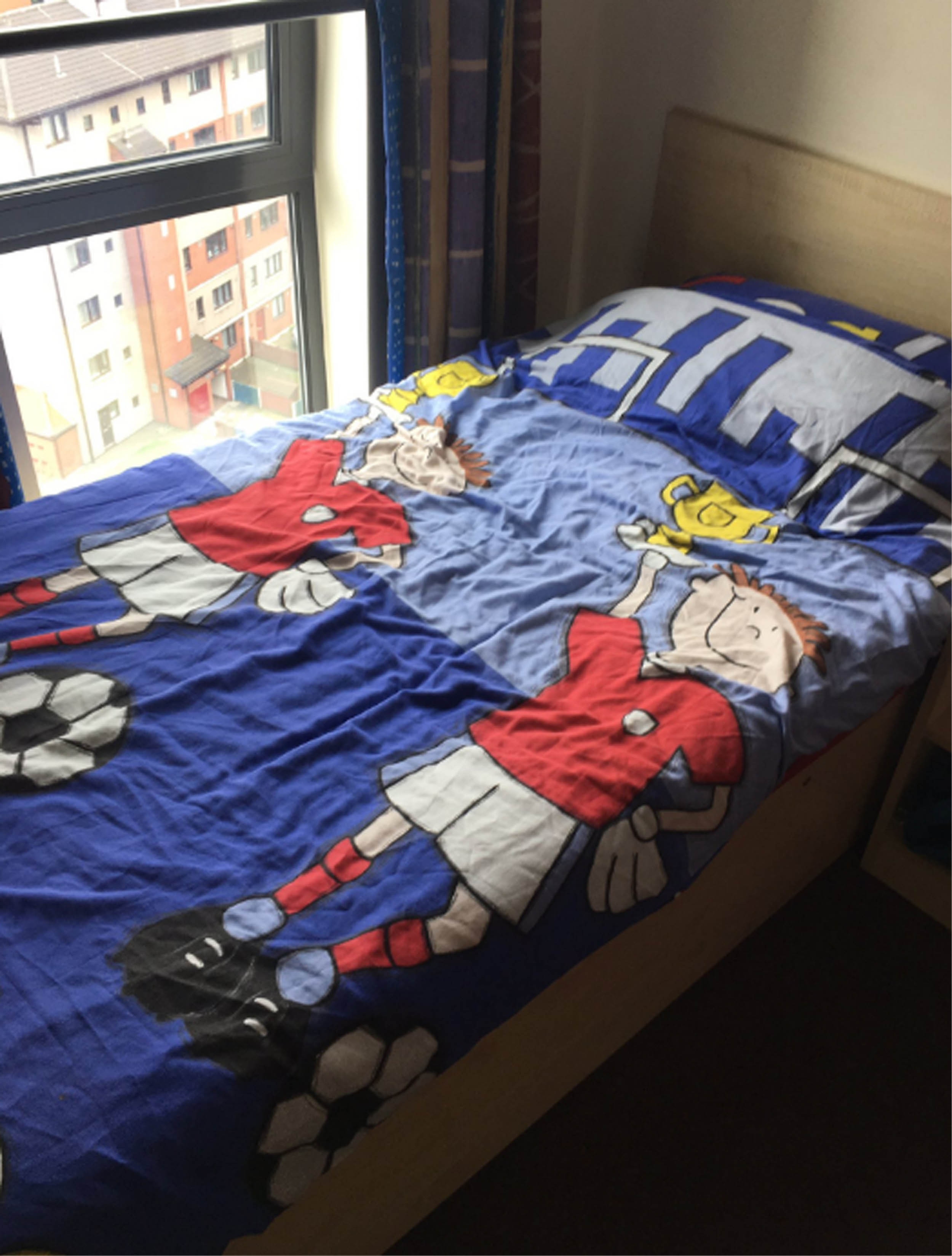 He uploaded the picture of his new bed on Twitter with the caption: “Been at uni two minutes and mum’s already cock blocked me.”

His amusing tweet has caused a social media sensation, racking up over 74,000 likes and retweets since it was uploaded last Tuesday.

Speaking about the prank from his parents, he said: “I came down to Manchester from East Yorkshire on Tuesday. I got here and my mum said “I didn’t want to tell you this until we got here because I knew you wouldn’t be happy” and pulled out the sheets!

“Her and my dad had a good laugh about it and I stood horrified. I’ve had people messaging me from people in the same accommodation who’ve stumbled upon the tweet saying how funny it is, and even my roommate told me he’d seen it before I first spoke to him!

“Mum saw it as a joke and a couple of days later after seeing the tweet decided to tell me she’d brought down a more grown-up duvet.”

There was no shortage of replies from fellow Twitter users who found the parenting prank hilarious.

Whilst @AVagabond commented: “The fact you let your mum make your bed at uni might be worse…”

UCFB is a specialist university, which focuses on providing degrees in the operational and business workings of football, sports and events industries.