HIBS manager Neil Lennon insists Jason Cummings has the strength of character to ensure he can go as far as he wants in the game.

Cummings this week picked up the Ladbrokes Championship player of the month award for August after netting seven times in six games so far this season for Hibs.

The 21-year-old is proving the Easter Road side’s talisman as they bid to win promotion back to the Premiership at the third time of asking. 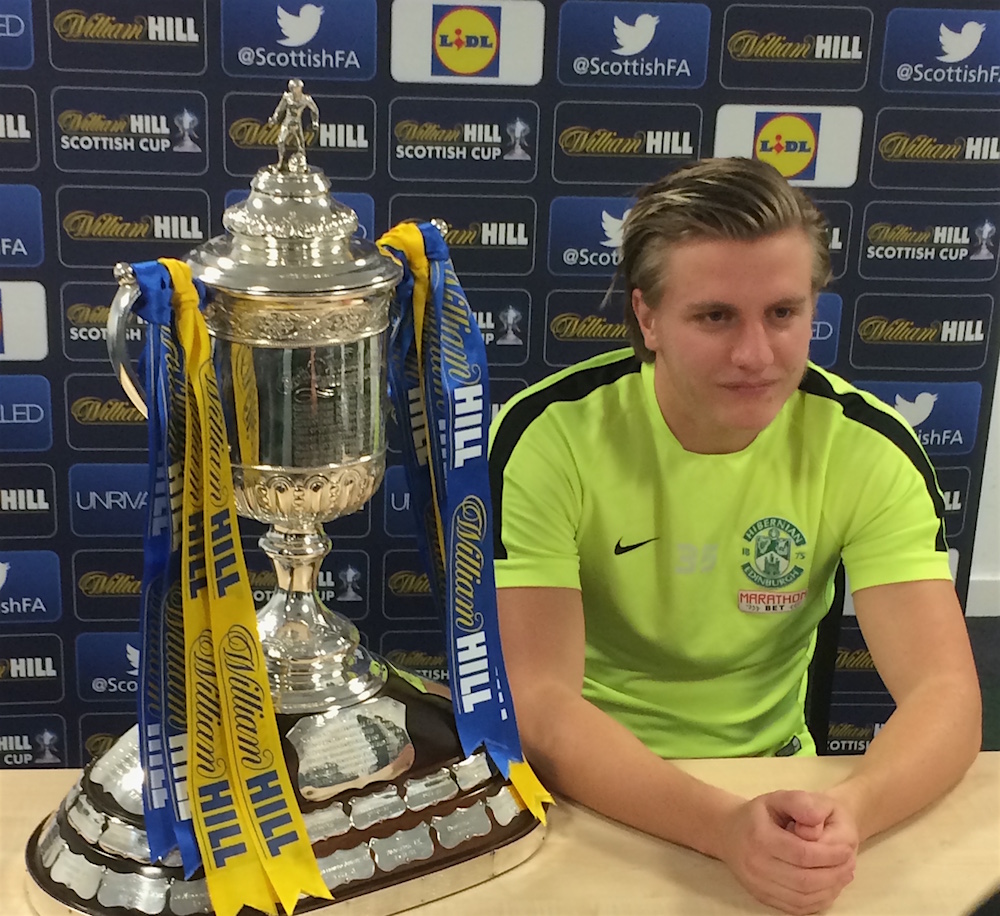 And Lennon, who convinced the striker to pen a four-year deal after his arrival at the club this summer, has quickly discovered Cummings’ off-field court jester image disappears once he gets onto the pitch or is out of the limelight.

Lennon said: “He comes across as easy-going and dizzy, but there’s a steeliness about him as well and I like that.

“In the main he’s been very easy to work with.

“There’s no arrogance about him, he’s quite self-deprecating.

“His record is something like 100 starts and 55 goals already, which is a good return.

“The career is there for him if he wants it and I think he does. He’s made a great start to it.

“When you are his age you have designs and ambitions of going as high as you can.

“If you have the talent, which I think he does, and the application, then there’s nothing should stop you other than serious injury really.

“He can definitely play in England one day, goal-scorers are the difference.”