Falkirk midfielder James Craigen admits both he and Ray McKinnon benefitted from their time working together at Raith Rovers.

But Craigen will have no qualms about upsetting his old manager in Saturday’s reunion when Dundee United visit the Bairns.

McKinnon’s reward for defying the odds and taking Raith into last season’s Championship play-offs was a switch to boyhood heroes United, while Craigen’s form earned the 25-year-old a transfer to Peter Houston’s Falkirk. 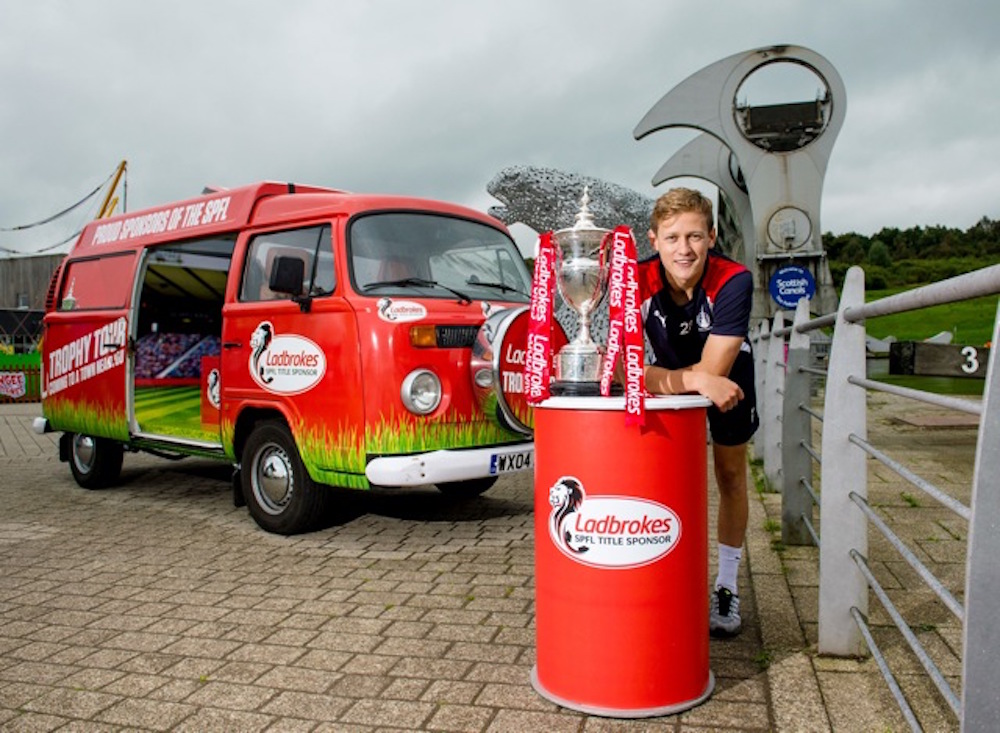 The weekend’s clash pits two teams together that have designs on promotion this term and Craigen is desperate to come out on top in his battle with his former boss.

He said: “I worked with Ray last year and he did a great job with Raith, and got rewarded with the move to United.

“No-one expected Raith to last the pace but we were the form side going into the play-offs. We were unlucky against Hibs but it was a great season and a season I enjoyed.

“It would be great to see him. I had my best goal scoring form last year, I scored nine from midfield.

“He helped me out but so did all of the coaching staff there and it was a good year for me.

“It would be nice to get three points on Saturday, and to also open my account against my old manager would be quite sweet.

“He’s a Dundee United fan and he played with them so he’s got a lot of connections there.

“I used to have a joke with him and he always tried to make me watch his hat-trick of free kicks that he scored in a game (against Kilmarnock in 1997).

“I was sick of it, the amount of times he tried to show me it on YouTube. He’s a good guy though, he did well for Raith and deserved his move.

“He’s a motivator and you know Dundee United will be hard working, they’ll be going for 90-plus minutes.

“They’ll be a good side and, no disrespect to the Raith players, they’ve probably got more quality as well.

“It will be a tough test but we’re at home and we’re hitting a bit of good form.”

Falkirk will bid to collect a third successive Championship win on Saturday as they build up momentum following a slow start to the campaign.

The Bairns already find themselves eight points adrift of early pacesetters Hibs but Craigen insists Fakirk can rein in Neil Lennon’s side.

He added: “Hibs have a had a good start and set the pace but we want to be hot on their heels, we want to catch up with them and make sure we’re in and around that second, third spot.

“There’s no margin for error, even at this stage of the season. Last year Hibs might have gone to Dumbarton, like they did at the weekend, and not got the result but this year they got a 1-0.

“There’s a long way to go and there is a lot of football to be played.”

• James Craigen was promoting the Ladbrokes trophy tour which has been visiting landmarks and club grounds around the country. The Ladbrokes Premiership trophy will also be at the Falkirk Stadium on Saturday 24th September ahead of Falkirk v Ayr United from 1.45pm – 3pm.