JACK Hamilton admits Saturday’s defeat to St Johnstone was a ‘missed opportunity’ but insists Hearts are not getting ahead of themselves in their ambitions this season.

The Tynecastle side could have gone top of the Premiership with a victory at McDiarmid Park but, after a hat-trick of consecutive wins, suffered a 1-0 defeat following Graham Cummins’ 58th-minute strike.

Given Celtic’s subsequent draw with Inverness Caley Thistle, the Gorgie men could have been sitting joint top had they been able to take the two gilt-edged chances that fell to Faycal Rherras and Jamie Walker in the first-half. 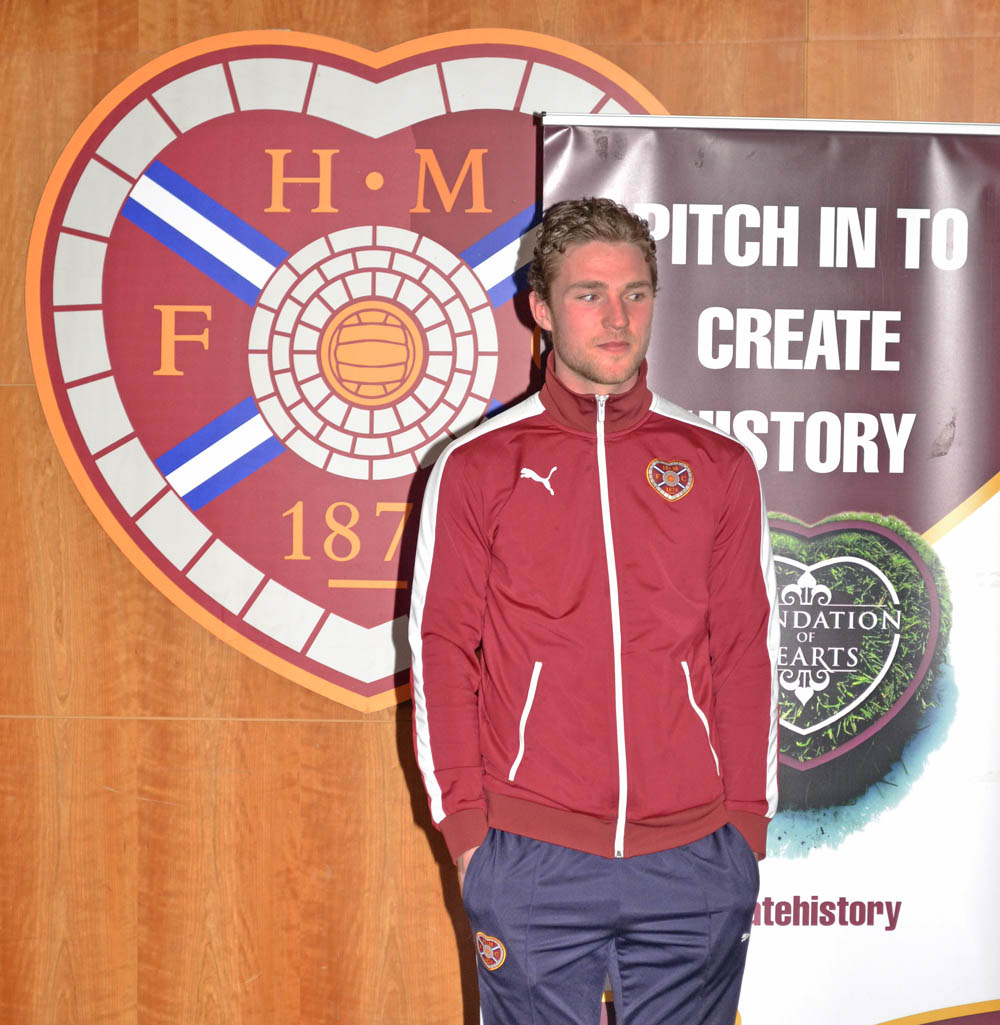 But they found Saints keeper Zander Clark in top form throughout and, when Callum Paterson’s header did beat the 24-year-old two minutes from time, the crossbar came to the Perth side’s rescue.

Hamilton said: “It wasn’t the result we were after. We had some fantastic chances but their goalkeeper was excellent and sometimes it is just not your day.

“Was it a missed opportunity? Definitely. That was our aim before the game – to go top, even at this early stage in the season, and put down a marker.

“We go out and look to win every single game but it was not to be.

“We have a fantastic team but we are just looking at a game at a time. We’re not looking any further forward than that.

“There’s no point in doing that. We just have to try to put in a performance and try to grind out the right results.”

Hamilton, who was watched by Scotland manager Gordon Strachan, was a relative bystander compared to Clark and was full of praise for his opposite number.

Clark’s stops from Rherras and Walker in a first-half dominated by Hearts were magnificent and he also tipped Tony Watt’s second-half free-kick over to rack up a record of eight wins from eight Premiership appearances.

Hamilton added: “We have plenty of good players up front. We can score goals but big Zander was brilliant.

“We had a few brilliant chances, especially Jamie Walker, but Zander pulled off fantastic saves and we just could not put the ball in the net.

“It was hard for them up there. It was a tricky game and not the result we wanted but hopefully we can bounce back next week.”