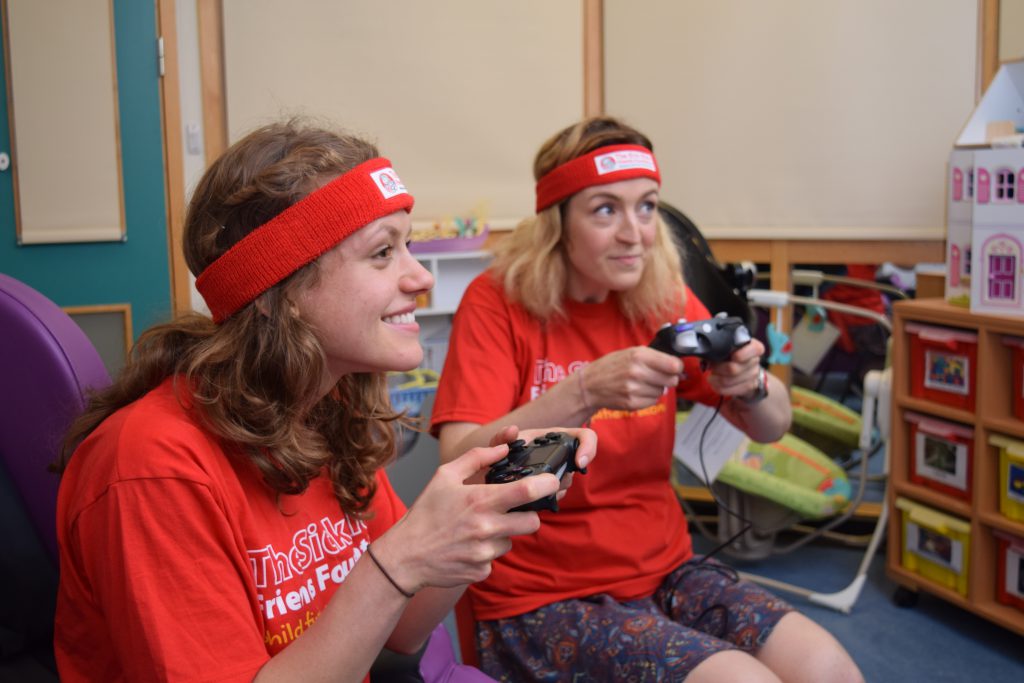 An Edinburgh-based charity is calling out for teams of families to come forward and sign up to the UK’s biggest 24 hour charity gaming marathon to help raise money for children in hospital.

The gaming marathon – Sick Kids Save Point – is organised by avid gamer Tom Freeman on behalf of the Sick Kids Friends Foundation and will take place the weekend of Saturday 15th and Sunday 16th October, with the charity aiming to encourage as many supporters as possible to take part.

The fundraiser is not just for Xbox experts. Participants can take part on a console, computer, mobile phone, on social media or by playing old fashioned board games, and can do so as part of a team with family and/or friends or alone from the comfort of their own living room.

Organiser Tom Freeman, a long-term supporter of the Sick Kids Friends Foundation (SKFF), said: “The whole thing started in 2009. My daughter was just a baby and I wasn’t getting much sleep anyway, so the idea of playing games for 24 hours seemed like a novel fundraising idea for a vital local charity.

“I had no idea it would snowball into an annual event which has seen hundreds of people take part from around the world. We also couldn’t have done this without the support of Rockstar North – one of the biggest and coolest games companies in the world. They’ve donated every year, and given us prizes for our top fundraisers.

“The hospital is a centre of excellence and any time I’ve visited I’ve been amazed by how hard the staff work, not just making children better but also treating the children as children – listening to what they want, reassuring them and supporting them and their parents through a tough time. It’s been amazing to see gamers from far and wide mobilise to support them.

“For this reason, I’d like to encourage anyone who fancies a different challenge to try Sick Kids Save Point – Families can spread the 24 hours between them, tag-teaming so the children don’t play at night. It doesn’t have to be video games – it all counts. Games are for everyone.”

To date, the event has raised a staggering £94,000 for the charity, which supports and complements the work of the Royal Hospital for Sick Children in Edinburgh. This year, it is aiming to smash the £100K mark.

Pippa Johnston, Director of Marketing and Fundraising at SKFF, said: “We are calling for people of all ages and abilities to sign up now to this fantastic and fun event which will also raise money for a very worthy cause.

“We exist to ensure children and young people’s lives are less interrupted by illness and that they have a more positive hospital experience. We provide enhanced facilities and cutting edge equipment and it is the generosity of those who get involved in events like this one which allows us to continue doing this.”

All funds raised from the event will go towards supporting the RHSC’s move to a new, purpose-built home at Little France in 2017, for which the SKFF has committed to contribute £2.9million in enhancements, patient/family services and therapies.

Sick Kids Save Point is free to enter and there is no minimum sponsorship. All participants are simply encouraged to raise as much money as they can.

Find out more about Sick Kids Save Point at: www.sickkidssavepoint.com