A VIDEO shows a driver come within a few feet of being hit by a car as he tries to get out of his vehicle – right outside a funeral home.

The footage shows the motorist open his door straight into the path of vehicle passing at 30mph.

The door explodes from the impact and the air is filled with flying glass and plastic.

But the driver, who can clearly be seen starting to exit his car at the moment of impact, is understood to have escaped without injury.

Observers said that if the man had left his vehicle a second or two later he might have needed the services of the funeral home a few feet away and the large cemetery just behind it.

The footage, captured on a dashcam in Edinburgh earlier this month, starts with driver of a parked Volvo opening their door. A Peugeot SUV smacks into the door causing it briefly to veer towards the middle of the road.

The driver who captured the incident, ‘Car Daynes’, said: “It was clear from my perspective that there wasn’t enough reaction time for the Peugeot to stop and the alternative was swerving into my car, which would have been far worse.”

He claimed the driver of the Volvo had accepted liability and that fixing the Peugeot will take three weeks.

The Volvo was parked directly outside the premises of Abercorn Memorials in Piersfield Terrace, behind which is the city’s Piershill Cemetery.

And a spokesman for Scotland’s Worst Drivers, who obtained the footage, said the consequences could have been far more serious than damaged cars.

He said: “The driver of the Volvo was extremely lucky to escape uninjured. Had he stuck his leg out at time of opening the door it could have been nasty.”

“Some drivers seem to forget that their vehicle comes fitted with wing mirrors which if used incidents like these could be prevented.” 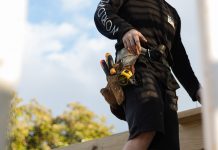 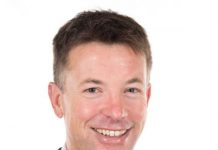 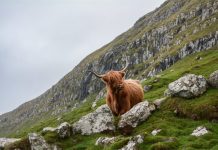