Kitchen, 24, arrived on a two-and-a-half-year deal in March, with the Jambos completing a transfer coup by snatching the combative midfielder from under the nose of several suitors following his departure from DC United.

The USA internationalist, who was part of Jurgen Klinsmann’s squad at this summer’s Copa America, immediately cemented a starting berth and established himself as a influential figure in the dressing room.

And he has underlined that fact by relieving Alim Ozturk of his duties and naming Kitchen skipper. He will become the first American to ever captain Hearts when he leads them out against Ross County on Saturday.

“I’ve been impressed by Perry’s attitude, desire and, of course, his performances from day one,” lauded Neilson.

“He’s a natural and leads by example both on and off the park. He’s also a really good player who will inspire those around him to reach the highest standards.

“Ideally we want 11 captains on the pitch every week. In recent times we’ve had Don Cowie lead the team out, while Alim Ozturk skippered us to third place last season, so there’s that experience already there that will help us through games.”

Deposed skipper Ozturk, a summer signing from Trabzonspor in 2014, was made captain at the beginning of last season at the age of just 22 having starred during their romp to the Championship title.

However, the classy defender has slipped down the pecking order behind John Souttar and Igor Rossi this season and has not featured since a 3-2 defeat against St Johnstone on August 10. 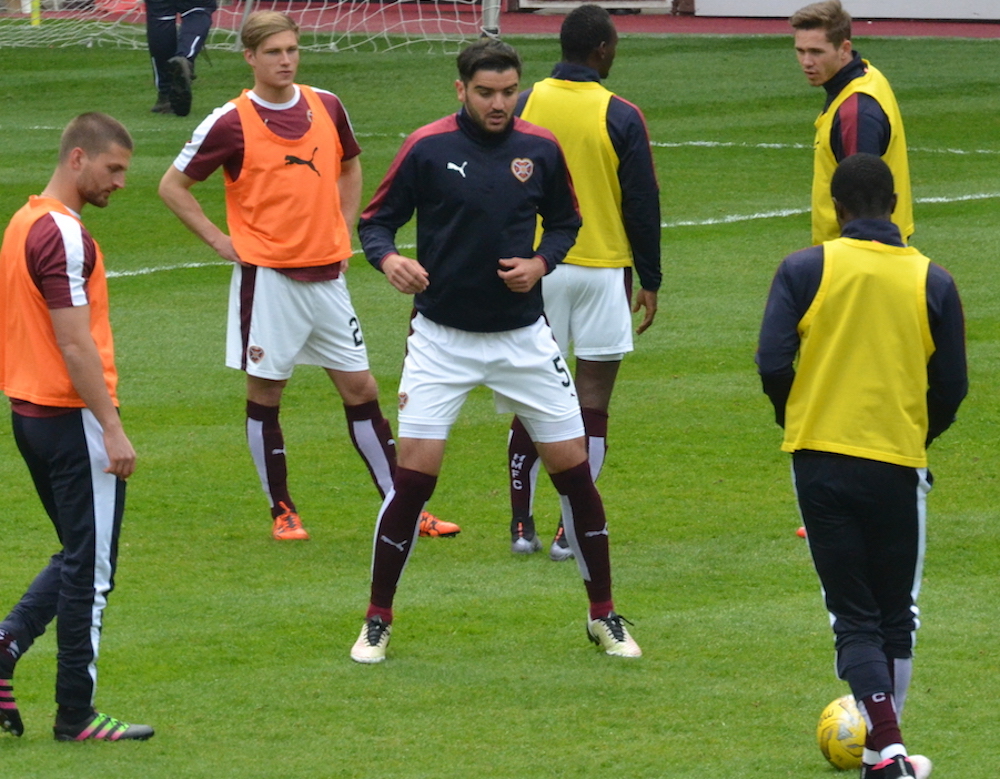 Nevertheless, Neilson has moved to assure Ozturk – out of contract next summer – that he still has a part to play at the club.

“I’d like to thank Alim for the huge part he played, and will continue to play, in helping the team to the top end of the league,” added Neilson. “It’s now Perry’s time to take over that responsibility and I’ve absolutely no doubt he will flourish.”