HIBERNIAN head coach Neil Lennon has applauded referee Nick Walsh after the official admitted that he erred by dishing out a red card to Marvin Bartley last weekend.

Bartley, 30, was hastily dismissed by the whistler after 68 minutes of the shock 2-1 defeat against part-time Ayr United following a late challenge on Jamie Adams.

Lennon, who described the tackle as “innocuous”, appealed the decision and SFA compliance officer Tony McGlennan met with Walsh on Wednesday afternoon to review footage of the incident.

With the official acknowledging in retrospect that he should have cautioned Bartley, the red card was downgraded and the Englishman will be free to face Championship leaders Queen of the South.

Given Hibs were leading 1-0 against Ayr when Bartley was dismissed, and went on to lose the contest, the damage is done, however Lennon appreciates the official being big enough to admit his error.

“I doff my cap to the Compliance Officer and the referee,” said Lennon. “We were told that they both had a look at it and decided to downgrade it to a yellow, which we thought was appropriate at the time.

“Unfortunately it had a big bearing on the game, we can’t do anything about that, but at least we have Marvin for the weekend now.

“That’s all you want from a referee and, aside from that, I thought he had a pretty decent game. It is a big decision and has changed the game, but at least he has come out and admitted to it so we move on.”

Bartley was similarly circumspect when he tweeted: “Got the right outcome in the end, everyone makes mistakes!!”

Lennon insists Bartley’s presence will be vital when they travel to shock league leaders Queens who, despite their 5-0 hammering at Rangers in midweek, are on a five-match winning streak in the Championship.

“Marvin is terrific at winning the ball back, athletic and has a physicality about him,” lauded Lennon. “You could see we missed that when he went off against Ayr. We were well on the ascendancy before he went off.

“He covers the ground well, gets his body in there and reads the game very. That is a real skill in itself, it’s not a coincidence that a lot of the time, when teams are attempting to counter on us, then he is there to break it up. 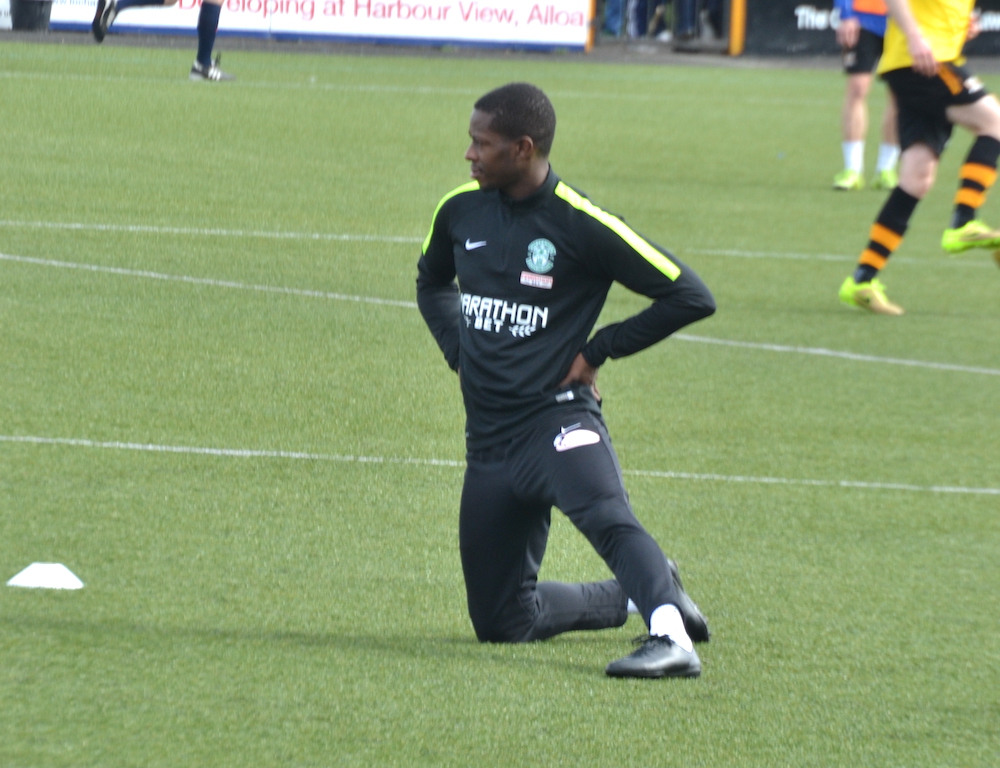 “That’s football intelligence and a quality to the defensive side of his game. There are areas he can improve on, but he does an important job for me.”

Bartley will undoubtedly be key to quelling the attacking threat of the mercurial Stephen Dobbie, who Lennon managed at Bolton Wanderers last term.

The gifted attacker – formerly on the books at Hibs – has scored nine goals in nine games since returning to his spiritual home of Palmerston Park in the summer and found the net in Queens’ 3-1 Betfred Cup win at Easter Road in August.

“He is a great player and a great finisher,” continued Lennon. “He knows Queens very well and he feels at home because of the familiarity there. He is a very good footballer and very intelligent.

“It doesn’t surprise me that he is banging in the goals up here and he is a real danger for Queens. His introduction has given them a real injection.”

Meanwhile, Lennon will discuss terms with former Wales internationalist Neal Eardley as the former Birmingham City right-back, who has been on trial with Hibees, edges closer to a deal.

“We will make a decision on that in the next 24 hours,” confirmed Lennon. “Neal has done well and we are pleased with him. We will be speak to his representatives soon enough, but there is nothing confirmed yet.”