Hearts head coach Robbie Neilson insists Alim Ozturk still has a future at Tynecastle, despite stripping the defender of the captaincy.

Some six games into the Premiership season and with the Dutch-born Turkish player having lost his place in the side, Neilson made the surprise decision to name American internationalist Perry Kitchen as the new club skipper on Wednesday.

Prior to the announcement, Neilson admitted that talks aimed at persuading Ozturk to sign an extension to a contract that expires next summer have already started, and the Hearts boss insists his decision to hand the armband to Kitchen does not signal the end of 23-year-old’s career in Gorgie. 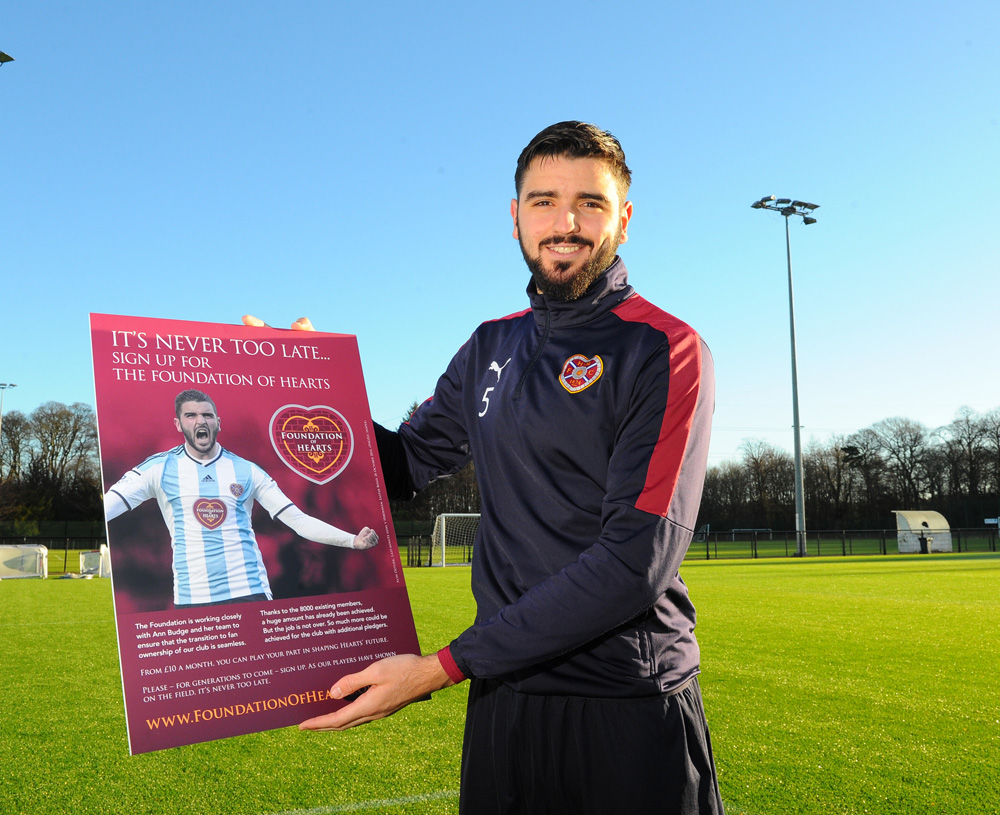 Neilson, who signed Ozturk from Turkish outfit Trabzonspor in 2014, said: “There is definitely still a future for Alim here. It’s important I have a good squad here.

“Alim will get back in the team at some point, whether it is this week or whether it’s next week – football is a game where people get injured or people lose form.

“It’s up to Alim now to focus and get his head right, he’s been great in training and been great about the place.

“He has accepted it and we’ve all moved on. He needs get himself back in the team and back playing well again.

“We kind of rotated a bit at the start of the season but Igor Rossi and John Souttar have come in and they’ve done really well.

“It’s important you have a good squad but you can’t just run with two good central defenders, you need to run with three or four, two of them could get injured.

“So it’s up to Alim, it’s up to Krystian Nowak, as it is with all the players who aren’t involved in the team at the moment to make sure they work hard and be prepared when they get that chance.”

Explaining his decision to overlook midfielder Don Cowie for the role, with the 33-year-old having taken on the responsibility in Ozturk’s absence, Neilson said: “Don came in and did really well but I had to look at the long-term future of the club as well.

“Don is an experienced professional, I don’t need to make him captain to get his leadership qualities out of him and to be the guy at the front of training every day.”

Neilson has been delighted with the form and attitude of Kitchen since signing the midfielder in March from DC United and reckons the player will flourish in the role, as well as inspiring those around him.

Speaking ahead of today’s Ladbrokes Premiership visit of Ross County as Hearts bid to bounce back from last weekend’s narrow defeat at St Johnstone, Neilson added: “I know that Don and Conor Sammon are guys who could probably have been choices.

“But I think the two of them will help Perry will become an even better captain and help him progress as a player.

“I think it will bring Perry on and I hope it will bring the club and the team on as well – not just the first team but the Under-20s and the academy players.

“They’ve got an international player to look up to, you’ve got a guy playing for America, one of the top ranked teams in the world.