Jackie McNamara admits he is considering throwing in the towel as York City manager with his team on the verge of equalling an unwanted 66-year-old club record.

The former Dundee United manager accused some of his players of not giving their all for neither himself nor chairman Jason McGill after Saturday’s 2-0 set-back to Barrow left the Minstermen only two points clear of the relegation zone in the Vanarama National League.

Saturday’s defeat also means that York have now conceded a goal in each of their last 28 winless away league matches. And if they fail to keep a clean sheet at Guiseley next Tuesday, York will match a record that stretches back to the 1949/50 campaign. 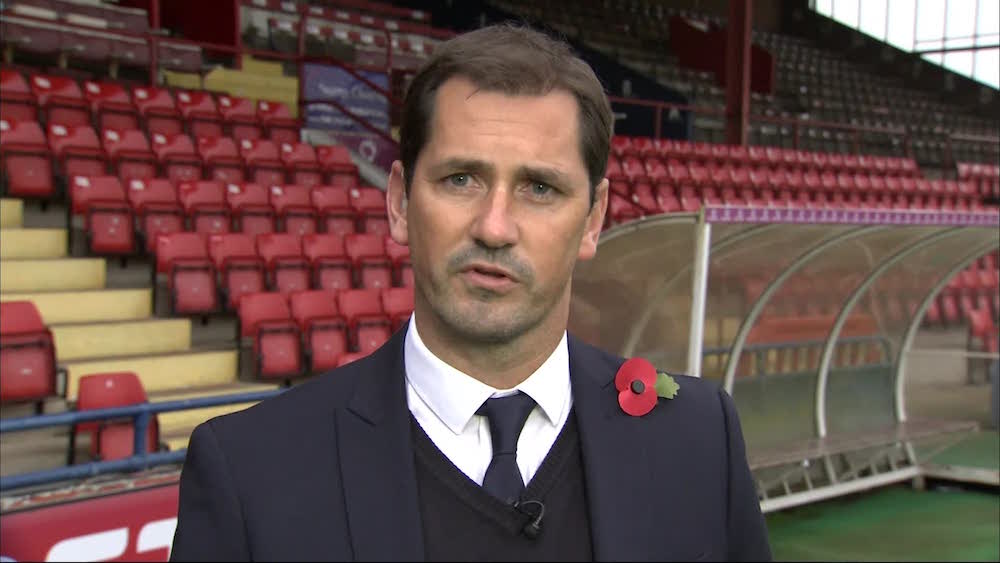 It is not much better at the other end for McNamara with York having failed to score in their last four matches, their worst goal drought since 2009.

McNamara, who could not save York from relegation from the Football League last term after taking over the reins in November 2015, admits he could walk away after being left demoralised by the Barrow defeat.

McNamara, speaking to the York Press, said: “I’ve told the players that I am very, very frustrated. It’s all about the importance of performances and victories for myself, the chairman and the club, where we are just now.

“But I feel let down because, if it matters to you, you don’t lose your man at a corner, let him get across you and put a header in.

“You don’t do that if you feel the same way as the chairman and I do about the club and that’s something I need to look at in terms of my position, because I’m really disappointed.

“You’re trying to get through to them, but some of what we’re saying seems to go over the top of people’s heads.

“I believe we are capable of beating Barrow and winning every game in this division, but it’s getting that across to the players so they understand the importance of things because, if they don’t, I won’t be here.”