New Hibs defender Neal Eardley admits he is determined to make up for lost time at Easter Road having suffered two knee cruciate ligament injuries and a dislocated shoulder in the last three years.

The 27-year-old has joined Neil Lennon’s side on a deal until January after impressing on trial and is itching to return to first team action for the first time since suffering the second of his serious knee injuries at Birmingham City in January.

Eardley sustained the first knee problem in August 2013 on the eve of joining up with Chris Coleman’s Wales squad after being handed an international recall. 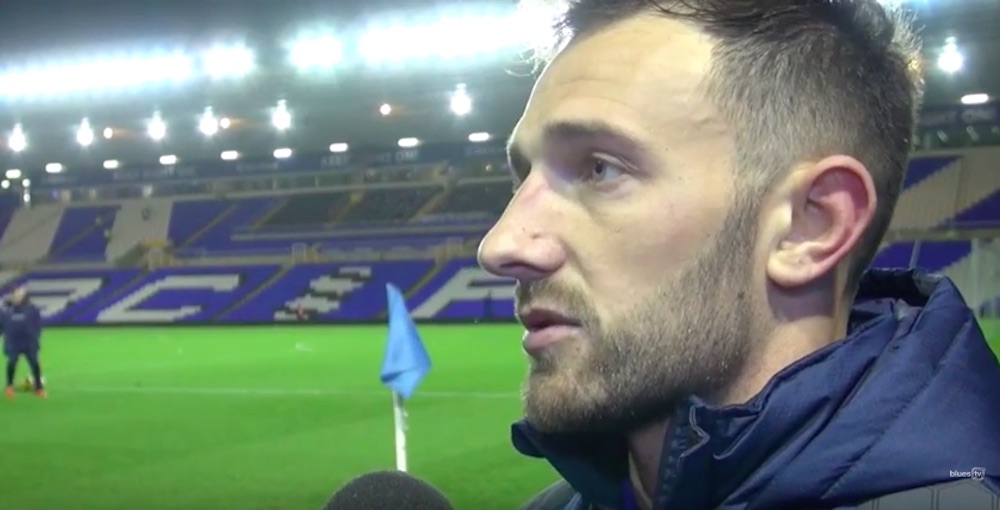 Despite his luckless run on the sidelines, the pragmatic Eardley has refused to wallow in self-pity and has vowed to make the most of his chance at the Leith outfit.

Eardley, who could be included in tomorrow’s squad for the televised Championship visit of Dundee United, said: “It’s been a very frustrating three years from a personal point of view. I don’t like to make excuses but the injuries I had were really bad ones.

“Birmingham was a great club with good people but the injuries were just so unfortunate.

“It was not like it was a recurring problem I had. It was two cruciate ligament injuries on either side and a dislocated shoulder. What can you do?

“The injuries have made me a better person, I know that might sound cliched but I do feel a lot stronger and fitter for it.

“I would like to brush that aside and look forward to this year.

“I’ve been in here the last couple of weeks and I’ve enjoyed the training and getting minutes under my belt for the development squad.

“Now I’m part of the football club I’d like to think I’ve left all that behind me and I can look forward to a really positive year.”

Eardley began his career at Oldham Athletic before going on to realise a life-long ambition of playing in the English Premier League when he helped Blackpool win the play-offs in 2010.

The defender, who is set to compete with captain David Gray for the right-back position, savoured every minute of his time under the colourful Ian Holloway at the Seasiders.

He added: “I had four terrific years at Blackpool, I was part of a squad that was really successful and I suppose I achieved a dream in playing in the Premier League for a season.

“I really enjoyed working for Holloway. I know people like yourselves that don’t see him day-in, day-out would see him as a bit of a joker and a character.

“But when he was getting us ready for games he was brilliant.

“We had a good team spirit there but it was like he was a part of it, he was one of the lads. That was his style.

“I remember one time we had a meeting before training.

“He was banging on about building a house for his chickens – it had nothing to do with football.

“We all just sat back and listened to him for an hour and to this day the Blackpool players still don’t know what the message behind it was.”