Queen of the South defender Chris Higgins insists he does not mind the evergreen Doonhamers being branded dad’s army – but insists age is no barrier to success.

Gavin Skelton’s side lead the Championship by a point after the undefeated Dumfries outfit won five of their opening seven league matches.

And former Dunfermline centre-half Higgins reckons Queens’ start has silenced their detractors after being mocked about their age at the start of the season. 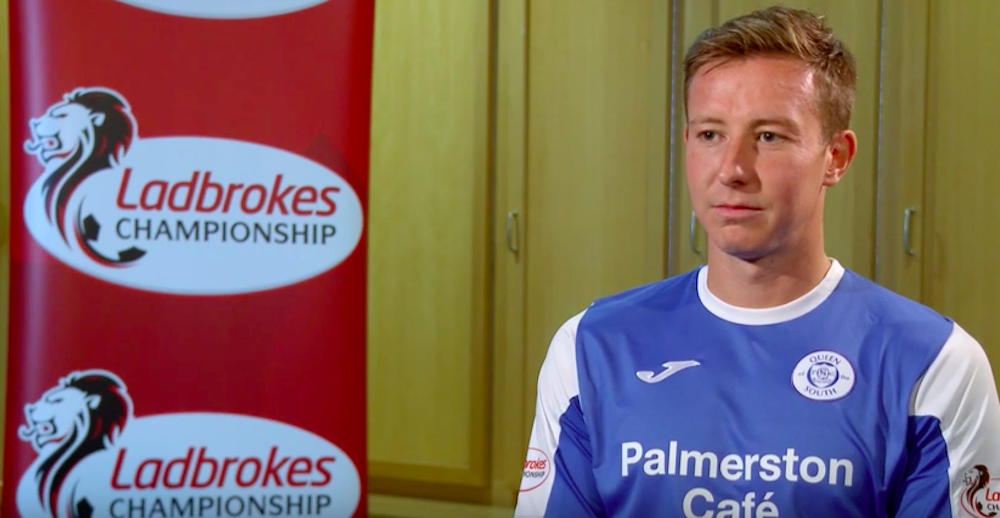 Higgins was one of six players in their 30s that began last weekend’s top of the table goal-less draw with Hibs; Lee Robinson, Andy Dowie, Jamie Hamill, Stephen Dobbie and Derek Lyle the others.

But the 31-year-old insists the seasoned campaigners are showing no signs of slowing up against the division’s whippersnappers.

He said: “People were maybe writing us off and saying we are an ageing squad at the start of the season, which is fair enough because we have a few boys that are in their 30s.

“The good thing with the boys that are older is that they all look after themselves. You’ve got the likes of myself, Derek Lyle, Stephen Dobbie and Andy Dowie, we’re the ones that are over 30.

“But we all want to look after ourselves and make sure we keep ourselves fit. Nowadays, if you don’t look after yourself, you get caught out.

“We’ve got plenty of experience but we’ve got good energy in the team, we’ve got a good group as well and it’s turned out okay so far.

“We’ve got a good mix of youth, we’ve found a good balance and the manager has recruited really well.

“We’ve started really well and that’s down to the manager as well. He works really hard on the training pitch with us and it’s paying off at the minute.”

Queens can extend their lead at the top to four points with victory at Dumbarton today, with second place Hibs not in action until tomorrow when they host Dundee United.

But Higgins insists no-one is getting carried away by their status as the early pacesetters.

He added: “We’ve had a great start but it’s no more than that, we need to make sure we keep that up now.

“We’ve set the tone for ourselves and we’re in a good position in the table so we now want to continue that.

“There is no point in starting well and drifting off. We need to keep it up and remain up the top end of the league.

“Adding the quality to what we already had in the summer, I was quite confident we could make a challenge for the play-offs.”

Stevenson was an unused sub in the recent defeat to Hibs before climbing off the bench in last weekend’s 3-2 loss at Raith Rovers.

Aitken said: “Ryan’s standards over the last few weeks have dropped and that’s why he’s not been in the team, and he knows that.

“But if he produces what he did last week after he came on, and what he did at the start of the season when he was really good, then great. We need him on the park.”