A PUMPKIN is said to have “morphed” into Donald Trump and has been branded a “Trumpkin” by its owner.

Twitter user, Marcher Lord, shared a photo of the massive orange fruit on Twitter last Sunday with the caption “Donald Trumpkin”, and has been retweeted almost 2,000 times. 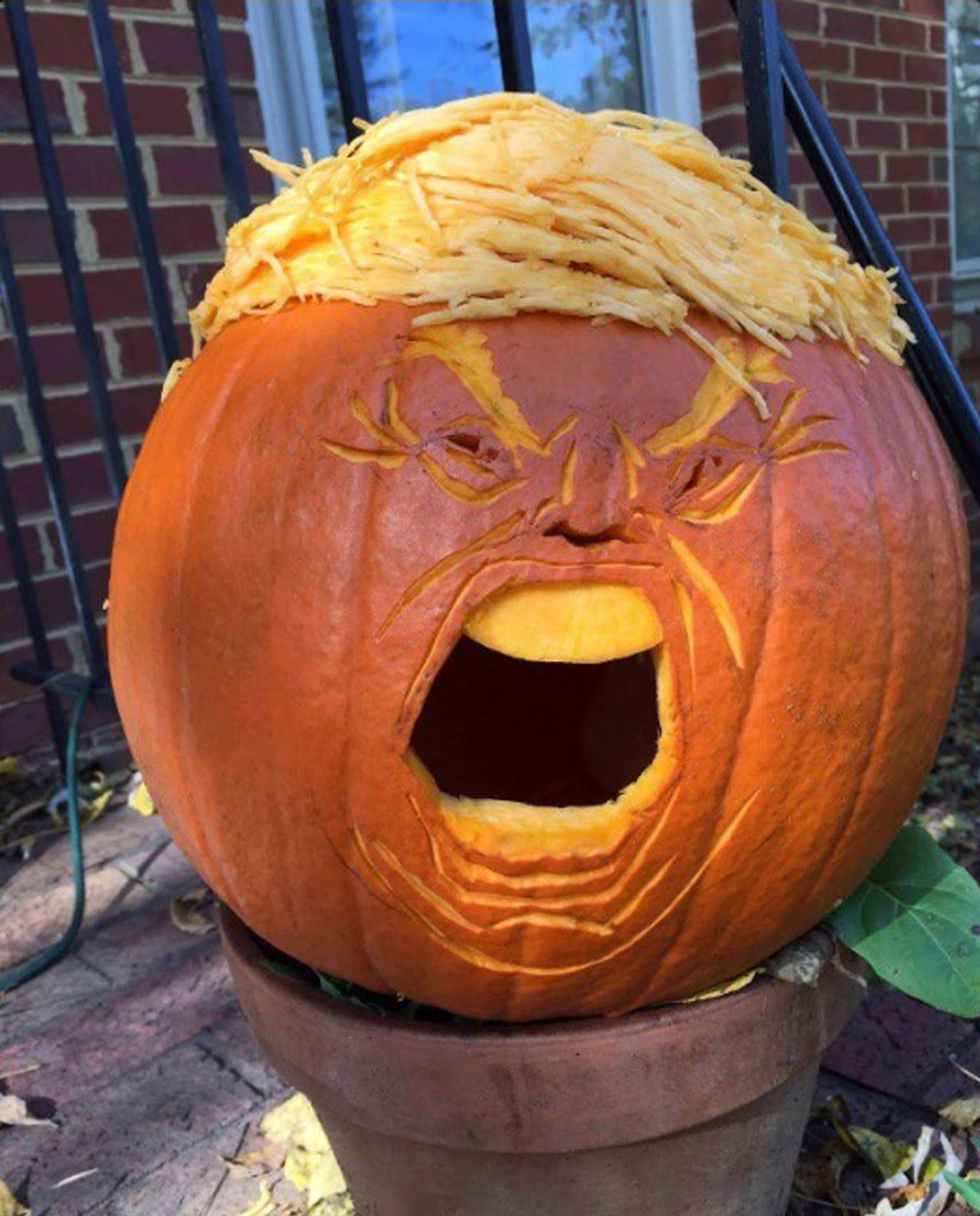 The halloween favourite was initially meant to resemble his mother-in-law but after it was hollowed out, Marcher realised it looked more like the American billionaire businessman.

A wide open mouth has been carved, along with eyes, nose and eyebrows that are said to resemble the Republican presidential candidate.

He then used the pulp used to recreate Trump’s distinctive blonde quiff.

People have also claimed that the “orange colouration” adds to the Trump likeness.

Marcher claims he created it after trying to carve the fruit into the face of his mother-in-law.

The pumpkin grower, whose Twitter account says he is from Pytchley Country, Northamptonshire, said: “It was supposed to be my Mother-in-Law, but it morphed into Trump.

“She hates me even more now. It took an hour.”

Sunday Swift wrote: “Isn’t it bad enough we’re all living in a horror story with that man, do we have to ruin Hallowe’en, too?”

Deidre Nugent said: “He is the scariest thing around. Thinking of dressing as him for Halloween.”