A SCOTTISH high school has come under fire after hundreds of mouse droppings were found scattered around its kitchen.

Trinity Academy in Edinburgh has been slammed by food safety chiefs during an inspection over the summer holidays.

Despite repeated warnings from authorities, the school kitchen had failed to improve its “unacceptable” hygiene standards.

Inspectors who visited the academy found “hundreds” of mice droppings under a kitchen counter with a cook admitting the “area had not been cleaned for over a week.

Mice feces were also found in food storage areas and the standard of cleaning in the kitchen was deemed to be “poor”.

The report highlighted that the same issues were flagged up in a previous report from 2015 but they had not been resolved.

As well as the hundreds of mouse droppings, inspectors also found holes in the floor, pipework and food storage areas whilst large gaps were also noted under doors.

Education bosses have insisted that the problems are now being resolved.

Councillor Jason Rust, Conservative education spokesperson said: “Anything that could be seen as an environmental health risk is very worrying, and it’s incumbent on the council to ensure that action is enforced.”

A spokesperson for Edinburgh City Council said: “Our inspection teams carry out regular food safety inspections throughout the city on premises providing food, including schools and nurseries. We will take every action required to ensure premises meet acceptable standards.”

“Since July’s inspection at Trinity Academy, a subsequent inspection in August noted a significant improvement following a number of actions to address issues, including a deep clean of the premises, remedial work to seal entry points and the purchase of lockable cabinets.”

Trinity Academy was given the opportunity to clean up its act over the summer break but were warned that if “similar conditions are found formal enforcement action may be taken.”

The findings at the academy follows the condemning hygiene failings at one of Scotland’s biggest hospitals.

The kitchen area of the Western General in Edinburgh – one of the country’s major cancer treatment centres – was judged to be an “ideal habitat” for cockroaches.

Following the inspection, the hospital was marked as ‘Improvement Required’ by Food Standards Scotland.

The full report from the inspection noted a total of ten contraventions of Food Standards Scotland regulations. 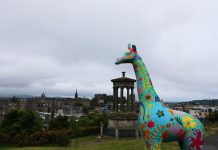 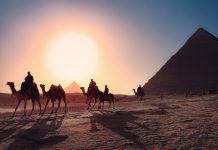