A GARY Barlow superfan has turned on her idol after he failed to turn up for her 40th birthday party.

Pamela McKinnon and friends took to social media to brand the celebrity “poor” and a “fix” after he failed to materialise at the bash in Glasgow.

The Take That star and former X Factor judge encourages fans to campaign for his attendance at milestone events and recently turned up to a birthday party in Dundee.

So Pamela thought she was in with a chance as her 40th birthday bash approached on October 1.

Over several months, Pamela from Glasgow, campaigned tirelessly for an appearance by constantly tweeting the star.

And she even carried a life-sized cardboard cut out of Gary to snap him in dozens of situations including being attacked with an axe and standing behind the counter of Greggs the bakers. 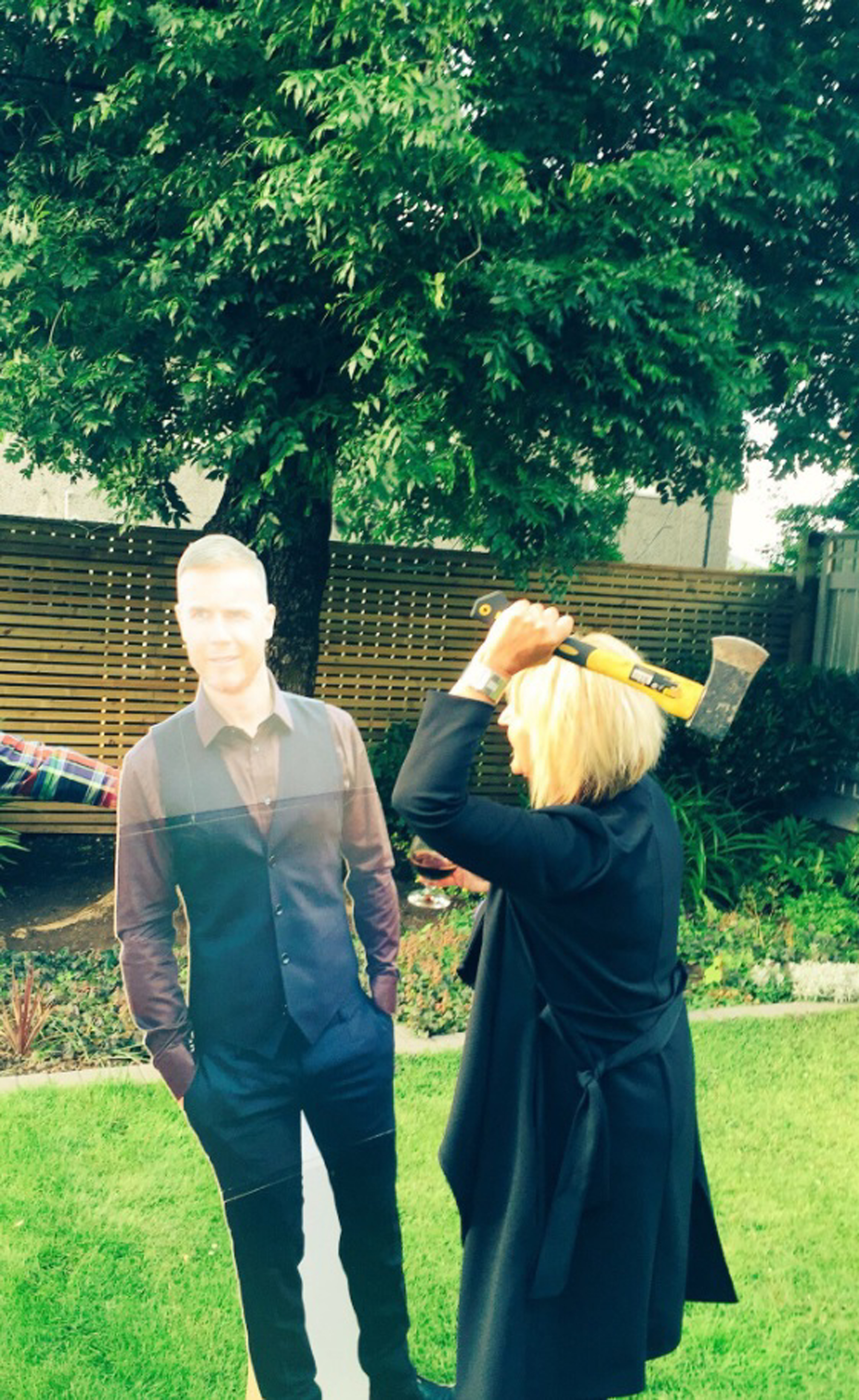 But when the Mancunian failed to make an appearance at Loks Bar and Kitchen in the Shawlands, Glasgow three weeks ago, Pamela was less than impressed.

In a series of tweets to Gary after the party the mother-of-two said: “Well Gary Barlow you missed an amazing party last night. Not even a message from you to even acknowledge my efforts. Was poor on you.”

A second tweet read: “Do you know Gary Barlow you should at least acknowledge each good campaign if you can’t make it, by saying Happy Birthday at least. #FIX.

“Not even a Happy Birthday from him, very poor.”

Another tweet said: “Total fix, I could put a bet on as to who will be next. Can’t even take two seconds to say Happy Birthday but can ask.

“I checked every campaign and mine had loads of retweets compared to some. Feeling let down.

“He should at least said sorry and good job.” 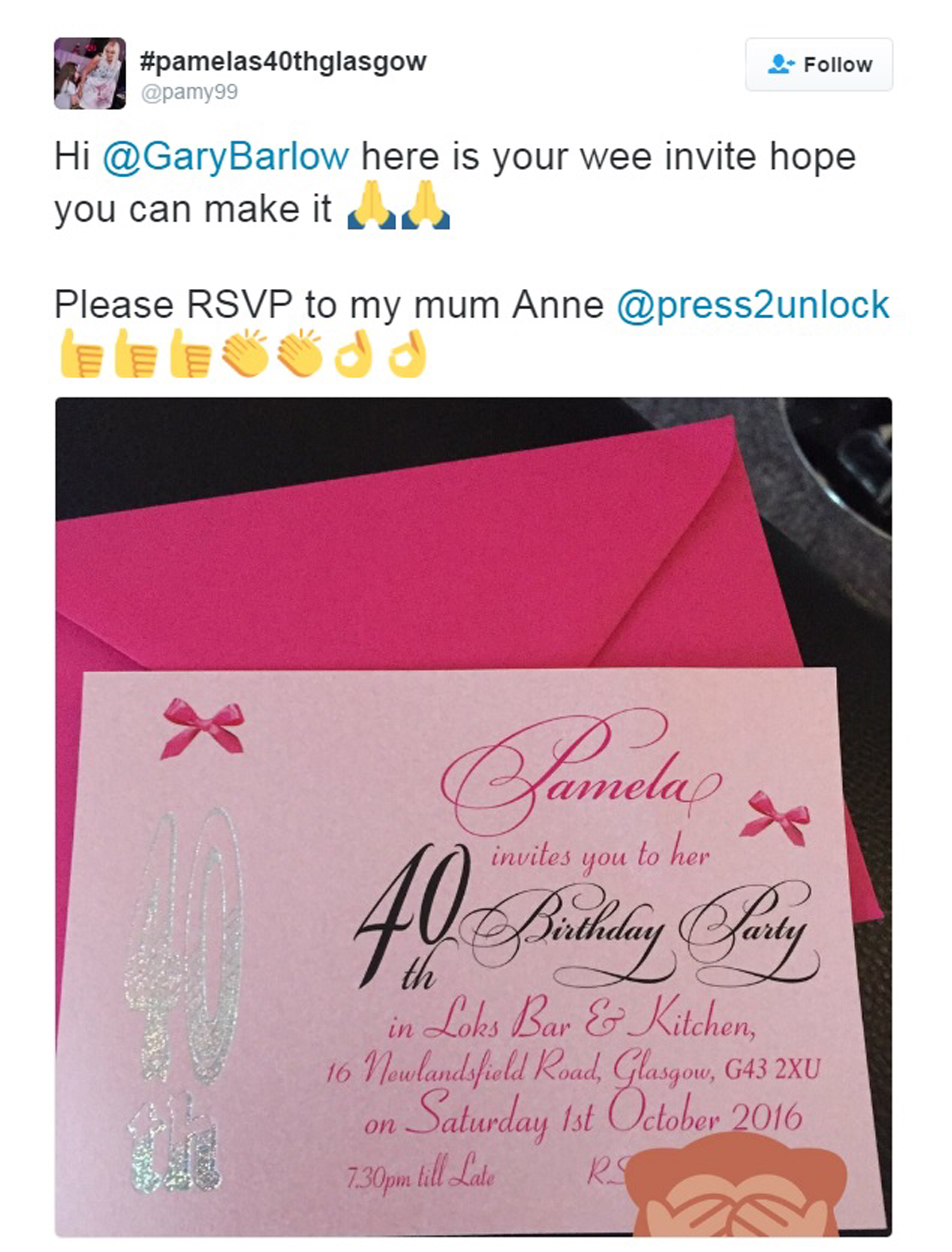 A week later, the upset fan tweeted her idol again writing: “Still waiting on a Happy Birthday from you Gary Barlow. I tried so hard campaigning, the least you could have done was say Happy B.”

Pamela’s friends have also weighed into the messages saying that Gary let her down.

Amanda Mitchell wrote: “Can’t believe he didn’t show or even a reply to say Happy Birthday.”

Along with a fist emoji, Robert Whitelock said: “Pamy you had the people there that mattered the most. Superstars will always let you down.

“Superstar status but I would do it, four million followers or not.” 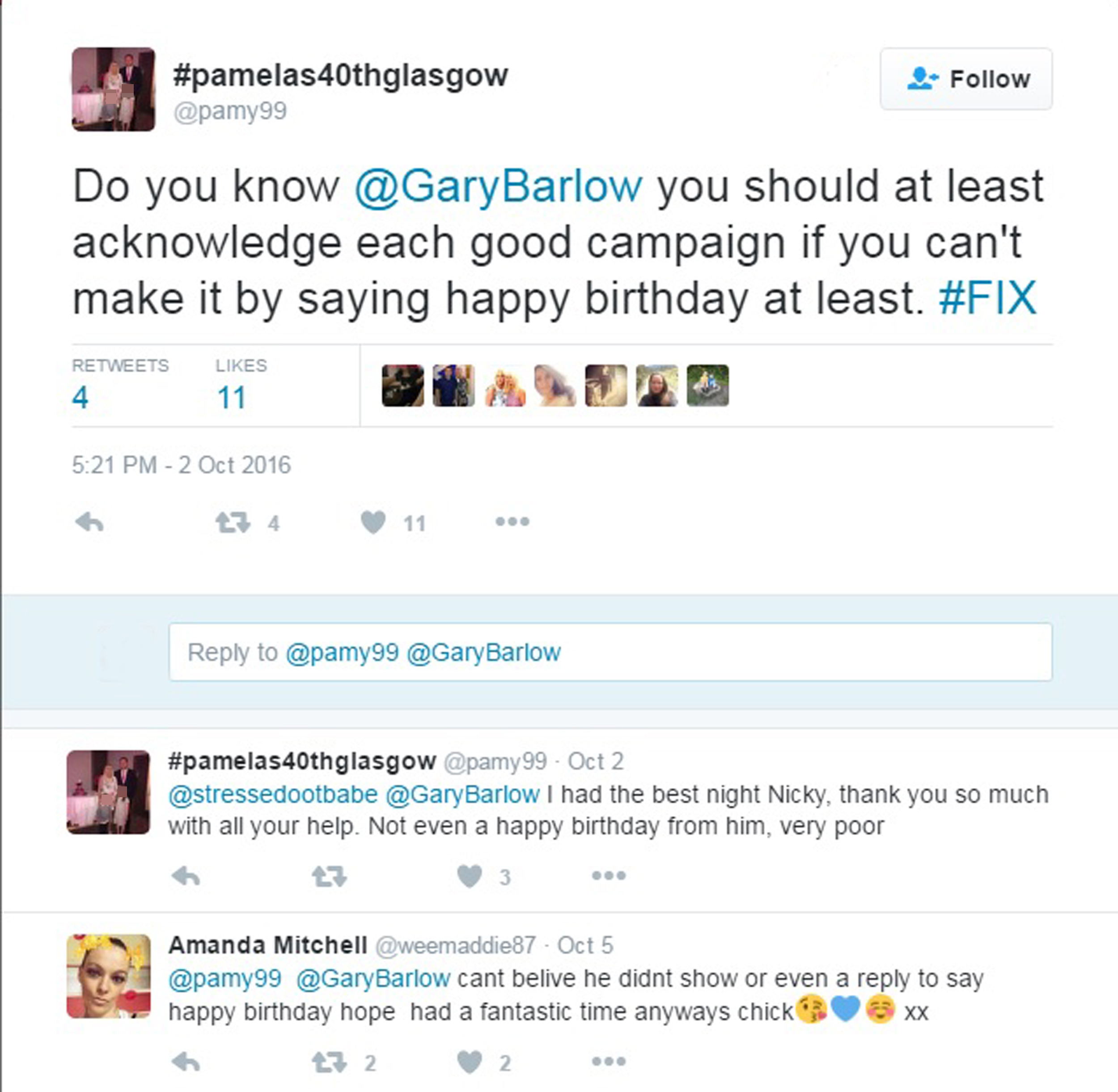 Gary has still not responded to any of the messages despite constantly posting tweets on his account.

He announced back in March that he would be surprising fans at milestone events after receiving such a great reaction from appearances at weddings across the UK.

Since then he’s already surprised dozens of fans across the UK by serenading them on their special day. 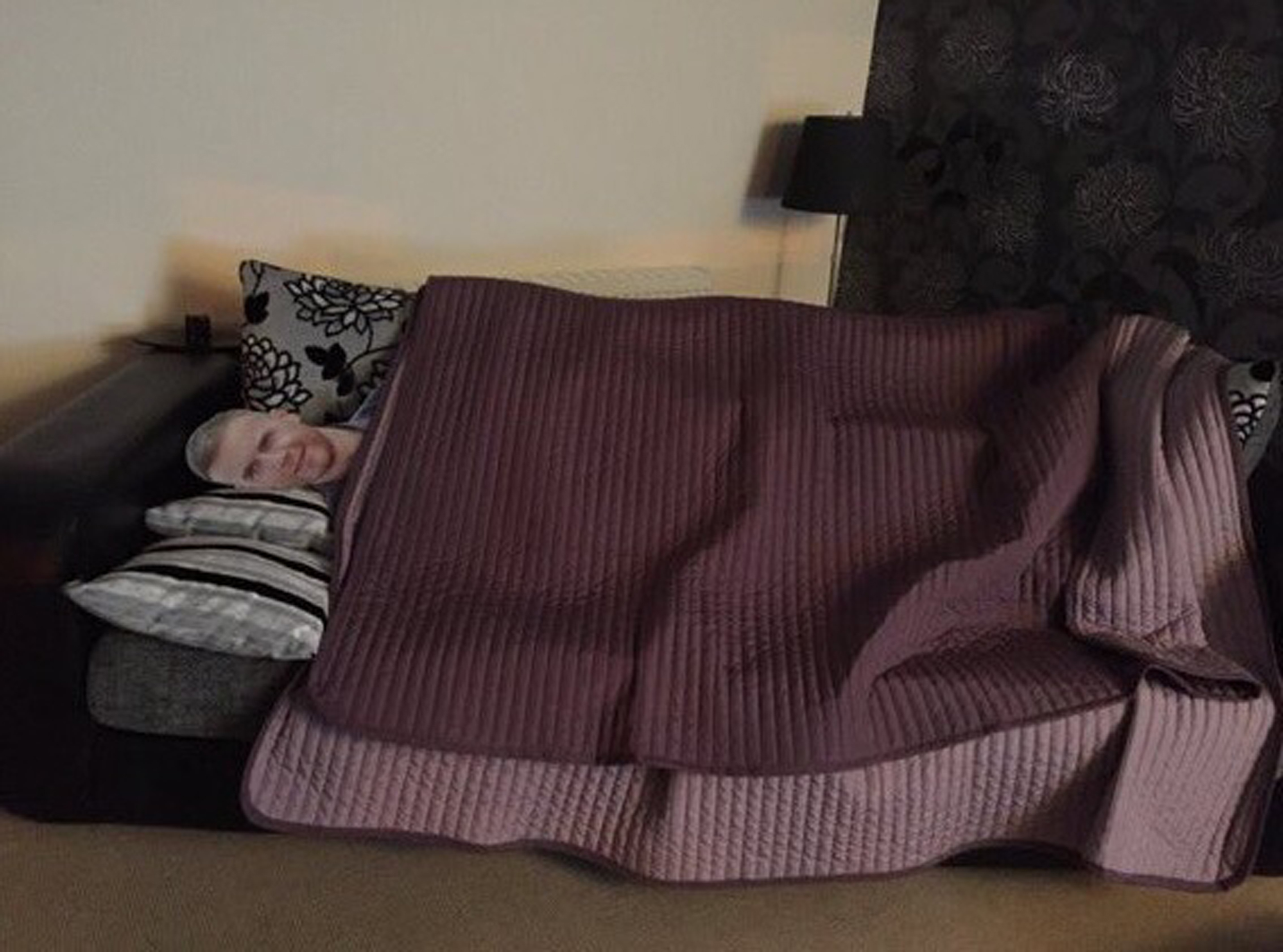 In May, the songwriter drove all the way to Dundee before bursting through a bars fire exit to sing Greatest Day to Jill Campbell on her 30th birthday.

Music teacher Jill had created three videos parodying Take That tunes to secure the shock meeting and repeatedly tweeted the star for several months before the big day.