Hearts owner Ann Budge insists she is confident the supporters will play their role in helping deliver the new £12 million main stand.

The Gorgie outfit were granted planning permission by the City of Edinburgh Council last Wednesday to start building work on the new 7,300 seater enclosure, with the redevelopment expected to be operational by next September.

And after seeing how the fans rallied to help save their club when it entered administration in 2013, majority shareholder Budge is sure they will make good on their financial commitment towards the new stand. 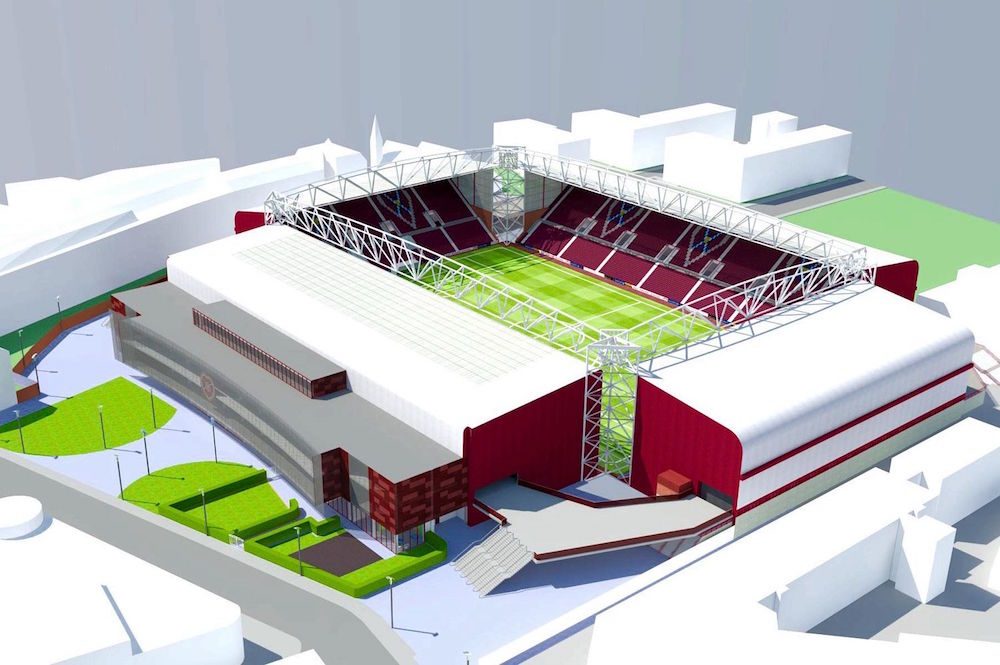 Owners-in-waiting the Foundation of Hearts have vowed to redirect £3 million of the fans’ cash towards the project, while Budge admits the wider fan base also has a huge role to play.

Taking into account a further £3 million that is being handed over by benefactors and money the club has in the bank, Budge is hopeful of sourcing the rest of the capital.

The IT guru, however, has stressed that the supporters’ continued backing is crucial to ensure the redevelopment does not leave the club in debt.

Budge said: “The supporters’ backing does matter, we absolutely have to keep their support because they’re the ones that spend money at the club.

“They’re the ones that will help us benefit from the additional facilities that we’re going to have, by using them. It’s crucial.

“We have a commitment from the Foundation of Hearts pledgers, it’s crucial that their commitment is realised and I’ve no reason to think for a minute that it won’t be.

“It’s equally crucial that the supporters continue to buy the strips, come to hospitality, buy their season tickets – all of these things.

Budge, meanwhile, has told supporters that building a two-tier main stand was simply not feasible.

The new enclosure, which will take the ground’s capacity to just over 20,000, will be similar in design to the existing three stands at Tynecsatle but will include facilities such as a restaurant with a city-facing rooftop terrace.

Budge added: “There were a number of constraints in terms of what we could do but what we did was take a very pragmatic approach to it and say: ‘Lets be realistic, how are we going to get this through planning? Lets take a look at all the constraints that might be thrown at us’.

“With regards to the height of the stand, supporters have said to me: ‘Why aren’t we building a two-tier stand?’

“Well, we can’t – there are practical constraints that mean it’s not possible.

“We’ve tried to be practical as opposed to, ‘would it not be wonderful if we could get this?’”