A CRANE operator has revealed the most spectacular reading spot in Britain – 200 metres up the UK’s highest bridge.

Aubrey Fox-Clark captured the stunning image yesterday (WED) as he spent a little down time from working on the 650ft Queensferry Crossing near Edinburgh.

The unique photograph shows Aubrey’s novel and the road deck of the almost-complete £1.35bn bridge below.

Cars using the elderly Forth Road Bridge the new structure replaces can be glimpsed while the Kingdom of Fife serves as the backdrop.

The 30-year-old, from Leven, Fife, had been installing wires along the bridge before taking a break to read The Mountain Shadow by Gregory David Roberts – and smoke a vape.

He described the daring reading spot as having the “best view of Scotland”.

He said: “I took the picture yesterday while I was basically in the equivalent of sitting in a shopping trolley.

“It runs up and down to install wires along the bridge but at the time I was at the very top so was about 200 metres high.

“It takes two or three hours a time to install every casing so I took a break to read The Mountain Shadow. It’s a sequel to a book called Shantaram about an Australian fugitive, well worth a read.

“I’ve been reading this one for about a month now but getting to do it with the best view of Scotland is great.

“I got through a couple of chapters and I’m nearing to the end now so it’s getting really good. 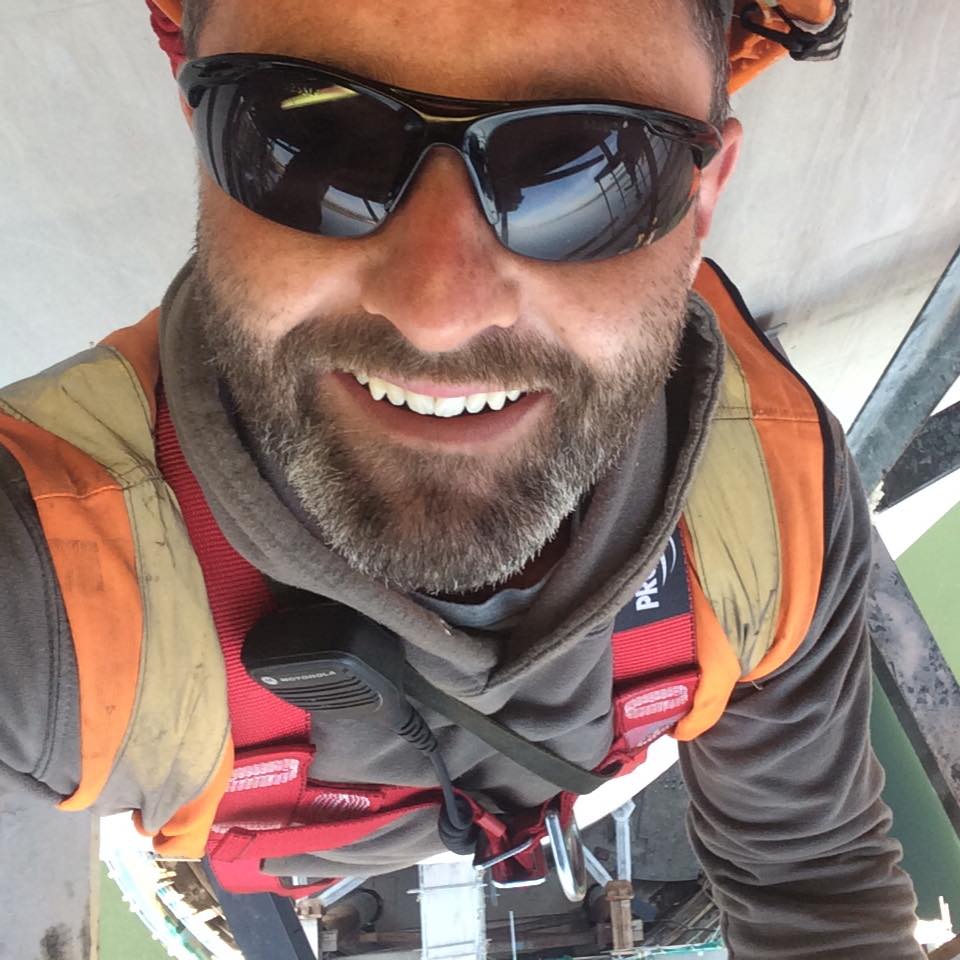 Aubrey, who also owns vapour cigarette store The Vape Haus in Leven, added: “It’s lovely and peaceful up there so you can be having a vape 230 metres high. It’s incredible.”

The image was posted by a friend, who wrote: “Had to share this on behalf of a friend who is working as a crane operator on the Queensferry crossing, taking a break and enjoying a read.”

One social media user, Alison Stewart, wrote: “Working opposite a building site, we often wondered what the crane operator did during the time he wasn’t operating it – now we know.”

Charlene Pryor wrote: “Wow. And I thought reading in a moving vehicle was difficult.”

Jacqueline Stewart said: “Oh no no no no. Oh bejeezus.”

And Michelle Beeler added: “Being a book nerd, I love this. Great view.”

Last week the Queensferry Crossing bridge was recognised by the Guinness World Records as the largest freestanding balanced cantilever in the world.

The bridge is due to open in May 2017 despite original hopes that work would be complete by December 2016.

The project remains within its budget of £1.35bn.

Since last September each 16 metre , 750 tonne section of deck has been added piece by piece and the central tower deck fan is now fully complete.