POEMS widely regarded as a cornerstone of Scottish history are almost certainly a hoax, according to new research.

An investigation by scientists has concluded that Ossian’s poems were an ingenious fake, stolen from Ireland.

Ossian – a legendary Celtic warrior and bard from the third century AD – is the narrator and apparent author of poems translated by the Scottish poet James Macpherson.

The poems, “rediscovered” in 1760, inspired the writings of Scotland’s most famous bards, Sir Walter Scott and Robert Burns.

Many critics have long suspected that Macpherson framed the poems himself, based on Highland folk tales he had collected.

And the new research seems to have settled the matter, judging that the works are based on Irish poems from around 800 years after Ossian is supposed to have died.

Statistical physicists at Coventry University, Joseph Yose and Ralph Kenna along with other colleagues at the University of Oxford and the National University of Ireland made the discovery.

Professor Kenna said: “When you put it all together you do get the feeling very strongly that it might have come from the Irish texts.

“Our work is ongoing and this is precisely the next thing we’re investigating: whether there is a way one could derive one from the other.”

While Macpherson was adamant that the Scottish poems he translated had nothing to do with Ireland, the resemblance between Ossian and Oisin – a warrior poet in the Irish Fenian cycle – are very similar.

The scientists analysed the similarities between characters in the work and discovered that Ossian’s work matches the 12th-century Irish poems almost identically.

From this it can be determined that in all probability the infamous relics of the Scottish Iron Age are almost certainly from Ireland.

Despite the poems apparently originating from our neighbours across the sea, they couldn’t have emerged at a better time in Scotland during the 18th century.

The country was in the throes of being absorbed into the kingdom of Great Britain in 1707 and the Jacobite uprising had just been crushed by British forces in 1746 – with the Bonnie Prince Charlie fleeing the country.

It was not only the Scots who drew their strength from the poems, they became an icon for resistance against the British Empire around the world.

The Emperor Napoleon is said to have carried a copy of Ossian. Napoleon said, ‘I like Ossian for the same reason that I like to hear the whisper of the wind and the waves of the sea’.

The US president Thomas Jefferson called him “the greatest poet who ever existed” and the town of Selma in Alabama, which has close links with the American civil war derived it’s name from one of the characters in the works. 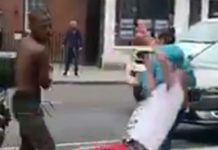 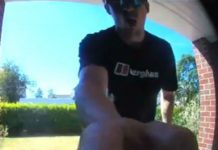 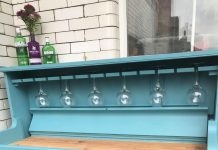