Borussia Mönchengladbach forward Andre Hahn admits the players are in danger of being physically and mentally exhausted by the time they host Celtic in next Tuesday’s Champions League clash.

The German side kicked off a demanding run of four games in eleven days with a 2-0 DFB Cup victory over Stuttgart on Tuesday evening.

To make matters worse, head coach Andre Schubert was without nine first team players against Stuttgart due to injury. 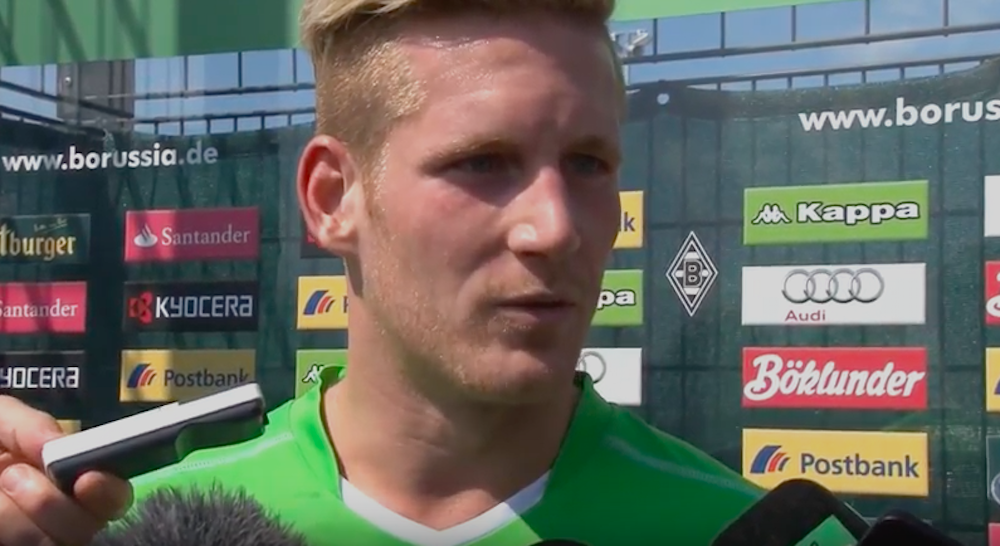 The Bundesliga club return to league action at home to Eintracht Frankfurt on Friday, face Celtic in a key Group C clash four days later and then make the trip to Hertha Berlin on November 4.

Germany cap Hahn scored the second goal in last week’s  2-0 win in Glasgow and hopes Monchengladbach can overcome their fatigue and injury woes to effectively consign Brendan Rodgers’ side to bottom place in the group.

Hahn said: “On Friday, Frankfurt visit, on Tuesday we have Celtic and then the following Friday we must travel to Berlin.

“The number of games remains extremely high for us and the most important thing now is that we recover well. It is best that we spend two days in ice baths.

“At the moment the strain, both physically and mentally, is really tough and because of the injuries, we also not have the opportunity to rotate the team.

“But we are glad we are represented in all these competitions, we’re professionals and we must relish this challenge.”

Head coach Schubert does not have his injury woes to seek after a total of nine players were ruled out of the cup victory over Stuttgart.