JOE MBU has told Edinburgh City’s rivals to write them off at their peril after insisting the Citizens are ready to shake off the ignominy of being the only club in Britain without a league win.

The capital club are propping up the SPFL after enduring a nightmare start to life in the bottom tier, claiming just three points – all from draws – from their opening 10 fixtures.

It is the worst record to be found anywhere north or south of the border, prompting some to suggest City are destined for a swift return to the Lowland League. 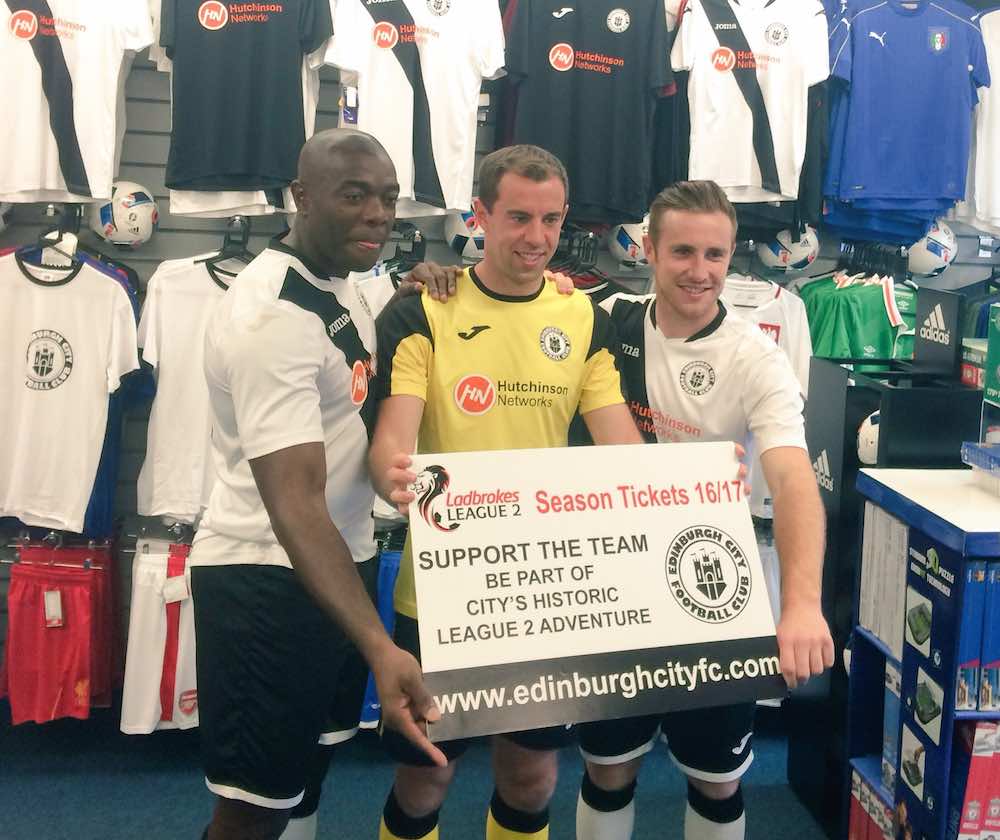 However, defiant Mbu, a veteran of six years in league football with the likes of Cowdenbeath, East Fife and Stenhousemuir, is adamant they have what it takes to survive at this level – and will soon prove it.

They travel to face League 2 leaders Forfar this afternoon in the second of three consecutive fixtures against Gary Bollan’s side, having seen their Scottish Cup tie go to a replay following a 0-0 draw at Meadowbank last weekend.

Aiming to eat into the five point gap to ninth-placed Cowdenbeath, Mbu said: “It would be ridiculous to write us off – 100 per cent – and I can guarantee that anyone who has actually watched us this season won’t be writing us off.

“We’re not daft and would know if we were being outclassed, but that’s not the case – mistakes have just been costly.

“Of course the morale’s not the same as when you’re winning every week but there’s been no need to lift the boys because we’ve actually been playing quite well.

“Once that first victory comes in, it will hopefully be the first of many. The points will come rolling in. We want to get that winning mentality back and there’s only one way to do that.”

Mbu puts City’s meagre points total down to a brutal learning curve after manager Gary Jardine made the conscious decision to keep most of his Lowland League-winning side together.

Ex-Scotland cap Craig Beattie and former Manchester City youngster Marc Laird have been the only high-profile additions and Mbu admits they are being severely punished for errors that may have been forgiven in non-league football.

He does, however, expect the squad to prove they can handle the step up during the second round of fixtures.

The towering 34-year-old continued: “I’ve said to the boys ‘that’s the difference: you make a mistake, you get punished’, and now they’ve realised that there is only one way we are going to go.

“People probably won’t give us a chance at Forfar, but the first league game was close and the Scottish Cup game last weekend was a draw – we were unlucky not to win it, actually. So, hopefully this is the game when it turns around.”