ROBBIE NEILSON has revealed that Scotland under-21 star Sam Nicholson is on the cusp of signing a new deal with Hearts.

The 21-year-old winger is currently sidelined with a knee injury but, with his current contract expiring in the summer, talks are ongoing with a view to committing his future to the Tynecastle club.

While the Jambos appear resigned to losing fellow academy product Callum Paterson at the end of the current campaign, Neilson reckons Nicholson requires more development in Scotland before he gets his big move. 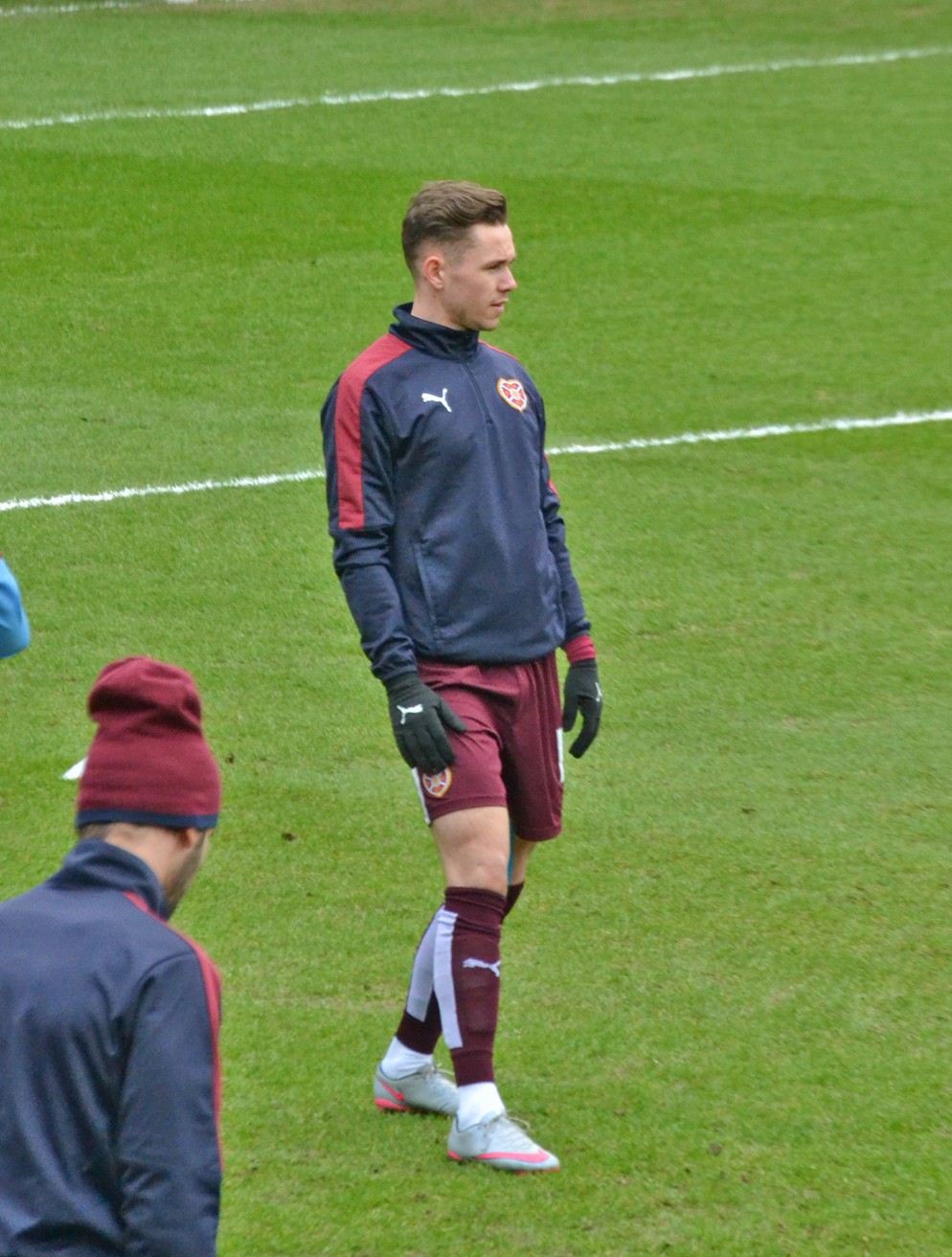 And Neilson fully expects the player to put pen to paper in the coming weeks.

“We have been talking to Sam [Nicholson] and I don’t think we are too far away,” he confirmed.

“Sam has his head screwed on and I think his parents and agent realise that he needs to stay here and develop before he moves to England.

“If you compare them, I think Callum [Paterson] is at a different stage of his career to Sam.

“Callum has played 150 games, is a full Scotland international and is 6ft3in. He is undoubtedly physically ready to go and move. Sam is not quite there yet and he has another year to develop.”

With Nicholson absent, Billy King on loan at Inverness and Dario Zanatta on loan at Queen’s Park and not deemed ready for the top-flight, Neilson confirmed he is already identifying wide players with a view to strengthening in January.

However, a more pressing concern is his continued attempt to balance attack and defence as Hearts seek to return to winning ways against St Johnstone tomorrow afternoon.

Prior to their last outing against Inverness, all the talk had been about Hearts’ misfiring strikers.

And, while things finally clicked in the final third in the Highlands, their previously admirable defensive stability was conspicuous by its absence in a breathless 3-3 draw.

“It’s about striking that balance and working on what we need to do to try to progress,” continued Neilson. “That’s football. It was an exciting game for the neutrals and even Hearts and Inverness fans will have enjoyed it.

“It was entertaining football but I don’t want us to be scoring three goals and coming away with one point!”