Hibernian head coach Neil Lennon admits he would have no qualms about asking Scotland midfielder John McGinn to play two matches in as many days next weekend.

The 22-year-old is part of Gordon Strachan’s national team squad for next Friday’s crucial World Cup qualifier against England, while his club are in Ladbrokes Championship action 17 hours later when they host Falkirk.

The talented playmaker is due to fly straight back to Scotland after the Group F showdown in London and former Celtic manager Lennon admits he will take into account any involvement McGinn has against the English before considering naming the two-times capped player in his squad for the domestic match. 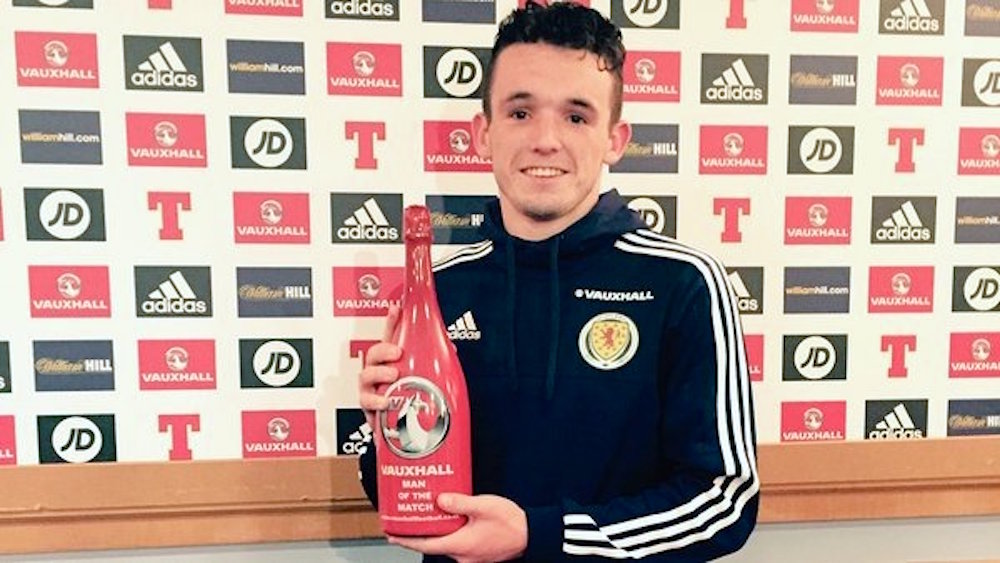 Lennon, whose team will bid to exact revenge at Somerset Park on Saturday after Ayr United inflicted their first league defeat in September said: “It’s not ideal but it’s doable and it’s something we’re going to look at.

“We’re planning to get him back as quickly as possible from London, get him rested and ready to play, depending, though, on how much – if at all – he plays in the England game.

“For his own development and if Gordon think he’s going to be important to him then, of course, you want to see him involved.

“Obviously I can’t put Scotland first. It’s a situation I’ve never really had before, obviously I want Scotland to do well but I’d like him to come back in one piece and be fit and ready to play because it’s an important game against Falkirk.

“It’s just the situation that’s been thrown up, we can’t do much to avoid it really.”

Lennon insists McGinn’s form at club level is more impressive given that the player has been hindered by a persistent ankle injury that might have to be mended by an operation.

He added: “There have been some games he has been fantastic, he’s got the game for it.

“He has a little problem with his ankle at the minute. It’s holding him back a tiny bit but it’s not stopping him from playing.

“I do think the niggle has been gnawing away at him and it’s been getting progressively worse.

“We’re able to manage him, he’s probably playing when he’s not 100 per cent fit and that’s a credit to him as well.

“It’s something we’ll have to look at if it keeps getting worse.”

McGinn has become a regular call-up to Strachan’s Scotland squad and Lennon reckons the experience of training alongside the likes of captain Darren Fletcher will have a positive effect on the former St Mirren midfielder.

He added: “I’d like to think it gives you a bit of gravitas. He is not a big headed boy anyway and he will soak up and absorb everything when he is away.

“It’s difficult to learn things in a two week period but I’m sure he is learning watching these guys train and just watching international football at close quarters.

“I’m sure he can pick little things up as he goes along. He has been playing very well in the last couple of games.

“I think the fact he is playing in the Championship and being picked for Scotland speaks volumes for his talent.”