Hibs midfielder John McGinn admits he is delighted he will still be able to learn from Scott Brown after fearing he would be replaced by the Celtic captain in the Scotland squad.

The 22-year-old thought he would be the one to make way for the one-time Hibs player ahead of next Friday’s mouth-watering World Cup qualifier against England at Wembley after Brown came out of international retirement.

National team manager Gordon Strachan decided there was room for both central midfielders in his squad and former St Mirren playmaker McGinn is thrilled he is part of the group that is heading to London for the crucial Group F clash.

McGinn, who earned his second cap in last month’s 3-0 defeat to Slovakia, said: “When you know the squad announcement is coming up you just wait and hope your name is in it.

“Thankfully for me, it was. The midfield has obviously been strengthened with Scott coming back so I didn’t know if I was going to miss out.

“All the midfielders will have been thinking the same but if he’s going to help the team and the country then I’m all for him coming back.

“He’s a top player. He helped me massively when I went away with the national team before and he’s been the best player in the country this season. I’m looking forward to seeing him.

“Scott was at Hibs before and he’s experienced everything that I’m going through just now. He gives me messages and wee bits of stick to take back to Tam the kit man, who was here when he was here.

“If I can do half as well as he’s done in his career, I’ll be doing well.

“You learn so much being away with Scotland, even just in a couple of minutes of conversation with the likes of Scott and Darren Fletcher.

“You just try and take wee tips from these guys. I call myself the sponge because I try and soak up wee bits and bobs from everyone when I’m away.”

Today’s Championship trip to Ayr United is McGinn’s priority but the dynamic midfielder admits he is excited about the forthcoming Auld Enemy showdown.

Hibs head coach Neil Lennon is considering naming McGinn in his squad for the clash with Falkirk just 17 hours after the Wembley tussle and the Glasgow-born player is relishing the prospect of playing two games in as many days.

He added: “It’s an exciting week. I’ve got an exciting few weeks club-wise and obviously being in the Scotland squad.

“I’ll probably come back up for the Falkirk game and see how the manager feels about me playing. As far as I’m aware, we’re flying back up after the game, so I’m more than happy to play for Hibs on the Saturday.”

Scotland are hoping for a result against England to kick-start a qualifying campaign that has stuttered following the recent draw with Lithuania and defeat to Slovakia but McGinn is adamant they can cause an upset on Friday.

He added: “Everybody was disappointed after the last two games, but all you can do is focus on the next one.

“It’s not going to be easy. England are notoriously good in qualification but we’ll have nothing to fear.

“We showed last time, when Kenny Miller scored (in the 3-2 friendly defeat to England at Wembley), that we’re capable of putting in a really good performance down there. We’ve just got to make sure we’re right at it.” 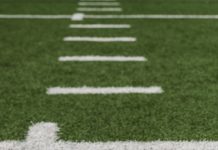