A petition to establish a Taco Bell in Glasgow and one to kick Nicola Sturgeon out of Scotland are amongst those rejected by the UK Parliament in the past year.

Any UK citizen has been able to submit a petition to parliament since 2011, and if it received 100,000 signatures it will be considered for debate in the commons.

A list of rejected petitions has come to light after social media users started tweeted some of the stranger ones.

The 15,000 reject petitions in the past year also include calls to ban road works on the “dugmeat” M8 and even one to change the Scottish national anthem to Loch Lomond or Caledonia.

The one to open a Taco Bell states: “Taco Bell is soooo tasty and probably better for you than McDonald’s.”

The response from the government states that both were rejected because they were “about something that the UK Government or Parliament is not responsible for.”

The petition to stop roadworks on the M8 was submitted by a user who was consistently late for work.

They wrote: “As everyone knows the M74 and M8 at the moment is absolutetly dugmeat due to all the road works, they might be trying to do wonders to it so it connects from Glasgow to Edinburgh, but that’s in 2 years time, I can’t keep being 8 hours late for work due to them trying to build a super road.

“Please join me in signing this position so we can all be stress free in the morning and go into work all being happy rather than wanting to hand in your notice and never leave your house again for fear of traffic! Thank you.”

The response from the UK government states: “Your petition is about something that the Scottish Government is responsible for. That means that the UK Government and Parliament can’t look into it.”

Other Scottish rejections included “Demolish SNP”, “Honour Kenny Dalglish with a knighthood”, “Put Ruth Davidson in as First Minister of Scotland”, “Reduce the amount of money Scotland receives from the Treasury by £5bn”, and “Let Scotland have their own Scottish commentators at major football tournaments”.

Other petitions rejected by the UK Parliament include one to stop England footballer Harry Kane taking corners for the side at Euro 2016, and one to get Jeremy Corbyn to “oust the remaining Blairites from the Labour party.”

Social media users have been posting about how much they are enjoying the rejected petitions.

Twitter user James Raithby posted a screenshot of the rejected petitions page, with the caption “How can people say Brits don’t have a sense of humour”.

Author Aaron Gillies then tweeted: “The rejected petitions on the UK government website are amazing.”

User @Robot_Cooper posted a link to a petition titled “End Petitions” and said: “It’s a crime that this petition was rejected.”

Previously, petitions that have been debated in parliament include one to declare June 23, the day of the referendum regarding the UK’s membership of the EU, “independence day”, and another to urge the South Korean government to end the dog meat trade.

To the independence day petition, the government eventually responded: “There are no current plans to create another public holiday.

The response to the petition regarding the South Korean dog meat trade reads: “The British Embassy in Seoul has raised the issue of cruelty towards animals on numerous occasions with the South Korean authorities and explained that the UK public and parliamentarians would like to see Korean regulation that would bring the practice to an end.” 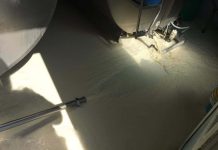 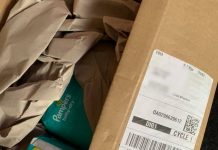