SHOCKING video shows reckless youngsters shooting fireworks at each other in a battle dubbed “Harry vs Voldemort”.

The Harry Potter-themed stunt shows one boy darting back and forth behind two wheelie bins while another boy is firing shots in a back garden.

A boy wearing a grey tracksuit is shown crouching down as he takes aim and fires the explosives directly in the direction of his victim – nicknamed Voldemort, the chief villain in JK Rowling’s novels.

Louds bangs can be heard as the boy lets off four bright fireworks – missing his victim by inches and hitting the wall.

One onlooker can be seen watching the battle from the side while another group are heard laughing and cheering in the background.

The clip was uploaded on Sunday, the day after fireworks night, and although the location is unclear, the person who posted the clip is from Blackpool, Lancashire. 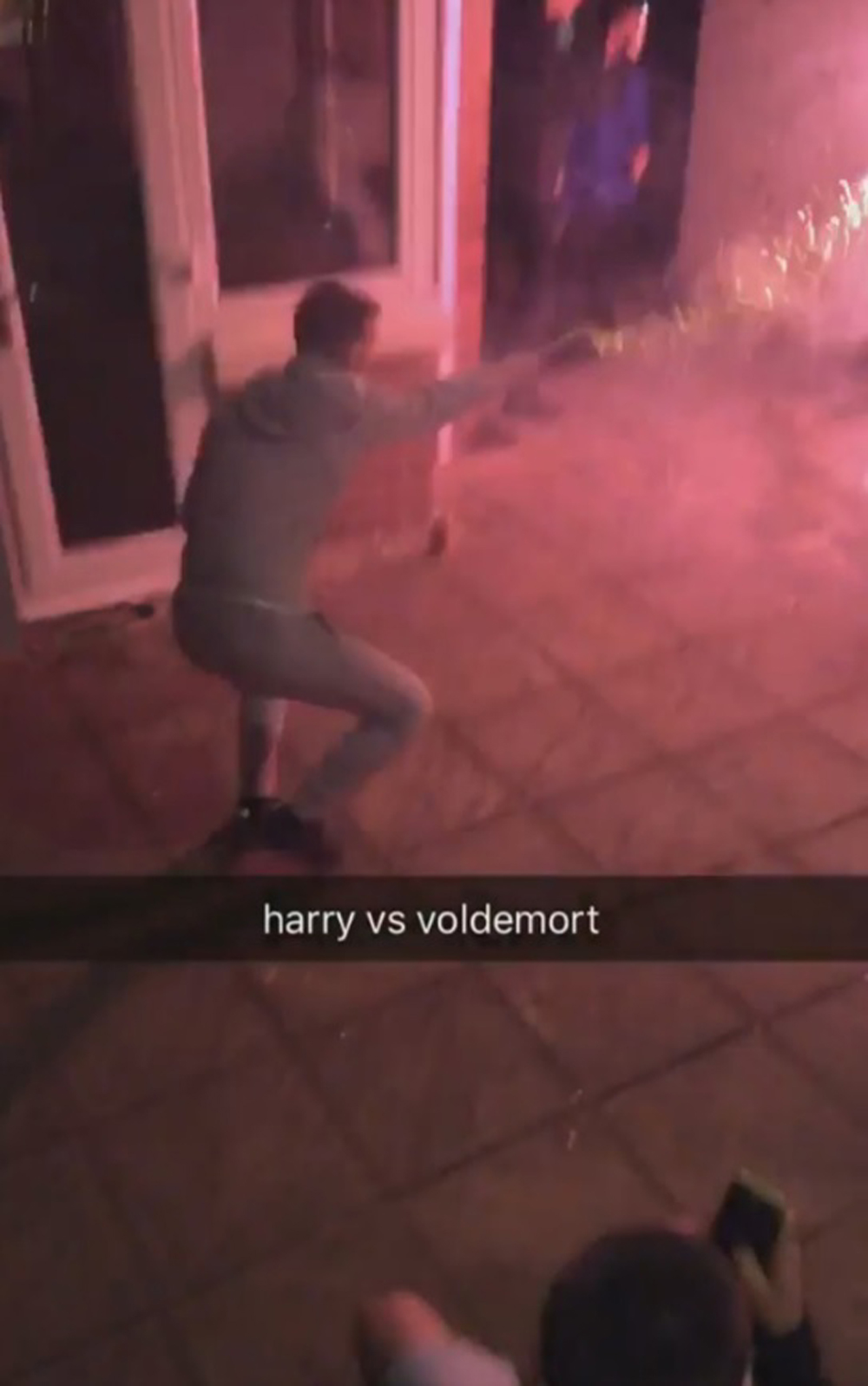 When one shot almost hits the boy, another onlooker can be heard mumbling “f***” while sniggering away to himself.

It is unknown where the incident, captioned Harry vs Voldemort, happened.

The duo appear to be staging a reenactment of the final battle between Harry Potter and Lord Voldemort in the Hogwarts courtyard in the hit series. 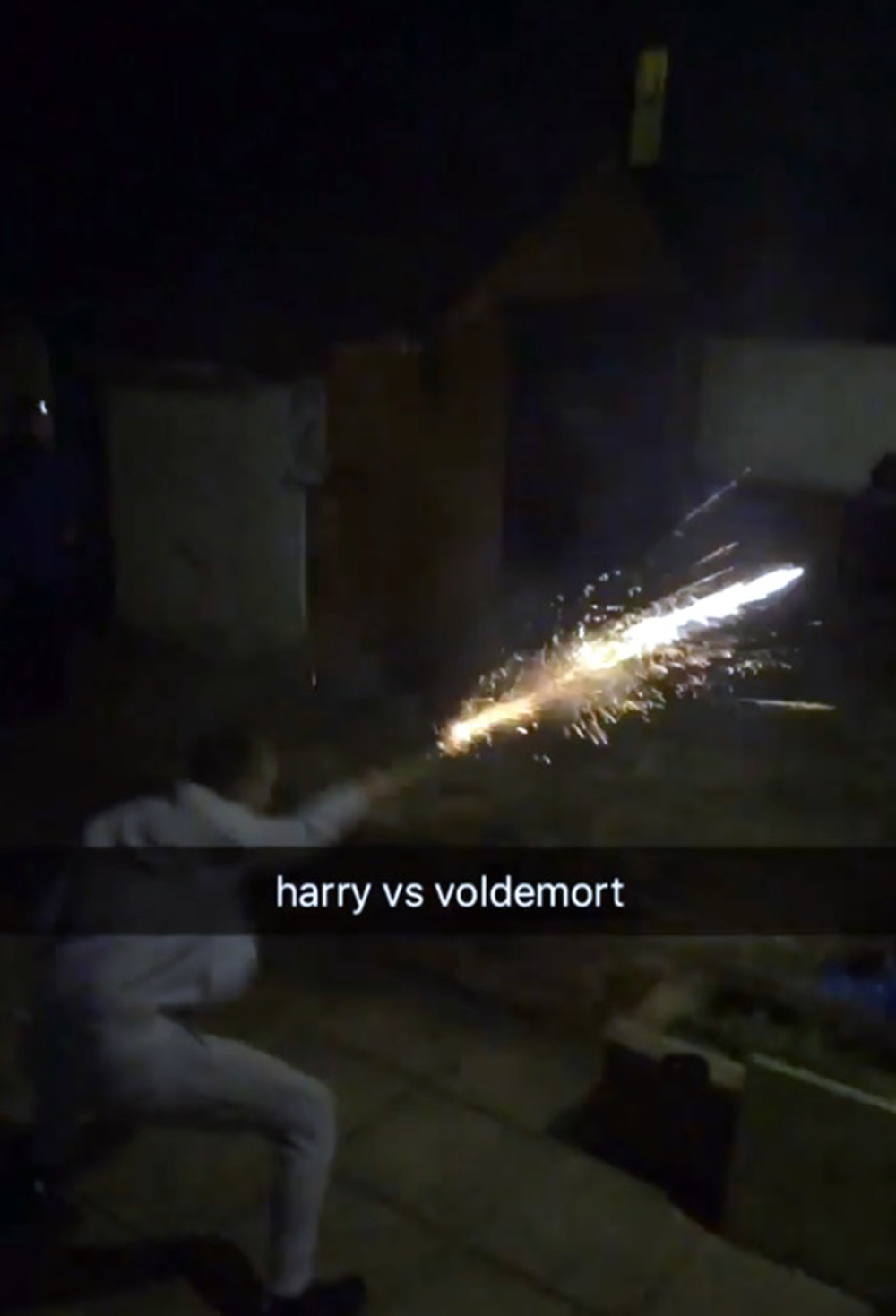 The clip, uploaded onto Twitter on Sunday evening, sparked dozens of tweets from followers with one writing: “You’re a wizard Harry.”

Another user, who appeared to be involved in the game, wrote: “I have to say some cracking shots from myself.”

The boy running from the fireworks wrote: “I’m proud of my dodging skills”. 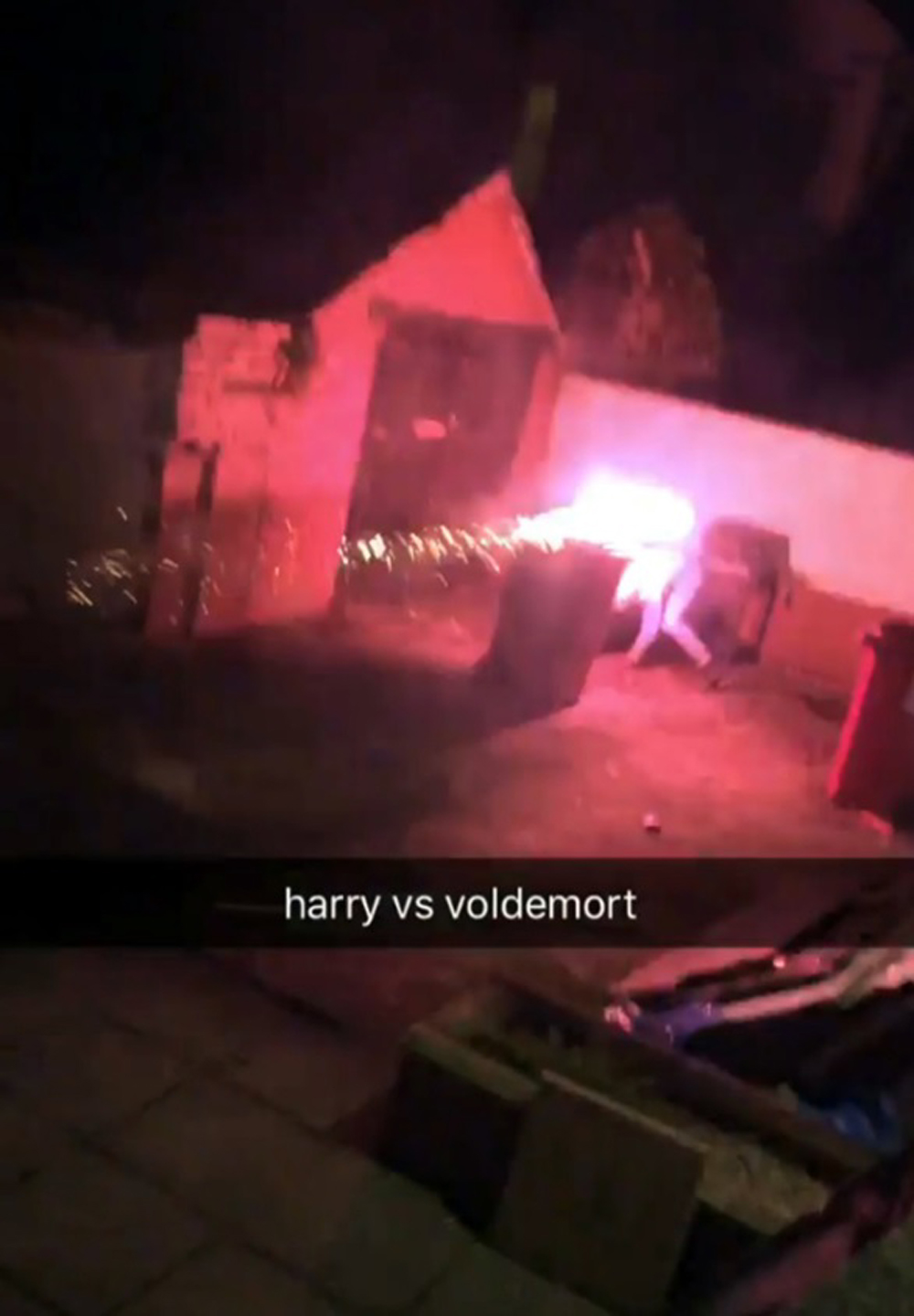 It has since been retweeted on social media more than 800 times and received hundreds of likes.

Emergency services in the UK dealt with hundreds of incidents on Saturday.

Greater Manchester fire crews described a night of devastation following a string of incidents including a 14-year-old girl being hit in the face by a firework. 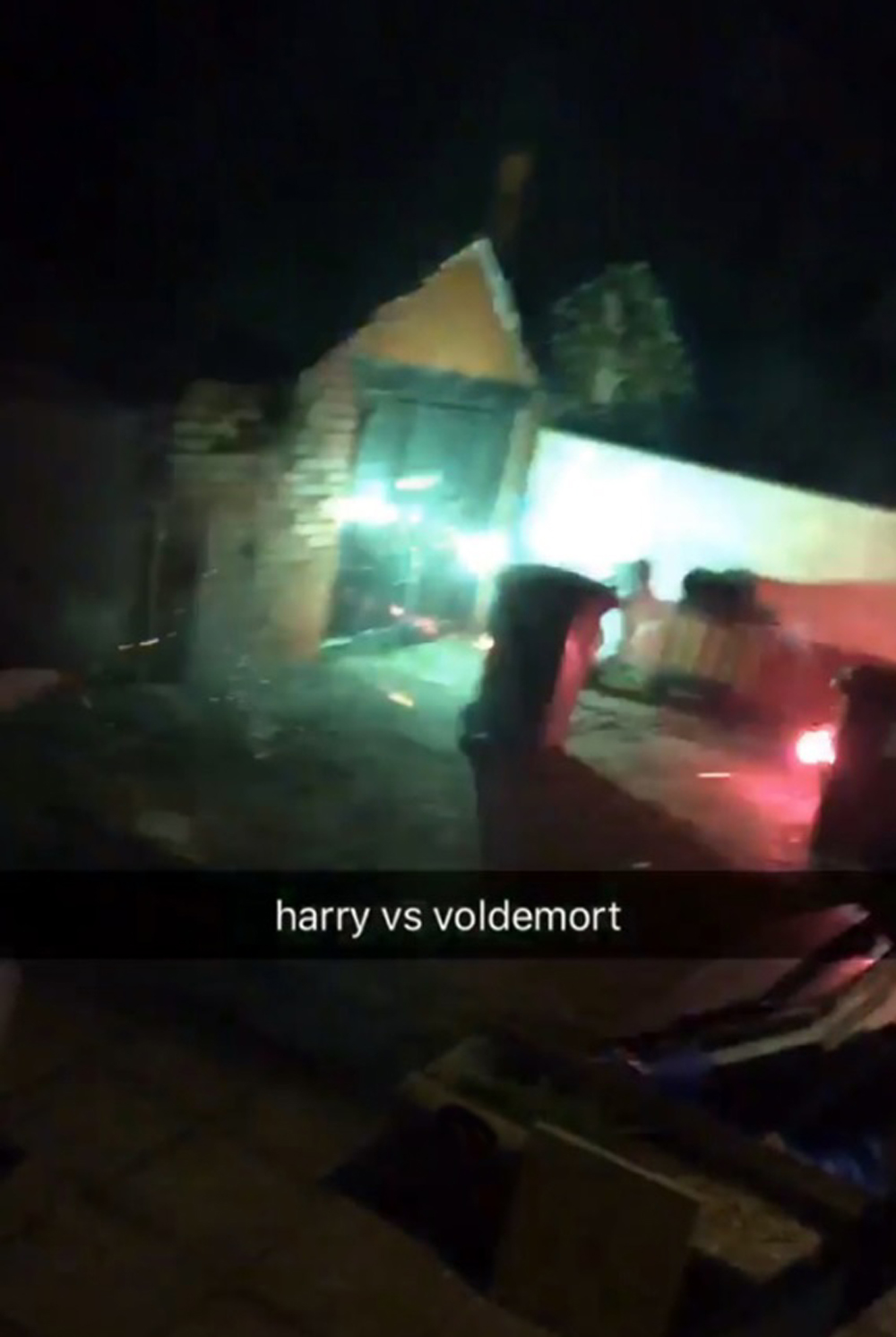 The South Wales Fire and Rescue Service was called out to 309 bonfire night calls in eight hours. Firefighters attended 970 call-outs in Scotland between 4pm and midnight the previous day.