IKECHI ANYA is eyeing revenge against the Auld Enemy after admitting Scotland did not do themselves justice in their last meeting with England.

The 28-year-old was part of the side which succumbed to a 3-1 defeat against the Three Lions at Celtic Park in 2014 and recalls the “bittersweet” feeling of being part of an electric night in Glasgow’s East End.

Goals from Alex Oxlade-Chamberlain and a Wayne Rooney double did the damage to Scotland, with Andrew Robertson grabbing a consolation for Gordon Strachan’s side. 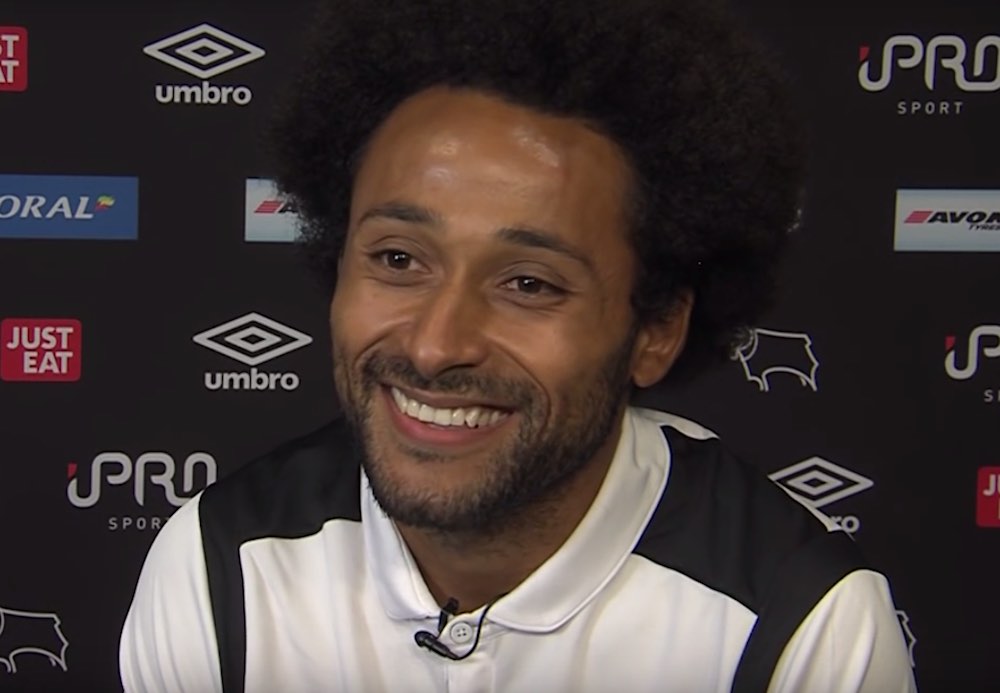 Despite being honoured to be part of the glamour friendly, Anya was left with a sense of what might have been.

Almost two years on, he reckons Scotland will have a point to prove in tomorrow’s mouth-watering World Cup qualifier at Wembley.

Anya, now on loan at Derby from Watford, said: “The last time we played against England was in 2014. We had just come off the back of a good result against Ireland in our qualifying campaign for the European Championships and I don’t think we showed our true capabilities.

“The atmosphere was brilliant, as you would expect. I had goosebumps when the national anthem was being sung and you go into the game all fired up.

“England were up for it as well and I think many regarded their performance at the time as the best they had played for a while.

“It’s a privilege to play in games like that but the memory is bittersweet because we didn’t do ourselves justice on the night. England ran out easy winners on the night so it’s about writing the wrongs of that game and getting a good result.

“We aren’t where we want to be in the qualifying group right now but a result against England will put us back in in the race. It’s a massive game for us. The last two results haven’t been good so we need a positive one now to get back on track.”

Anya insists the Scotland squad have been looking forward to this fixture since the draw was made and has assured supporters that the players are acutely aware of the rivalry between the nations.

He continued: “It’s not just me looking forward to the game but the whole squad.

“When the draw was made for the qualifiers, this was the standout fixture, both home and away. We’re looking forward to playing at Wembley and hopefully having a good night.

“We all know about the rivalry and a lot of the players in the squad play in England as well.”

Anya is no stranger to Wembley after starring at England’s national stadium twice at club level.

He suffered a 1-0 defeat in the 2013 Play-Off Final against Crystal Palace before a 2-1 reverse against the same opponents last season in the FA Cup semi-final.