A HIGHLY-respected deputy headteacher sent “inappropriate” messages to a schoolgirl just weeks after he retired amid a standing ovation.

A video taken in December 2014 shows emotional scenes as Jim Ferguson left his post at Queensferry Community High School, Edinburgh, to applause from children and teachers.

But within four weeks, Mr Ferguson had sent “inappropriate electronic communication” to a teenager who was still a pupil at the school.

Mr Ferguson, 62, who worked at the school for 28 years, last week accepted a reprimand from Scotland’s teaching watchdog.

The reprimand with consent order avoided the need for a full hearing in public and means no further details of the case will be released.

The General Teaching Council for Scotland (GTCS) released Mr Ferguson’s declaration, which stated: “By signing below, I, the Registrant, declare that I waive my right to a full hearing and admit in full the allegation made against me relating to my fitness to teach that is set out below.”

The declaration adds: “Between 15 January 2015 and 20 January 2015, both dates inclusive, you did send inappropriate electronic communications to a female pupil.

“I admit that the above means that my fitness to teach is impaired.

“I freely and willingly consent to a reprimand being imposed upon me in view of my admission of the allegation set out above. 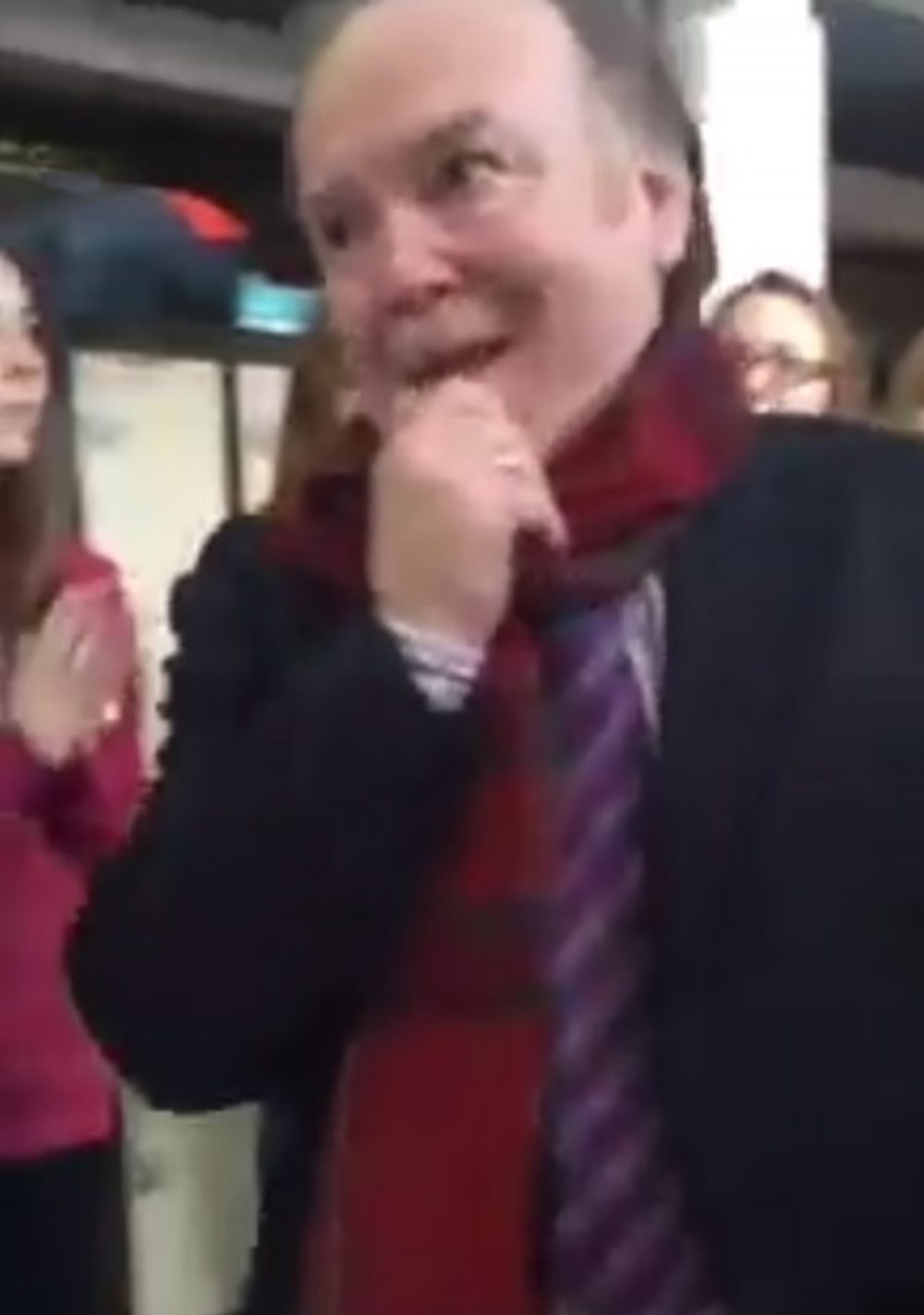 “I understand that this reprimand will be recorded against my entry in GTC Scotland’s Register of teachers for an aggregated period of six months from the date of signing.”

The GTCS panel said: “A complaint has been received by the General Teaching Council for Scotland (“GTC Scotland”) that alleges that the Registrant’s fitness to teach is impaired.

“The Investigating Panel further decided that in the circumstances it was appropriate to issue the Registrant with this Reprimand Consent Order.

“The Investigating Panel formed its view for the following more detailed reasons: No physical harm has been caused to a child or pupil, the registrant has demonstrated that he has reflected on the matter, and shown genuine remorse.

“There is no need to restrict or control the registrant’s ability to practice the teaching profession in view of the complaint.

“There is evidence attesting to the Registrant’s good character and history and a reprimand appropriately indicates to the profession and the public the seriousness of the complaint, therefore maintaining public confidence in teachers and the teaching profession.”

Footage, filmed by a pupil from the school, shows the moment hundreds of school children line the corridors of Queensferry High as Mr Ferguson leaves the building.

A massive round of applause is held throughout as the former deputy head walks down the middle of lined up children, pausing at point to take in the moment.

Mr Ferguson is then shown looking tearful as he holds his mouth before making his way to the schools entrance.

Just before leaving he raises both hands, waving to everyone before getting a hug from a woman, believed to be a member of staff.

In 1986 he was appointed head of PE at Queensferry High School before serving as deputy head from 2002 until he retired.

He married his wife Sandra, a primary teacher, in 1976 and went on to have two children.

A City of Edinburgh Council spokesman confirmed the incident happened after Mr Ferguson had left the school and the pupil was attending Queensferry High school.

He added: “The safety and welfare of our children is paramount and when concerns are raised we take immediate and appropriate action.”

It emerged today that Mr Ferguson was cleared at Edinburgh Sheriff Court last year of causing fear and alarm by kissing a female at the school.

Mr Ferguson appeared at the court in November 2015 charged that: “Between December 2014 to January 2015 at Queensferry Community High School on Ashburnham Rd, South Queensferry you did engage in a course of conduct which caused fear and alarm to [name removed for legal reasons] in which you kissed her, placed your arms around her and obtained her telephone number.”