JIM Goodwin insists he has no intentions of hanging up his boots any time soon as he settles into life as Alloa Athletic boss.

The former St Mirren and Celtic midfielder took over from Jack Ross at the Wasps last month as he fulfilled a lifelong ambition to move into management.

He declared at the time he was determined to continue playing and he has started all five of the matches since he took charge of the Wasps. 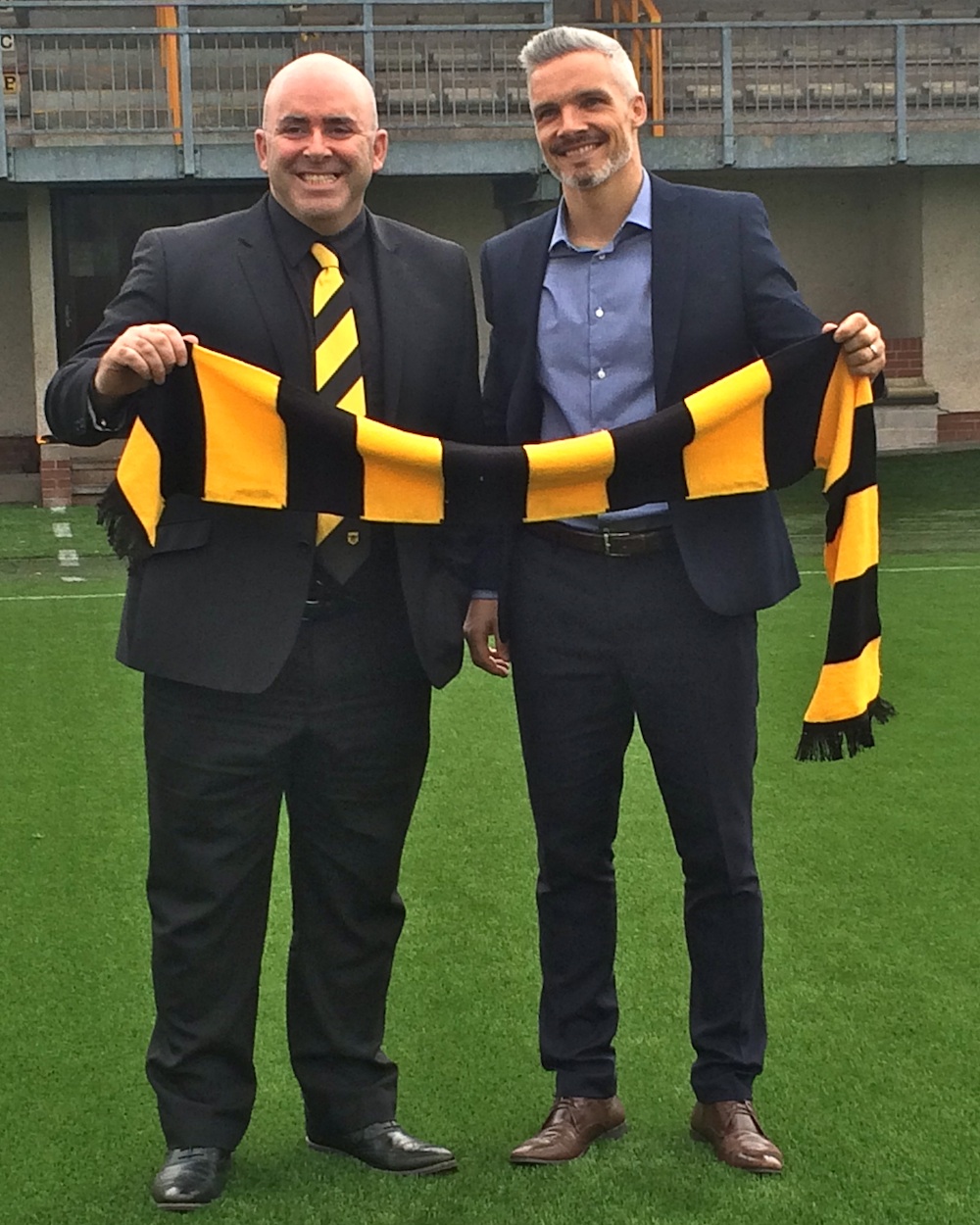 And, despite reports in the wake of Saturday’s 2-0 defeat to Queen of the South in the IRN-BRU Cup suggesting he is considering retiring, the 34-year-old is adamant he has not changed his mind.

Speaking ahead of Tuesday night’s trip to face East Fife, he said: “I certainly have no intentions of retiring as of yet.

“Yes, I want to be able to dedicate myself to the manager’s role but I’m very much supported by my backroom staff, with Paddy Connolly, Lee Sharp and Alan Fraser there. I’ve got a great team behind me.

“As much as I’m focused on doing the manager’s job, playing a part on the field is still much in my thoughts as well.

“Everybody I speak to – past players and even current managers – all say the same thing. As long as I do the appropriate preparation for a match-day, in terms of team selection, training and tactics, then whether I’m playing or not everything is in place.

“I trust my backroom staff to make decisions and they’re very much of the same mindset as me on how the game should be played and how our players should be performing.

“I’ll carry on playing for as long as I can, there’s no doubt about that.

“At the moment I feel fit, I’ve never had any really serious injuries, so for as long as I’m able I‘ll carry on.”

Goodwin has steered Alloa to two league victories, a draw he feels they should have won and a defeat to table-toppers Livingston since being appointed.

And he is confident the Wasps are still on the right tracks as they seek an instant return to the Championship following last season’s relegation.

The Irishman added: “We’re back to the league and that’s our main priority. It’s a massive game and one that if we win we’ll go above Brechin into second place, so the motivation is there.

“We’re right within touching distance of Livi and we’ll remain upbeat and positive and my team-talk is ‘if we win we go second’, it’s as simple as that.”