Aberdeen winger Niall McGinn insists captaining Northern Ireland on his 50th appearance is a moment he will remember for the rest of his life.

McGinn celebrated the cap milestone by leading his country out for Tuesday’s friendly against Croatia and despite being comprehensively beaten 3-0, the 29-year-old admits wearing the armband was an unforgettable honour.

The Dons forward, who was one of six changes to the side from Friday’s 4-0 World Cup qualifying Group C win over Azerbaijan, said: “It’s a special moment for me personally, I don’t think I’ve ever been captain before. 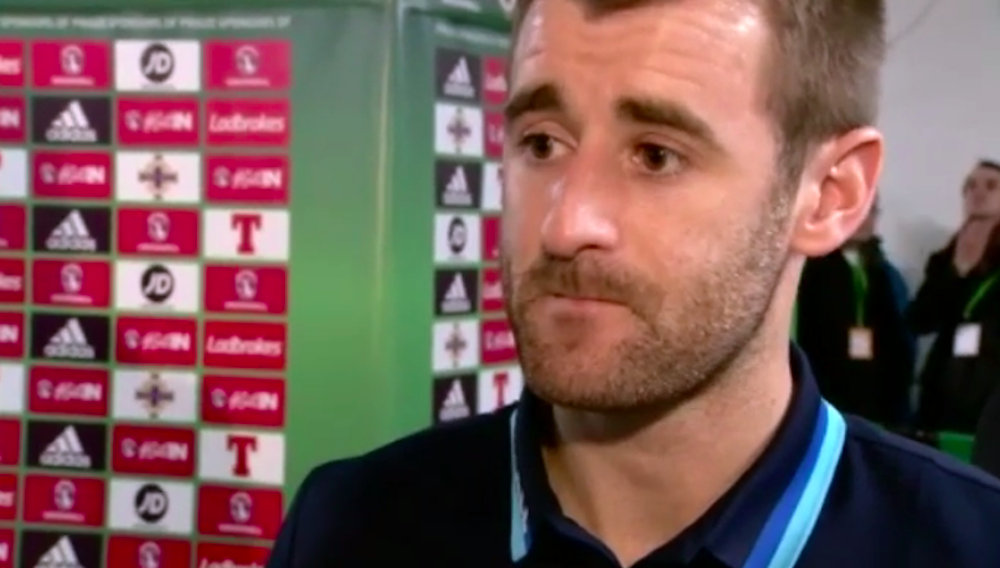 “It’s my 50th cap so it was a great moment for me personally and I was delighted to lead the team out.

“On a personal level it’s an occasion I’ll remember for the rest of my life.

“I was over the moon, since I’ve been in it’s been the norm that if you get to 50 caps then you get the chance to captain your country.

“I was more than comfortable with it although the performance was disappointing. Roll on March (against Norway) now and hopefully we keep the momentum going.

“Croatia are a top ranked team in the world, it was disappointing but now we look forward to the game in March against Norway.

“It was a disappointing result but the most important thing was picking up the three points on Friday night and we’ve done that.

“I’ll go back, work hard and look forward to March.”

Northern Ireland manager Michael O’Neill, who has been tipped as a potential successor to Scotland manager Gordon Strachan, said: “To have 50 caps before the age of 30 shows Niall’s commitment, he comes and he doesn’t always start.

“He is very patience, he always has an impact when he comes so I was very pleased for him.”