SCOTLAND’S controversial Cone Tsar has been dubbed “pathetic” after it emerged not a single penny in fines was imposed last year.

Despite taking no action against firms which carry out badly-organised roadworks, the Office of the Scottish Road Works Commissioner has increased its staff.

And a long-awaited Scottish Government review into the organisation has decided to spare it the axe, instead making 21 recommendations for improvements.

The quango was established in 2005 to try to crack down on firms which regularly bungle roadworks, adding to lengthy travel delays already experienced on the roads in Scotland. 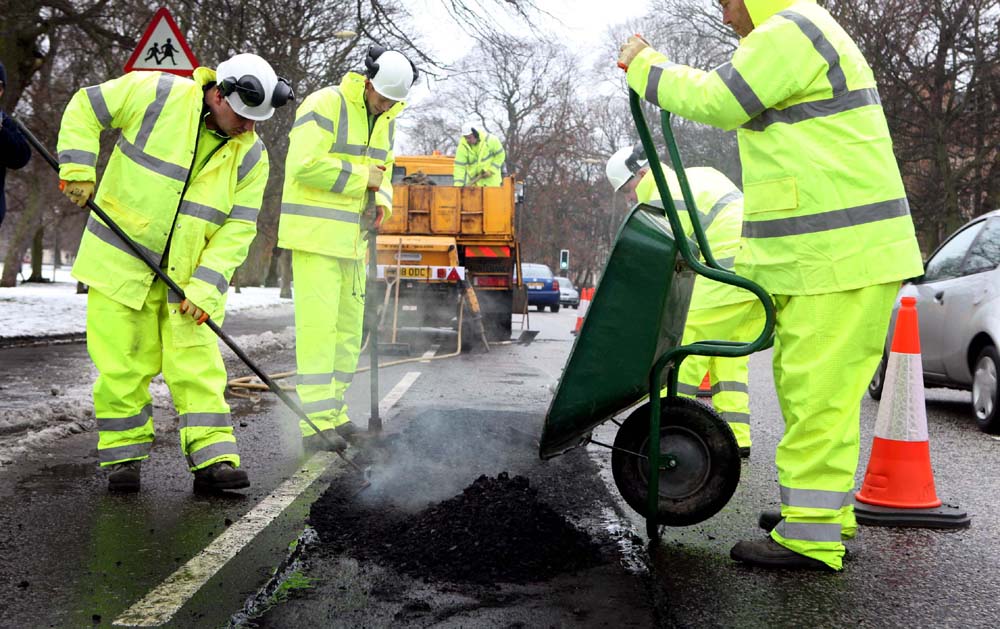 But the organisation, which costs around £300,000-a-year to run, has been under fire ever since. Despite costing the taxpayer £3.3m since being set up in 2005, the Office of the Roadworks Commissioner has imposed just £265,500 in fines.

Now a new report from the Cone Tsar has revealed that the amount of fines has decreased from £57,500 in 2014/15 to “nil” last year. The report adds that staff numbers have “increased slightly”.

Transport Scotland recently finished a review into the office and gave among its recommendation that fines should be increased to cover costs – even though none were imposed last year.

“To have issued no fines whatsoever is absolutely pathetic, and calls into question why this organisation continues to exist.

“No matter what the result of this review, I doubt any of the changes will be enough to justify the Scottish Government continuing to waste more money on it.”

A spokesman for Taxpayer Scotland said: “This quango needs to be abolished. It clearly has a mission of little importance or value.

“The Scottish state needs to get a lot tougher on its over spending on bodies like these which live off our taxes.”

And Neil Greig, Director of Policy and Research at the Institute of Advanced Motorists said: “It all comes back to that it was meant to be a consumer body dedicated to helping drivers.

“The reality of what they do is administer fines but that’s tailed off. In time I would like to see things get better but with more people, less fines and no obvious improvements on the road, it shows there’s still no focus on the consumer.”

He added: “We support an increase in the level of fines. The income could be use to look at the longer term problems caused by poor quality work. It’s often only several years down the line that a problem occurs by which time it almost impossible to prove who did the work.”

Last year, Minister for Transport Derek Mackay announced an independent review would be held this year into the function of the Cone Tsar, including its “enforcement” powers.

Earlier this year, the Edinburgh-based organisation revealed they had abandoned individual reports for 2014 and 2015 – because there was no Cone Tsar for part of the time.

They blamed the decision on the fact there was no Roadworks Commissioner for five months last year – later releasing a 2014-2016 report over recent months.

Fines have included £50,000 from BT in May 2013 – the maximum amount the commissioner could impose – for “serious failures” including unsafe working practices, failure to co-operate with Highland Council, working without valid notification and using workers without correct qualifications.

Other culprits included six utility companies, among them Vodafone, Openreach and Scottish Power, which were fined £57,500 in June 2014 for failing to comply with legal requirements when placing cables and wires in roads.

The Cone Tsar’s workforce in the year 2014/2015 was the commissioner himself and the full-time equivalent of 4.5 staff. That rose last year to the commissioner, five permanent staff and “0.75 other”.

The annual report also stated that the commissioner earns a yearly salary of up to £68,693, more than was issued in fines over the past two years. Staff earn up to £41,596 a year.

A Transport Scotland spokesperson said: “A recent review into the regulation of road works, including the role and functions of the Scottish Road Works Commissioner, made a number of recommendations for improving enforcement and strengthening the existing powers available to the Commissioner and roads authorities.

“These included recommendations for increases in the levels of penalties which can be imposed for non-compliance. We are currently working up options for implementing the agreed recommendations and these will be subject to public consultation in early 2017.

“We are absolutely committed to improving how road works, including utility road works, are managed in Scotland.”

The Office of the Scottish Road Works Commissioner did not respond to a request for comment.