Hibs head coach Neil Lennon admits Scotland midfielder John McGinn is facing up to two months on the sidelines due to his persistent ankle injury.

Lennon has conceded that surgery will eventually be required to mend a calcified bone in the player’s left ankle, with McGinn likely to need between six and eight weeks to recover from the procedure.

The influential playmaker has been affected by the worsening problem in recent matches and Lennon admits the 22-year-old will go for the operation when he decides he can no longer tolerate the pain. 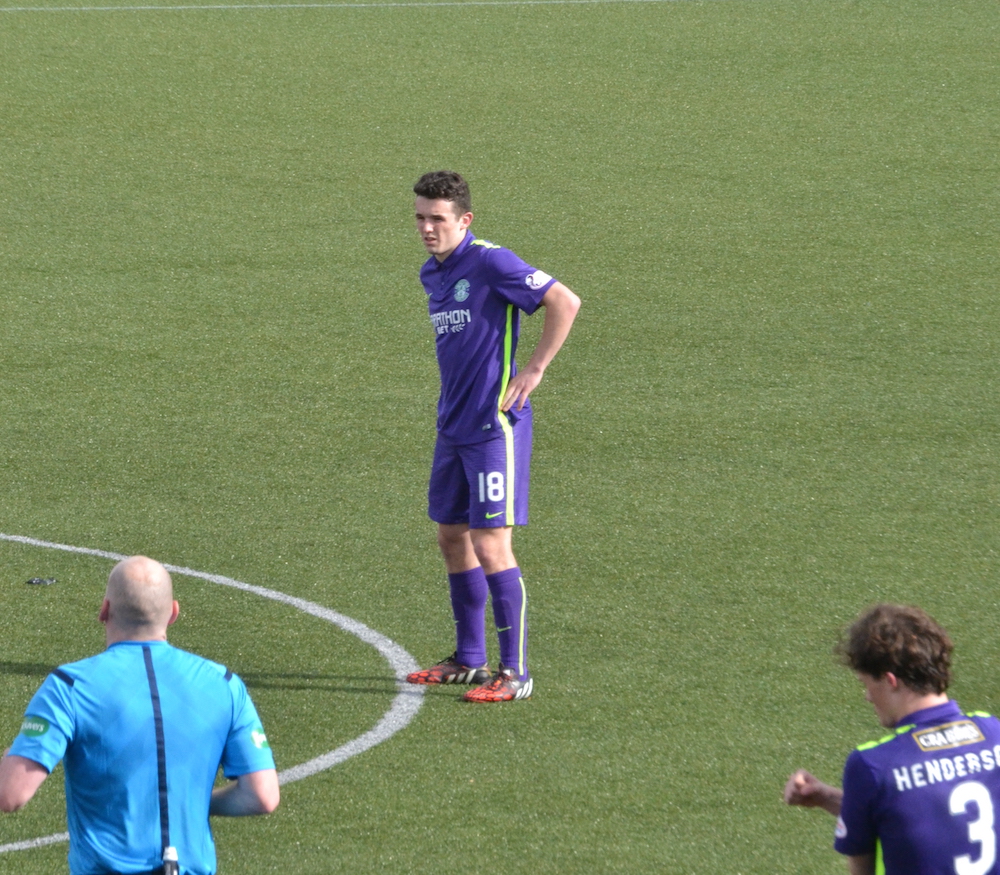 The impending loss of the former St Mirren player would be a significant blow to the Championship leaders, with McGinn having shone in his 14 appearances for the Leith outfit this season – but Lennon admits surgery cannot be avoided.

Lennon, whose side host Queen of the South tomorrow, said: “It’s a case of managing John although it’s inevitable that he’s going to need surgery. It’s just how long he can go on.

“We’re looking at him being out for six-to-eight weeks, it’s something I don’t want to rush into but it will depend on how John is feeling.

“He is such an important player for the team and the club but unfortunately this is an issue that needs to be taken care of because it’s not going to get any better.

“There is going to be a cut off point when he’ll say: ‘look gaffer, I just can’t’.

“The other thing is that because of the problem he has with his left ankle, his right knee is compensating for it because he is putting a lot of weight on that.

“Every now and then he is getting a bit of fluid in the right knee. It’s not just the ankle problem, it’s the compensation for it elsewhere as well.

“He has certain levels of discomfort at the minute but if you looked at his performance at the weekend against Falkirk you couldn’t tell.

“He was unbelievable, he carried the game for us at every opportunity. He had so many attempts at goal and set up the goal, he was a real driving force.”

Lennon, meanwhile, insists not knowing what league they will be playing in next season is a factor in opening contract talks with the 13 players, including captain David Gray, Lewis Stevenson and Fraser Fyvie, that are set to become free agents next summer.

Lennon added: “We’ll speak to one or two going forward but the renumeration will be, are we going to be playing in the Premiership or the Championship next season?

“We haven’t opened up discussions with any player as yet as it is important and the lads are aware that they just have to concentrate on winning games at the minute.

“The players want to create a gap between us and the rest and maybe at the turn of the year we will sit down with one or two and talk to them.

“The majority of the players are enjoying their stay here and enjoying what we are trying to do.

“They like the club and we do have an aye on the contract situation, and there are one or two that I would like to tie down on longer term deals but we haven’t opened up negotiations just yet.”