Hibs head coach Neil Lennon admits he is hoping to put off John McGinn’s ankle surgery until after the forthcoming Championship top of the table clash at Dundee United.

The Scotland cap shone in Saturday’s 4-0 thrashing of Queen of the South before being replaced by Jason Cummings in the 68th minute.

With the problem worsening, the 22-year-old had been a major doubt for the visit of the Doonhamers. 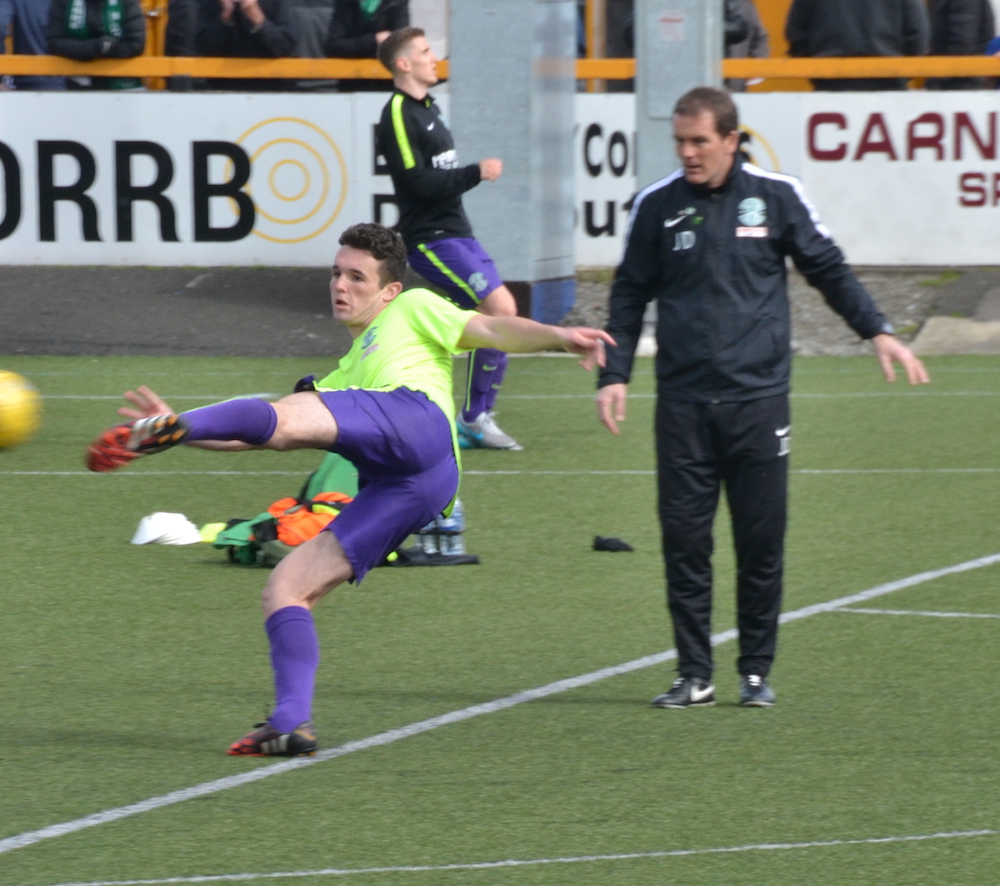 But former Celtic boss Lennon is keeping his fingers crossed that the op – which will rule McGinn out for up to eight weeks, can be postponed until after the December 2 clash at Tannadice.

Lennon, whose side are now three points clear of United at the summit, said: “If he’s not 100 per cent fit, I would hate to see him when he is. He’s magnificent.

“He came through it and I don’t think there is any added damage to what he has. He was brilliant, a real driving force.

“It will be up to John when he goes for it. If he keeps playing like that, (it will be) May.

“He’ll probably want to have it done ASAP so he doesn’t miss many games going into the New Year but from our point of view we want him for Dundee United in a fortnight.”

Brian Graham put Hibs ahead after eight minutes on Saturday before Chris Higgins was credited with an own goal when McGinn’s shot took a deflection three minutes before the break.

Lennon added: “In my time as a manager at any club, that’s one of the best performances I’ve seen from a team against any opposition.

“It could have been double the score comfortably. We looked powerful, intense, hungry – the quality of the football and the chances we created was superb.”