The Stark’s Park men host Ayr United knowing a victory would propel them into third in the Championship table as they bid to earn another shot at promotion this season.

A goalless draw at Dumbarton on Saturday left the Kirkcaldy side without a defeat since October 1 but Davidson insists they must be wary of old Dundee team-mate Harkins as they seek another positive result tonight. 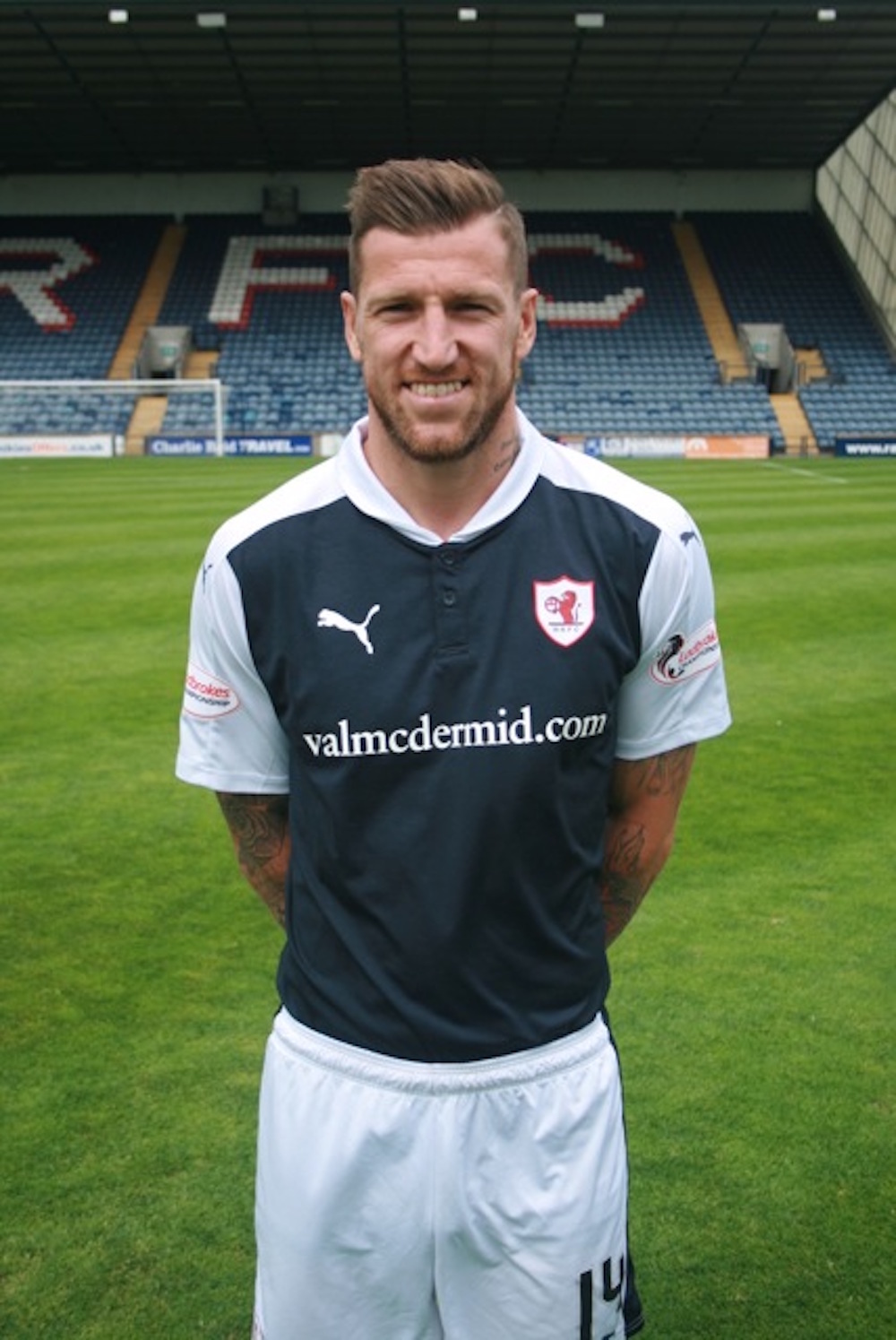 He said: “Gary is someone I know very well. He’s a good lad and on his day he’s a very, very good player.

“He has great ability and if you give him time he’ll create things and make things happen.

“He’s obviously got a goal in his locker as well and from 40 yards in he can create something out of nothing.

“He’s a flair player and we’ll need to keep an eye on him and maybe need to give him a bit of extra attention.

“It’s going to be a tough game but the emphasis is on us to try to win and to be positive. Hopefully we can get the result.”

Davidson has been pressed into action as an auxiliary right-back in recent weeks because of injury to captain Jason Thomson.

But, although he admits he does not have all the qualities of the modern-day full-back, he is enjoying being part of a mean Rovers defence which has racked up four clean sheets in their last five outings.

He added: “It’s different. It’s completely new to me but since I went back there defensively we’ve been alright. So, I can’t argue with that.

“I’m not going to be the most attacking full-back in the world but defensively I’m always going to be pretty sound.

“I’m playing and I’m enjoying it, so it’s fine. It’s another position added on late in my career.”

Manager Gary Locke, who has no new injuries to contend with, is delighted with his side’s current run, but admits their three goalless draws have been frustrating.

He said: “Looking at it you’re maybe sometimes better losing one and winning one because you’re a point better off.

“But when you’re on the run we’re on you want to try to keep that momentum going.

“It’s all about trying to find some consistency and if you go five or six games unbeaten then hopefully that will be enough to keep you at the right end of the table.”